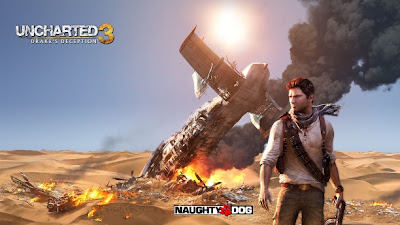 
Once in awhile a game comes along that redefines expectations – something so new, so spine tinglingly delightful, executed to perfection and megaton in levels of invention, gameplay and sheer awesomeness…

The Uncharted games on PS3 have so far both been key examples of the above – so the pressure is on developers Naughty Dog to come up trumps with their third game in the series.

Now having been playing the Uncharted 3 BETA for 2 weeks solidly (it knocked every other game off our PS3) I’m delighted to report that Uncharted 3's multiplayer is a serious beast of shootin, climbing, treasure collecting and beating the crap out of your enemies… And it rocks!! 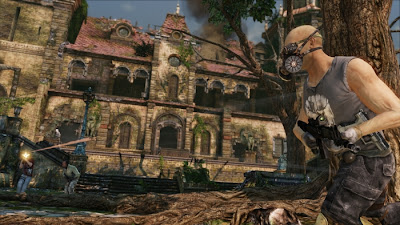 "character customisation allows for some good variation"
In a Call of Duty style there are plenty of perks and badman weapons to unlock – plus outfits for your character and taunts etc. It’s a god system and it really adds to the gamplay experience as you’ll find yourself risking life and limb dashing into fierce crossfires in suicidal dashes to grab a key piece of treasure.

The BETA brings three levels – an airstrip, chateau and Yemen – all are rich environments packed with really inventive features, e.g. the airstrip level begins with a mad chase of a fleet of lorries all after a cargo plane which is racing down a runway trying to take off. You start either on the plane or one of the trucks and have to leap between the moving vehicles shooting and scrapping as you go. The moving vehicles is a feature rarely scene in multiplayer maps (one notable exception is the Killzone 3 train set level) and it shows just how ambitious Naughty Dog are in bringing something new to this run and gun genre.

The Uncharted games have always had a brilliantly cinematic single player experience – definitely the nearest thing yet to actually starring in your own action flick but it looks like this time the multiplayer experience will be every bit as amazing. Shooting game fans are in for a massive treat when Uncharted 3 hits this November – this really is potentially the game of 2011 and that’s not a claim to make lightly as we have Battlefield 3, MW3 and Gears of War 3 all clamoring for shooting supremacy. 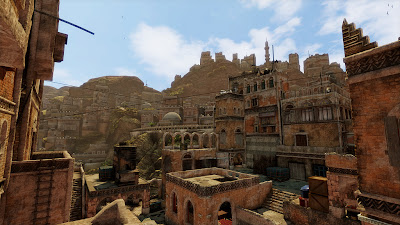 "take a trip to Yemen - love the scenery - try not to get shot..."
Graphically Uncharted 3 is head and shoulders above the excellent standard of even Uncharted 2 – the rich colourful settings and absolutely brilliant character models who move convincingly whether climbing, rolling or fighting… it is breath-taking stuff.

Of the two levels the chateau is a broken down mansion flanked by two serious turrets and has a zipline down which you can fly whilst unleashing hot lead death from above. The airfield (after the plane has taken off) is dominated by a large warehouse with metal walkways and multiple lines of sight, plus cargo containers – any of which could hold a hiding enemy… Both environments are tense, paranoia inducing and seriously good fun!

The weapons of Uncharted 3 are nicely balanced with the AK47 being the standard rifle, plus old favs from Uncharted 2 such as the Dragon Sniper and Sass shotgun – plus RPG (which can be accessed via in game medal collection) and grenades, handguns (got to love the machine pistol) etc. There is a good variety and most games seem to have a decent amount of give and take as the teams are balanced by player ranks.

The kickback bonuses such as RPG are nicely diverse too to suit various play styles with a smoke bomb e.g. that allows you to escape from battles, or a boost of never ending ammo for a certain time… These can really help swing the tide of a fight and gives you real incentive to keep collecting medals which you get for pulling off various kills, stunts and feats.

So as the BETA hits open PSN access this week – get ready to Team Deathmatch your heart out, rip it up in 2 vs. 2 vs. 2 co-op death match or just lose yourself in hours of gunslinging action multiplayer action… 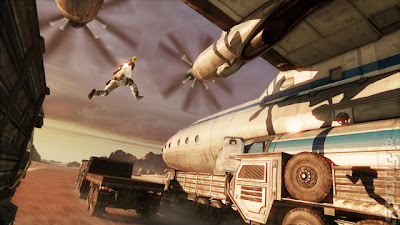 "you don't get to do this in Call of Duty multiplayer"
Nothing comes close to delivering the pure adrenalin thrills of Uncharted 3 – if you’ve yet to download the BETA, stop whatever you’re doing and go get it now. This is the future of multiplayer, if you don’t currently own a PS3 this is the game you’re going to need to buy one to play!!