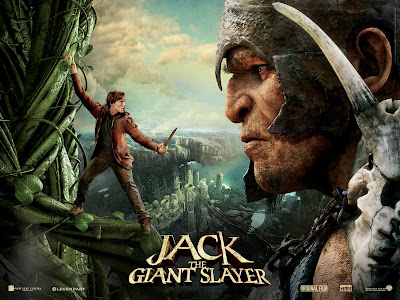 "Fee, fi, fo, fum…ask not whence the thunder comes, for between heaven and earth is a perilous place, home to a fearsome giant race, who hunger to conquer the mortals below, waiting for the seeds of revenge to grow...”

Got that? Yes, here comes another fairytale-em-up with a monstrous budget, heavy-duty special effects and a cool cast.

It’s time to face the threat of some seriously nasty giants who want to grind our bones to make their bread, with X-Men and Superman director Bryan Singer calling the shots.

In this retelling of the classic story, Jack (Nicholas ‘Warm Bodies’ Hoult) is a farm boy in the uncomplicated kingdom of Cloister. King Brahmwell (Ian McShane) rules the lands and life is generally good, but everyone lives with the fear that the giants of their legends might not actually be so mythical.

Princess Isabelle (Eleanor Tomlinson) gets into a spot of bother in a marketplace where Jack happens to be watching a troop of dramatic dwarves led by the excellent Warwick Davis retelling the giants myth in a vaudeville style.

"Royale Princess - wants to be Batman!?"

Jack stands up for the royal hottie and it becomes clear that these two are meant to be together. Alas, he is not of royal blood so can never be her beloved.

This doesn’t stop Jack getting his magic beans moist one rainy night when Isabelle seeks shelter at his farm and before you can say ‘Fee, fi, fo, fum’ a hulking CGI beanstalk has whisked the princess up to the kingdom of a race of giants led by the nasty two-headed Fallon (Bill Nighy).

Cue rescue attempt from a band of knights plus Jack who include the noble Elmont (Ewan McGregor), his man at arms Wicke (Ewan Bremner), and Sir Roderick (Stanley Tucci) who is Isabelle’s shifty betrothed who may have something sinister on his mind.

The film shifts in to full on adventure mode with a winning mix of humour, derring do and a full scale giant assault which has shades of Lord Of The Rings or Narnia.

I went not expecting much, having been only mildly impressed with the big budget reboots of Snow White or Hansel and Gretel, but came away impressed because Jack The Giant Slayer is a decent family adventure that delivers more fun-per-moment than the recent Oz The Great & Powerful.

So even if you feel let down by other offerings in this genre, this is one fairy tale worth taking a look at on the big screen..

Horror öö  – not too grim 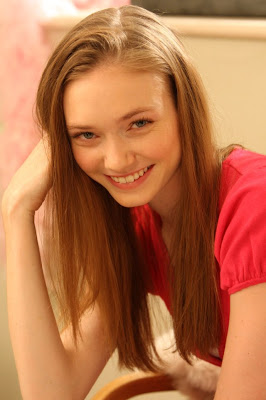