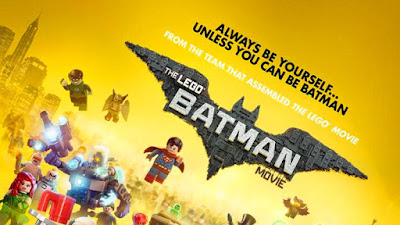 The Lego Batman Movie (U)

Everything is super awesome in this Bat-fun spin-off from the superb Lego Movie. Batman in his loveable Lego guise (gruffly voiced by Will Arnet) rises to the call when the Gotham is threatened by The Joker (Zach Galifianakis) and possibly the most terrifying all-star group of baddies and monsters ever assembled. But this time it’s possible that Batman – who always works alone - will need accept the idea of getting backup and not from his usual Justice League pals. 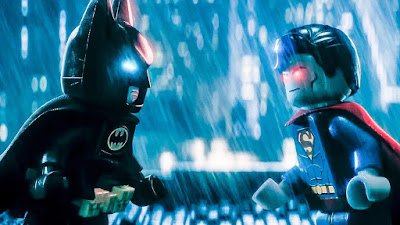 Also on Batman / Bruce Wayne’s mind is having to deal with becoming the adoptive father to Dick Grayson / Robin (Michael Cera), thinking through his relationship with his mentor Alfred (Ralph Fiennes) and working out his possible romantic feelings for new Gotham Commissioner Barbara Gordon (Rosario Dawson). And feelings are Batman’s one weakness…

The Lego Batman Movie is a hyperactive blast of feel-good superhero adventure which is totally meta and packed with a ton of quick fire Easter egg cultural references that will have anyone with even a passing interest in super-em-up films grinning from start to finish. Whenever the action lulls there are brilliant cameos from other movies and TV including King Kong, Voldemort, Sauron and even the Daleks (who the narrator tells US audiences to ask their ‘nerdy friends’ if they don’t recognize them).

This might just be the most merchandisable film ever too – as you can pretty much buy every single vehicle, character and setting in all their Lego glory and play the virtual incarnation on your Playstation too.

The Lego Batman Movie is exactly what we need to put 2017 on track – providing a brilliantly irreverent comedy that feels like a kind of Deadpool junior (the opening credits themselves are some of the best ever). Bat fans everywhere are well served with classic characters, Batsuits and pop culture references but newcomers and for those too young to have witnessed The Dark Knight on the big screen this is likely to be an addictive gateway drug. 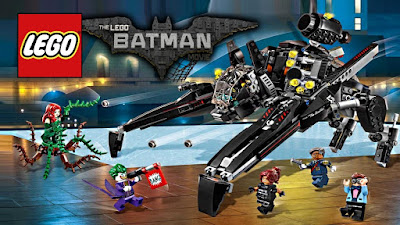 A Bat-blast of fantastically fun big screen super action – The Lego Batman Movie is a triumph and hopefully a wake up call for those making the live action batflicks. Don’t deny yourself this undiluted endorphin rush, everything is awesome (again).

Awesomeness öööö – So many incredible scenes