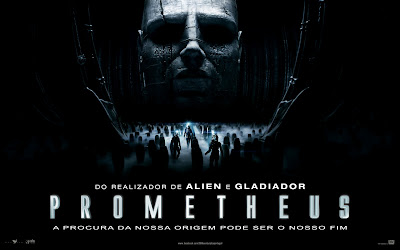 Before the fateful events of the original Alien movie it seems that there were creatures from outer space tinkering with genetic DNA both on our planet and others.

Could these ‘Engineers’ have been the origins of life on Earth? If they were, who created them? And perhaps more importantly to fans of the Alien franchise, how and why did they come into contact with the acid blooded xenomorphic killing machines from the Alien films?

With Prometheus, Director Ridley ‘Alien and Blade Runner’ Scott sets about delivering some seriously cool, visually stunning and intriguingly thought provoking sci-fi, the like of which we have not witnessed for a long time. 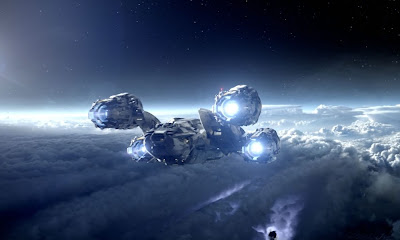 There are no Predators here and none of the crassness that the Alien vs Predator films have managed to sully the Alien franchise with either. No, Prometheus is something much more akin to the original Alien. The fate of the universe is in the balance again – because we humans can’t help poking our noses in when we find images in archaeological digs all over the Earth where ancient civilizations that shared no contact, somehow drew the same pictogram. Turns out it’s an invite from space…

The crew of the ill fated Prometheus (a scientific exploration ship named after the Greek Titan who purportedly brought fire to man) include feisty researcher Elizabeth Shaw (Noomi Rapace), synthetic human android David (Michael Fassbender), icy corporate type Meredith (Charlize Theron) and maverick captain Janeck (Idris Elba). Each are on board for different reasons but all want to discover if the alien life forms who left us the invite are still waiting for us to visit. 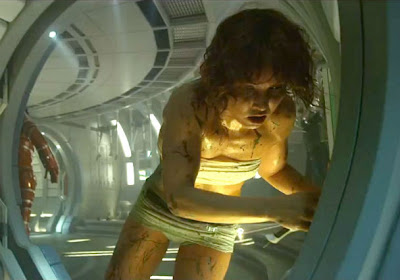 
Scott does a fantastic job of re-shuffling the basic elements from his classic Alien film – including Rapace as the strong female who must pit wits against an alien foe wearing just her underwear. But Prometheus is less a straight horror prequel and more as a fascinating glimpse into a fantastic exploration of the Alien universe.

There is plenty of meticulous tense build up, some seriously icky human / alien interaction and a nice overall sense of creeping dread. Don’t go expecting gung-ho man versus alien gunplay (although there’s plenty of room left for a second Prometheus film that could take the ‘Aliens’ route).

Effective, compulsive and altogether a fitting addition to the Alien cannon, this is freaky sci-fi at it’s best.

ööööö - In space, no-one can hear your jaw drop.

Spiritual Enlightenment ööö – are we human? or are we dancer? 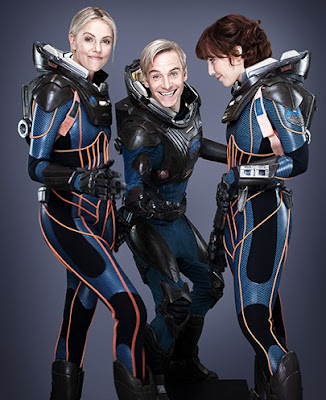 "Theron - out of this world"