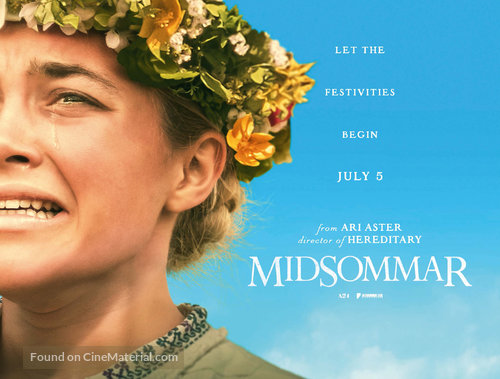 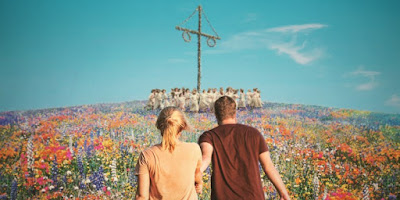 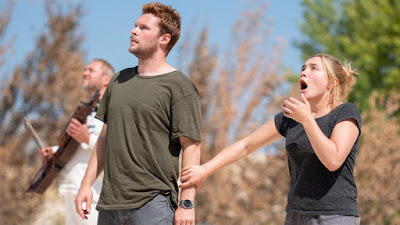 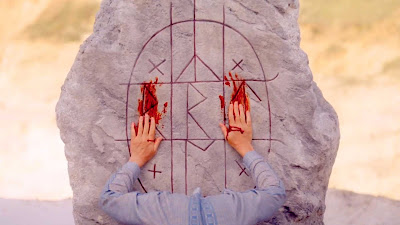 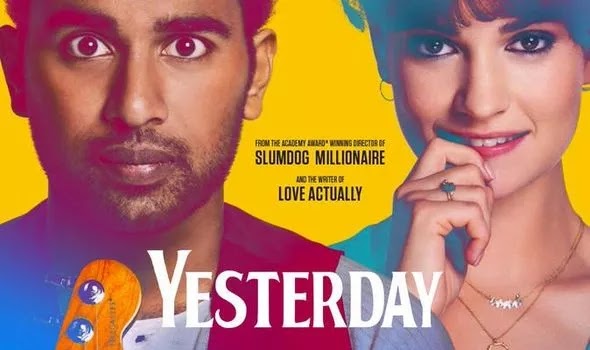 
“No one’s ever written this many great songs. How do you do it?”

When you absolutely must have a feel-good romantic comedy – Richard ‘Love Actually’ Curtis is your man – here he teams up with director Danny ‘Trainspotting’ Boyle to bring a musical spin to the well-worn boy / girl formula.

The plot sees struggling musician Jack Malik (Himesh Patel) whose lack of success is making him think he should just give up. The only people who seem to support his dreams are his childhood friend Nick (Harry Michell) and loyal manager Ellie (Lily James).

Jack’s world is rocked one night when a freak occurrence sees the whole world ‘lose’ memories of things like cigarettes and more importantly the band ‘The Beatles’… He gets hit by a bus and wakes up to discover that The Beatles have never existed so quickly sets about claiming their music as his own. 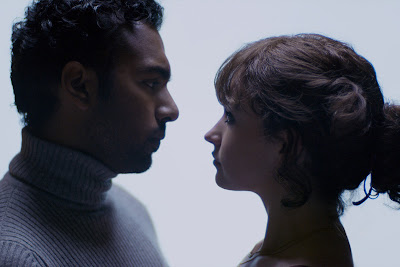 On the back of some of the best tunes the world has ever known Jack quickly becomes a massive star, but the price of fame is that he risks losing Ellie’s as yet unrequited love. Does getting to mix with the likes of Ed Sheeran (who delivers a nice cameo) and find worldwide fame make up for forsaking his true love?

Patel whose acting chops were cut in EastEnders is extremely likeable and can carry a tune which helps. Lily James is great as the girl next door high-school teacher and the two have winning chemistry which is essential to the love story at the heart of this slightly odd tale.

Sure, it gets gooey but it’s handled with Curtis’s stylish crowd-pleasing charm and Boyle directs with a confident hand even if there isn’t much room for him to dazzle with is trademark flair.

A mild element of peril is introduced as it appears that someone might be on to his plagiarism – will Jack be exposed as the sham that he is or can he find a way to pull off his superstar status and maybe win the heart of the girl too? 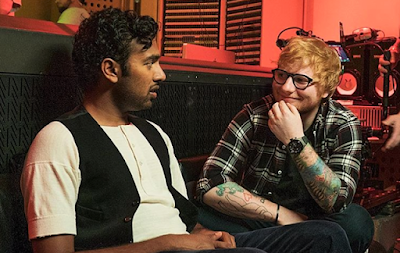 Yesterday’s masterstroke however is the tunes of The Beatles – they are so good that even as the predictable plot unfolds the sheer genius of the songs keeps you going. There’s enough humour and well observed notes on fame and heartbreak to make this a worthwhile investment of time.

Smash hits and love – they say all you need is love but why not have both!?

Horror ö – Nothing to report

Spiritual Enlightenment ö - Plagiarism isn't all it's cracked up to be...


Dario Argento, The Soska Sisters and Matt Adcock to attend...


The UK’s biggest and boldest horror and fantasy film festival is celebrating its 20th bloody year.

Since 2000 it has made its indelible mark, not only on the ever-burgeoning horror community but also on the UK genre landscape as a whole. The internationally renowned event leads the way in attesting to the versatility of the genre, its reinvention and its growing importance in the cultural landscape and this year is no exception. 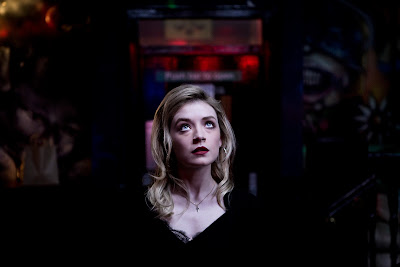 'A Good Woman Is Hard To Find"

In a first for FrightFest, there will be a special preview of MAN OF MEDAN, the first game in The Dark Pictures anthology. This will be followed by a Q&A session with the key development talent behind the game. The much anticipated interactive narrative horror adventure, developed by Supermassive Games and published by Bandai Namco Entertainment Europe, brings supernatural horror on board a ghost-ship adrift in the South Pacific. It is set to be released for PlayStation 4 and other platforms Aug 30, 2019. 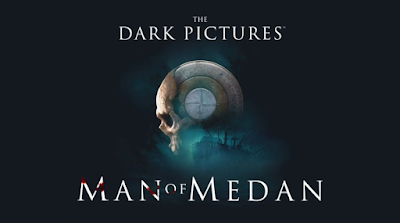 Festival co-director Alan Jones, said today: “Over the last two decades we have tirelessly introduced our committed audiences to every trend, every new talent and every innovation that has put horror back in the collective cinephile conscious. Even after 20 years. FrightFest’s August event remains a key destination to see the latest genre movies in the manner for which they were made - on the Big Screen surrounded by fellow fear-mongers. Remember, it’s our party and we’ll scream if we want to!”

This year’s guest list, special events and the Short Film Showcase entries will all be announced in the coming weeks. 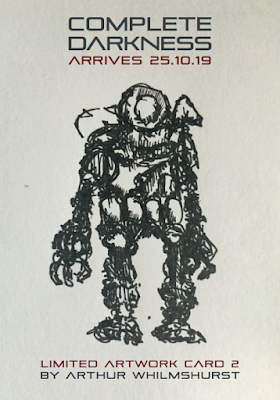 'Sneak peek - one of the possible collectable cards'

Those who attend will also get a one of a limited edition art card range inspired by the forthcoming dark-edged novel COMPLETE DARKNESS by Matt Adcock... More on that soon!?

Festival passes will go on sale Sat 6 July at noon and will only be available to buy online: http://www.frightfest.co.uk/tickets.html


Single tickets will go on sale on Sat 20 July from 9 am.