Matt meets The Last Traven (review) and their creator 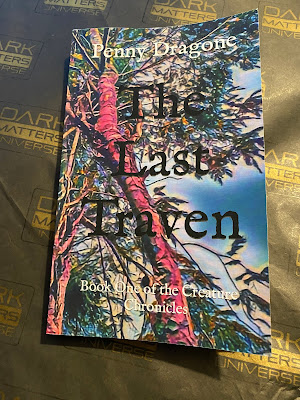 The Last Traven: Book One of the Creature Chronicles

"Long ago, before all the trees had names, before rivers ran down the mountains, and before life became divided by race, there lived demons..."

Once upon a time in a far-away land where humans were but a myth, lived demons of immense magical abilities. This is the back story for The Last Traven which sees new fantastical races of creatures created by the all-powerful demons – if only to battle each other for the amusement of their magical overlords.
A powerful Book of Demons was created which had the power to unite the three races of creatures (The Ferons, Granicians and you guessed it Travens), but instead of harmony the book only fuelled war. Meet young Avia – sole survivor of a genocide which leaves her as the last living member of her race – yes she is the ‘Traven’ of the title. Sworn to seek revenge on those who massacred her loved ones and took the Book of Demons for themselves – this is her story of vengeance, love and magic. 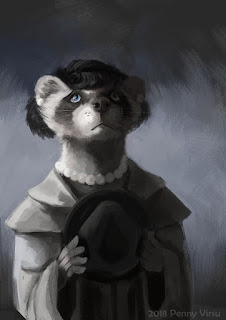 If you google Penny Dragone and get this - I'm told this isn't a pic of the author!?
As the demon Olivia escapes from the book and becomes involved in the life of Avia and those around her, destiny may be harsh for all who cross the path of the last Traven. Penny Dragone has created a fun and exciting fantasy adventure here which tells ancient tales echoing Romeo and Juliet among others and mixes them with a treatise on guilt, friendship, and bloodlust.
This is a fun book that keeps you turning the pages to find out how it will all end and it leaves the door open for another book in the Creature Chronicles series to follow.
Out of a potential 5 - you have to go with a Darkmatters:

(5 - Fans of fantasy should certainly seek this out!!)
Buy your copy of The Last Traven here

I had the chance to ask the author some Q's and here is what she said:
Matt: If scientists ever managed to create a giant mecha version of you – who or what would be your nemesis?
Penny: My own vengefulness. I would lose control of my need to stop all who have or will do wrong. My new strength would consume me and I would want to use it constantly.
Matt:  What is the most disturbing fictional scene you’ve ever read or watched in a book / film of any genre?

Penny: I would have to say a book I read about Vlad the Impaler. Learning that he was able to enjoy a meal with enemies impaled on stakes around him truly disturbed me.
Matt: If you were hired to throw a parade of any scale or theme through the centre of London what type of parade would it be?

Penny: It would be a parade of every mythological creature from all the old folklore...selkies, dragons, griffins, minotaurs, fairies, centaurs and so on. Magic would come to life.
Matt:  You’re in a strange town with £100,000 that you have to spend in a single evening – talk me through what you get up to…
Penny: I would find a derelict old mansion that had been uninhabited for hundreds of years due to obvious evidence of hauntings. I would purchase it and prepare to meet fascinating beings from the other side.
Matt:  You’re asked for a line of ‘Wisdom’ that will be taught to every citizen on earth - what is your line??
Penny: Take chances so you will not one day regret what you missed. In the words of Irving Stone "...it is better for him to have said it; now perhaps it won't fester in the dark places of his mind."
Matt:  There’s a masked assailant with a gun to your head, who is most likely to be under the mask?

Penny: My clone that was created unbeknownst to me. It was part of an experiment with hundreds of others that were meant to be destroyed, but somehow my clone was not. It grew, surveilled me and waited for the opportune time to remove me and steal my identity.
Matt: What is the meaning of life?

Penny: To better our world, be it through art, music, athletics, wisdom or simply by just being ourselves. Smile at someone who is used to seeing frowns; help a stranger; plant a tree. Any small thing done in one's lifetime to make this a better place, is the reason we are here.
Matt: What was the best gift you’ve ever been given?

Penny: My children. They have taught me to be patient, selfless and compassionate.
Matt: If you could have a sidekick robot – what would it be able to do for you?

Penny: Transport me through time so I may go on endless adventures. I would witness the building of the pyramids, the planning of StoneHenge, fight beside King Arthur and visit with my ancestors.
Matt: What would you like written on your tombstone?

Penny: It's been real, it's been fun, See you again when there's no sun.
Find out more about Penny's work and world - check her INSTAGRAM / FACEBOOK
Read more Sci-fi!! Click this banner...