Matt is THE BATMAN (review) 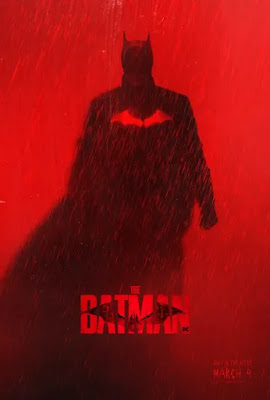 THE BATMAN (15)
Dir. Matt Reeves (@mattreevesla)
Reviewed by Matt Adcock (@Cleric20)
“I’m just here to unmask the truth about this cesspool we call a city.”
Batman reimagined by the Cloverfield / Apes / Let Me In guy brings a sinister and impressively dark vive to Gotham City where amongst the dubious underworld and dodgy politicians a sadistic killer begins to leave a trail of cryptic clues, and bodies...
Robert 'FFS Twilight' Pattinson dons the cowl and cloak - and despite my reservations about him actually turns out to be an ace new Batman! This film feels a lot like the original detective comic roots of the character and the esthetic is something like SE7EN.
As the plot cranks along (it's a bit long might be my only real gripe) - the evidence begins to lead closer to home and the scale of the perpetrator's plans become clear. Bats  must forge new relationships, unmask the culprit and bring justice to the abuse of power and corruption that has long plagued the metropolis. 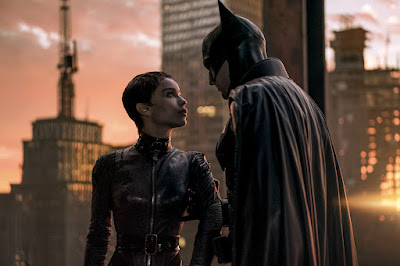 The cast are excellent - full props to new Penguin Colin 'We'll always have that time we met for Miami Vice' Farrell and Zoë Kravitz who is a high quality Cat-woman. Alfred is reincarnated and under-used in the form of Andy Serkis who excells and Paul Dano brings good Riddler sinister / manic disorder - a far cry from the prancing antic of Jim Carrey.
DC have rolled the dice and come up winners with this fantastic reboot - can't wait to see what they do next!!
Out of a potential 5 - you have to go with a Darkmatters:

Laughs öö – The jokes on you Batman

Spiritual Enlightenment öö - Vengeance is mine

Click below to find out about my  dark sci-fi novel...