You see that guy? He’s my neighbour, you know the type, the one who always nods to you as you leave for work? He seems like a friendly sort, often waving or giving a warm smile… What if I told you he was actually a planted ‘sleeper’ agent – placed into my life in order to kill me should I become a threat to the system?

It isn’t easy existing like this – anyone I know could be standing by, just waiting for the order to take me out. Would make a good plot for a film though!?

Killers is that film – my role’s character Spencer is played by the Ashton (still trading on his cute looks) Kutcher, he’s a contract killer, one of the best covert assassins operating for a shady US government dept. His dream of settling down in the suburbs appears to have come true when he meets the lovely and newly single Jen (Katherine Heigl) and the two promptly fall in love.

They make a hot couple notching up several years of married bliss (despite her meddling parents – her dad played brilliantly by Tom Selleck who hasn’t been this good since Magnum). Spencer believes he has successfully hidden his violent past but one day a note from his old boss puts him in danger and it catches up with him fast. 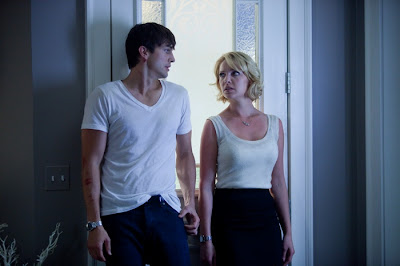 "who's cuter?"
Director Robert ‘The Ugly Truth’ Luketic doesn’t go for classic or cutting edge films – what he does deliver are likeable slabs of disposable fun. Killers is funny, a kind of ‘rom-gun-com’ in the vein of Mr & Mrs Smith and despite Cineworld Luton attendant Paul looking dubious when I checked in – I enjoyed it much more than I though I would.
Ashton is on good form here, he makes a likeable lead and surprisingly convincing action hero, he also rustles up some good chemistry with Heigl who adds another romantic comedy to her growing list.

2010 is serving up some good date movies which add action / violence to keep the alpha males happy. Good times.

Kutcher and Heigl cross paths with Pitt and Jolie from Mr & Mrs Smith and have to fight to the death with automatic weaponry...

Prepare for the future - it hits in September!!

PlayStation Move kicks the ass of all other motion control options...

You have to love e3 - some of the biggest games get announced (Sony rocked up with a new Twisted Metal, Portal 2 and the excellent looking Sly Cooper HD package last night).

SCEE however also announced that it will release the PlayStation®Move motion controller for PS3 in September... And it looks the absolute business!!

The new PlayStation®Move navigation controller, can be used alongside the motion controller for intuitive navigation of in-game characters and objects, will also be available on day one. THe Legend that is Kevin Butler was on hand to mock Xbox 360's Kinect - pointing fingers as a gun? What is this primary school??

LOL - but Sony don't need to tell the gun nut crowd that nobody will want to play a motion gun game that has no trigger to pull... And with more than 16 dedicated titles for PlayStation Move available on the day of launch and 40 more slated to hit throughout the holiday season, both casual gamers and hardcore gamers will have plenty of reasons to clear their coffee tables and immerse themselves in the most precise and ultra sensory gaming experience ever.

PlayStation Move which is out in the UK on September 17th.

Prices are as follows: 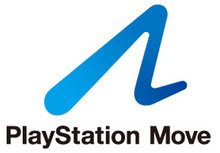 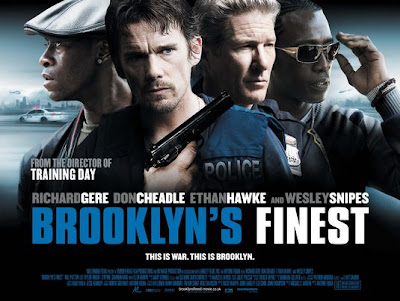 Today we’re riding with Brooklyn's Finest, these are the cops who police the New York’s meanest streets, who put themselves in harm’s way and who deal with the scumbags that threaten to overrun the city.

First up is Sal (Ethan Hawke) a narcotics detective who is swimming in debt and trying to find a way to finance a new house for his sick wife and ever growing family. Next up is Eddie (Richard Gere), he’s a browbeaten cop with over 20 years service who is marking time in his final week before retirement. Finally we have Tango (Don Cheadle), who is deep undercover in a drug dealing operation, so deep undercover that he might be losing sight of who the good guys are.

The triple storylines add different dimensions to the dilemmas faced by different sections of Brooklyn’s Law Enforcement. Many of the plot devices are clichéd and have been seen before (the temptation of dirty money, the feeling of helplessness in the face of rampant crime levels etc) but Brooklyn’s Finest is boosted by fantastic performances from the three leads.

Director Antoine ‘Training Day’ Fuqua has a talent for getting the best from his cast and here he even delivers a cracking comeback turn from Wesley Snipes as Caz – a drug dealer who has turned his life around whilst in prison. Gere hasn’t been this good for a long time and his relationship with ‘heart of gold’ hooker Chantel (Shannon Kane) is very moving.

Themes such as redemption and retribution loom large and overshadow all three plotlines. These ‘finest’ cops don’t necessarily live up to the title, as each is struggling to make sense of the brutal and shifting environment they operate in. There are some great ‘what would you do’ moments that will have you thinking long after the credits roll.

Brooklyn’s Finest actually feels like a kind of sequel to the Oscar winning Training Day – there is serious bloodshed, tragedy and much macho brooding. It all looks good, shot through with grimy tints and high contrast lighting – imagine The Wire with a bigger budget…

They say that every man has a moment of truth but this is war… This is Brooklyn. So if you’re in the mood for some crunching cop action that will hook you in all the way to a heartbreaking finale, Brooklyn’s Finest is the film you’re looking for this week.

Denzel Washington's character from Training Day comes back from the dead at the climax of the film and the three cops here have to battle the undead bad cop to the death!!

Killzone 3 is shock and awe(some) 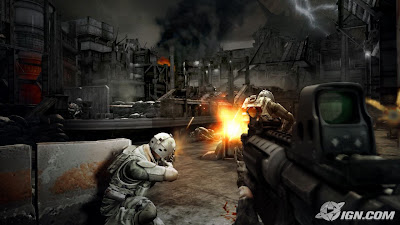 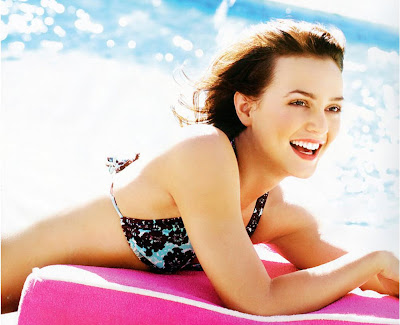 "Everybody smiles when they play Killzone 3"
For babes click HERE
Posted by Matt Adcock at 12:53 pm 1 comments

You must remember a few months back when we reported that international famous playboy Jacques d'Azur was missing - presumed 'up to his neck in mischief'? And how Jacques' wealthy family offered a large reward for the mysterious king of Cannes.

Well, alas he was never found... but Stella Artois 4% discovered the true heir to legendary film producer Jacques d'Azur, and whisked him away to take Jacques’ place at the Cannes Film festival, in the luxurious style that Jacques is accustomed to...

Watch it all here:
Posted by Matt Adcock at 9:18 pm 0 comments

Ghost Stories - a truly terrifying show! Live at the Duke Of Yorks Theatre.

‘I had to sleep with the lights on. A top night out.’ Metro

Direct from a sell-out season at the Lyric Hammersmith, comes Ghost Stories a truly terrifying theatrical experience. Written and directed by The League of Gentlemen's master of the macabre, Jeremy Dyson, and Andy Nyman, co-creator and director of Derren Brown’s television and stage shows and star of Dead Set and Severance this is one event not to miss this Summer.

Here's the official WARNING: Please be advised that Ghost Stories contains moments of extreme shock and tension. The show is unsuitable for anyone under the age of 15. We strongly advise those of a nervous disposition to think very seriously before attending.

Ghost Stories mixes the very best of theatre with the buzz of a thrill-ride, delivering something unforgettable. Just keep telling yourself it's only a show.

You have been warned!
Posted by Matt Adcock at 12:33 am 0 comments

"How far would you go to win the ultimate job?"

Eight talented candidates have reached the final stage of selection to join the ranks of a mysterious and powerful corporation.

In a windowless room, an Invigilator gives the students eighty minutes to answer one simple question.

There are also three rules they must obey or be disqualified:

1. don't talk to the armed guards

The clock starts and the EXAM begins...

Exam Out was released on Blu-ray & DVD June 7th
Posted by Matt Adcock at 12:16 am 0 comments

Email ThisBlogThis!Share to TwitterShare to FacebookShare to Pinterest
Labels: exam 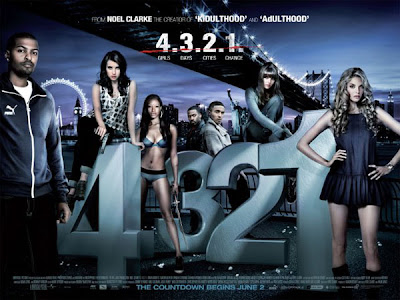 4.3.2.1. (15)
Dir. Noel Clarke & Mark Davis
Reviewed by Matt Adcock
The countdown has started:
4 gorgeous girls – The sexy but downtrodden Joanne (Emma Roberts), the demur but self-harming Shannon (Ophelia Lovibond), the wild and out of control Kerry (Shanika Warren-Markland) and the stunning rich girl Cassandra (Tamsin Egerton)…
3 action packed days – which see the girls involved in stolen diamond heists, violent assaults, shootouts, sex and shopping.
2 cities – and , you don’t need any others.
1 chance – to escape their everyday lives on the mean streets and life the dream.
Noel ‘Kidulthood and Adulthood’ Clarke delivers a new Brit twist on the multiple viewpoint heist movie formula which blazed onto our screens through films like Reservoir Dogs. 4.3.2.1. takes a dynamic, self destructive conclusion timed a t 23.30 on a Sunday night and rewinds the three days leading up to it four times, through the lives of the four girls.
This is basically an FHM reading lad’s wish fulfilment film which casts attractive girls and puts them through three tough days which reverses the charges of sexism by empowering the females leads. Men don’t stand a chance in 4.3.2.1. – they are generally creeps, losers and scumbags, girls however, well girls are tough, hot heroines who can save the day no matter what the odds.

"which one is your favourite?"

" Naughty..."
Stylishly made in the vein of the excellent ‘Go’ from 1999, 4.3.2.1.mixes smart pop culture references, foul mouthed humour and crowd pleasing action scenes with a serious underlying level of threat. The result is director Clarke’s best film to date, he has a cool sense of humour – keep an eye on television news scenes in the background which sport superb headlines such as ‘Chelsea Football Club Declared Bankrupt’. Add in fun cameos from king of slacker comedy Kevin ‘Clerks’ Smith and rapper ‘Eve’, and keep the whole things sizzling with some over the top payback. Clarke appears himself as a dodgy shop worker and EastEnders’ finest veteran Michelle Ryan cuts a swathe as a nasty crime enforcer. Does it make much sense? Not at all. Is it a lot of fun to watch? Absolutely!

"Taking being a babe seriously!?"

All the lead girls deliver good performances, some might wonder if it’s entirely necessary for them each to have scenes in their underwear but they do catch the eye. The four separate tales collide after three days due to some nicely implausible plot twists and it even sets up a potential sequel. Girl power has never looked so good.

"where did I put my clothes?"


Sesame Street puppets kidnap the girls and teach them to sing the 4.3.2.1. song before Kerry breaks free and slaughters the puppets in graphic style...


Check out another review here