Matt ventures Beneath the Asylum (review) 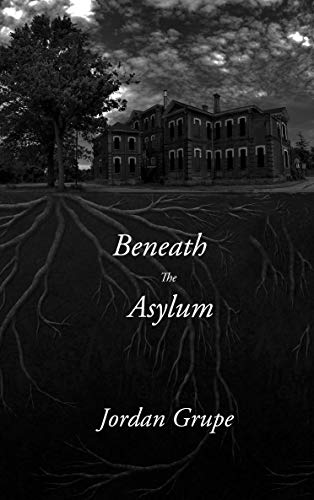 Jordan Grupe (@JordanGrupe)
Reviewed by Matt Adcock (@cleric20)
"In my dream, Marianne is looking at me with disbelief in her eyes.Her face is pale and full of shock. She reaches down and feels the cold steel blade where I've plunged into her belly, and tries to say 'why?' But all that comes out is blood."
This asylum is full of secrets. Some worse than others and Beneath the Asylum is a full-throttle horror ride into the darkness that wants to play with you…
Jordan is security guard at an infamous old mental hospital where he finds something unusual during his routine patrol of the basement tunnels: what sounds like a young girl crying. But that would be impossible…The crying comes from behind a padlocked door in an abandoned section of the hospital – and Jordan feels compelled to investigate - which might be the last mistake he ever makes…
The story that follows is a haunting tour-de-force of harrowing horror. Could the local legends about a secret network of tunnels hidden below the hospital be true? And if they are how could anyone be alive down there? And what are they eating? Each other? The patients? As the young girl mysteriously disappears but also still seem to follow him and play on his mind. It all starts to get creepily bizarre.
Grupe ratchet’s up the gut-wrenching grimness with fine style and shows that he’s a quality purveyor of fictional gruesomeness. The fact that he claims this isn’t entirely made up just adds to the fear factor. If you’re looking for some decent horror book yourself in for a night Beneath the Asylum – if you emerge from the maze of tunnels come morning you’ may well need the facilities of a mental hospital.
Recommended for fans of scary stories!!
Out of a potential 5 - you have to go with a Darkmatters:

ööööö
(5 - Horror has a new home ...)
Buy your copy of Beneath the Asylum here
Click the banner below to check out some dark sci-fi...

What happens when a grieving mother uploads the consciousness of her tragically killed daughter, Iris, into a stolen synthetic body?

That is the core plot of the exciting and challenging new short cyberpunk film VENUS. When Iris is torn out of her idyllic digital afterlife and on the run in an​ oppressive futuristic city, she has to confront her body's objectification and its violent capabilities, as well as the consequences of her mother's actions.

Andrew McGee’s VENUS is a short live-action science-fiction film inspired by cyberpunk classics like Blade Runner and Ghost in the Shell, and more broadly, films such as Ex Machina, Under the Skin, and Cam. It stars Margaret Clunie (Victoria, Last Christmas) in the lead role and is made by an obviously passionate and skilled team led by McGee. Where 'Cyberpunk' excels is in blending lowlife and high tech, depicting futuristic urban dystopias in which advancements in technology raise questions about cybernetically enhanced bodies and so much more. Concepts such as the implications of digital worlds, and what it means to be human, all against a backdrop of social upheaval and extreme inequality – this is a head trip you’ll want to take. 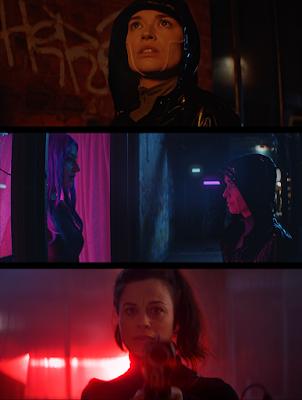 I asked the makers for their thinking and they said:

“It seems like an obvious genre through which to also explore crucial modern-day issues of sexism, sexuality, and objectification. Yet it's rare to see these worlds from the perspective of a female protagonist while also engaging with these issues. VENUS intends to do just that, as well as embracing the action, excitement and compelling visuals of the genre. The story is about the relationship between Iris and her insurgent mother, who goes to desperate lengths to bring her dead daughter back to life; as a result, Iris is thrown into a hostile world in an unfamiliar body designed for sex and violence. The film is a progressive representation of gender and identity in the most progressive of genres. The intention is to create a thrilling and thought-provoking short film with a real-world importance.”

I really enjoyed this short burst of neon-lit adventure and am delighted to report that it is in being considered as a proof of concept to launch a full-length feature film. The run time encompasses action, excitement, and the compelling visuals of the genre, while sensitively exploring themes of identity, gender, and objectification from a unique perspective. The script was also a ScreenCraft finalist, one of the biggest international screenwriting competitions.

“I’ve always been creative, writing stories as a child and drawing comics about my dog, which I look back on as storyboards. I wanted to pursue acting as a teenager, but eventually felt more comfortable behind a camera. I love the collaborative process of bringing so many different artists together, from actors to composers to set designers.” 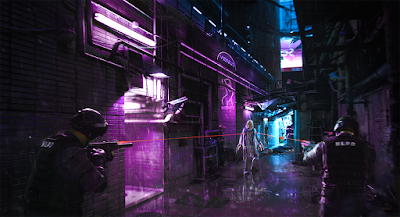 When you get chance – seek this film out and plugin at your first availability. Why not throw some backing into the kickstarter and become part of this subgenre of science-fiction in which advancements in technology raise questions about artificial intelligence, body modification, corporate power and resistance, and what it means to be human… 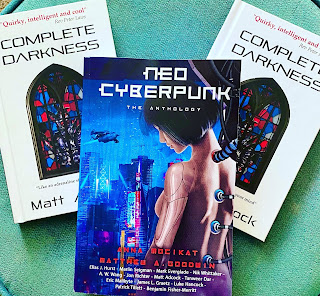 Barb And Star And Matt Go To Vista Del Mar 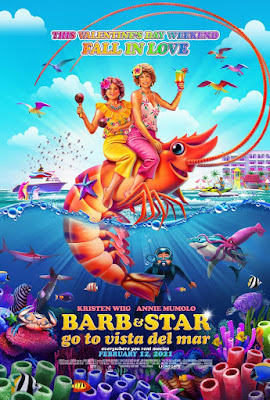 Dir.  Josh Greenbaum
Reviewed by Matt Adcock (@cleric20)
Star: We used to have fun. Remember that one time we went on a haunted hayride?
Barb: And we got chased by that man with a Jack-o’-lantern head and a chainsaw.
Star: And then we heard later he wasn’t an actor. He just escaped from the local prison.
Barb: He was a real killer.
Star: Killer. He was trying to kill us!
If like me you love the work of Kristen Wiig (Bridesmaids, Saturday Night Live etc) then you should be excited for Barb and Star go to Vista Del Mar as it showcases her at her funniest and coolest playing dual roles opposite her co-screenwriter Annie Mumolo.
Lifelong friends Barb (Mumolo) and Star (Wiig) embark on what just might be the adventure of a lifetime when they decide to leave their small Midwestern town for the first time ever. These two middle-aged wonders are superb comic creations. Barb - is a kind of everywoman riff on Melissa McCarthy's SPY character whilst Star is the positive energy nexus of lost hopes and dreams.
What follows is the kind of madcap movie that genre hops at ease - buddy comedy/romance/spy spoof thriller and erm part-time musical - there is something for every open-minded movie watcher on the planet here... Wiig hams it up as the baddie 'Sharon' - an albino with revenge on her mind... 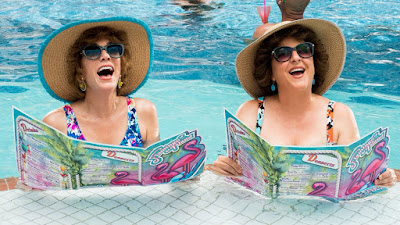 'ordering cocktails from the pool'
Jamie Dornan is on hand as her shmuck agent, he's blinded by his love for her but she's just using him for her nefarious schemes. Sharon's other hench'man' is Yoyo (Reyn Doi) who steals many of the scenes he's in. As Barb and Star's vacation in Vista Del Mar, tangles them up in a crazy adventure, they both kind of find love, and a villain's evil plot to kill everyone in town.
Dornan puts in some of his best-ever work here - singing, dancing and romancing like his life depends on it! He certainly wins the hearts of Barb and Star which causes some friction both between the sheets and in their friendship. And the comedy is everywhere - a personal highlight was musician Richard Cheese who is the restaurant entertainer, sitting at his piano and singing some slinky lounge-jazz songs that sound jolly but the lyrics are entirely about how much he loves 'boobs', 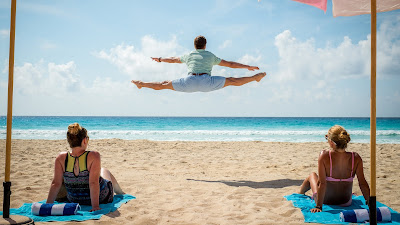 'you'll believe man can fly'
Throw in surreal elements like 'Morgan Freemond' as a monologuing crab, an Andy Garcia cameo, a swarm of killer mosquitos and a women's talking group which is run with a severe iron fist by Debbie (Vanessa Bayer). It all adds up to far more than the sum of its parts...
I picked Barb and Star for my B'day film this year - we watched it under the stars in a cosy cinema pod igloo which as superb fun and it really delivered. My wife laughed and grinned throughout and called it a 'joyous romp from start to finish' - hey I'll do the film reviews thanks.
Out of a potential 5 - you have to go with a Darkmatters:

(5 - Essential viewing, a joyous romp from start to finish!!)

maybe click below to find out about my dark sci-fi novel...