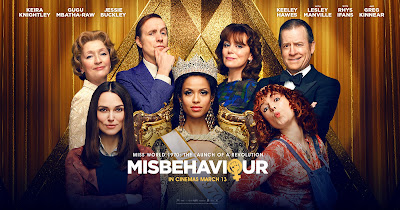 “The only other forum in which participants are weighed, measured and publicly examined before being assigned their value is a cattle market.”

Would you believe that over 900 million people tuned in to the 2019 Miss World pageant? Whilst the appeal may have waned in the UK, it is still one of the biggest televised events worldwide – hugely popular in China and India especially.

Misbehaviour is the cinematic retelling of how in 1970 some women liberation activists took a well-publicised stand against the event which they deemed as an oppressive expression of patriarchal values. 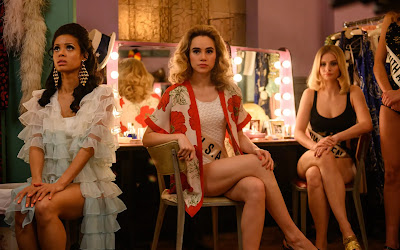 Director Philippa ‘Swallows and Amazons’ Lowthorpe frames the incident through the lens of two of the activists involved: Sally Alexander (Keira Knightley) and Jo Robinson (Jessie Buckley). The two leads are opposites in how they want to change the world – both strong Feminists but whilst Alexander wants academic acceptance to ‘change the system from the inside’, Robinson wants to destroy the patriarchy head-on with direct action – she spends a lot of time graffitiing billboards and waving placards.

The film suffers from some slightly cringy moments but does at least try to show the real characters with their differing attitudes as to how to fight for change. What is more regrettable is the simplistic
approach taken to a subject that really should have been taken apart with more gusto. The plotting fails to seriously reconcile how aspirations amongst women, especially women of colour, from around the world were not really aligned. It rankles a bit to see a group of white middle-class protesters in effect upstaging the quest for recognition by ethnic groups who were underrepresented. 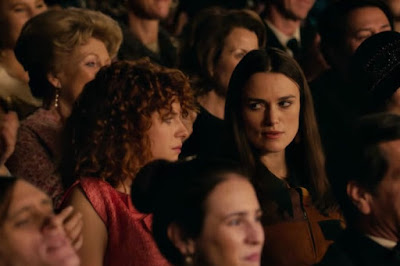 'the plot is afoot'

Where the film works best is in exposing the vintage sexism – Bob Hope (a nicely slimy Greg Kinnear) is the perfect embodiment of all that is wrong with male attitudes. When asked if he considers the feelings of women he jokes “I consider feeling women all the time.”

So whilst the right on agenda presented to us here fails to manifest the level of rebellion required, there is a touching nod to the struggles of those women who have ‘accepted their place in the home’
through Phyllis Logan as Alex's mother Evelyn. She brings some sense of the conflict faced by older women in the career v family dilemma.

If looking for a lightweight and enjoyable dramatization of what happened back then
– Misbehaviour delivers that but not much more.

(3 - Nice enough but it should have shocked more) 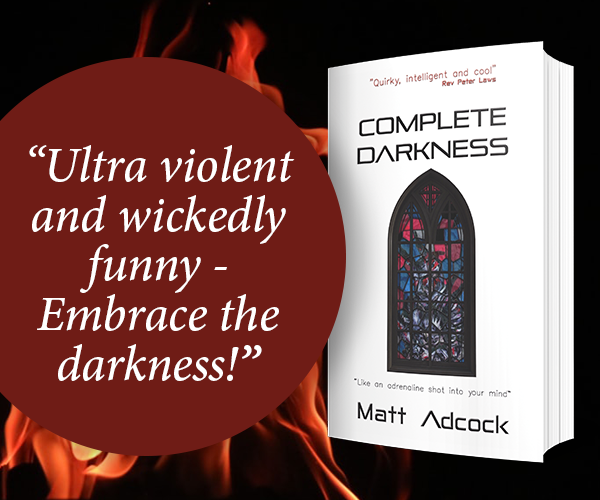 Matt is Not Giving Up On Forever (review) 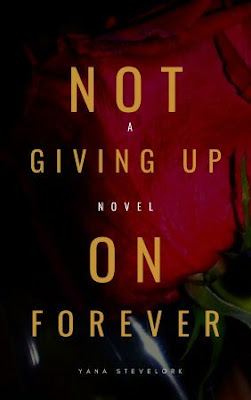 Not Giving Up On Forever

"School days ended, so Anna gathered remaining strength and in search of healing moved to another city to study. But what was ahead frightened her even more than the youthful sufferings left behind."

Knowing me, knowing you. A-ha,,, What if Abba wrote a tale about a young, headstrong woman who is ruled by her heart rather than her head?

When Anna is unceremoniously let go by her first lover (and in her mind future husband) Mark – she goes off to Italy for a sex and fun-filled romp that will change her life – and put her in the middle of a love triangle. Falling for smooth local Randall seems like a good idea but once she returns home Anna is heartbroken again when he sleeps with someone else. 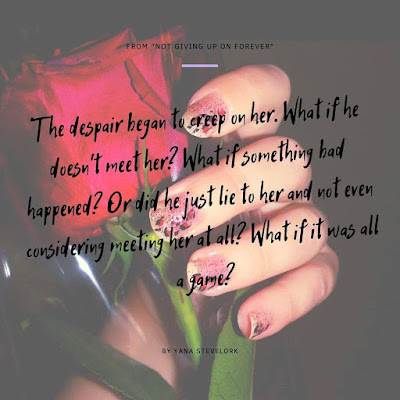 Determined to get revenge she returns to Italy and gets it on with his rival (the successful, rich DJ 'Teo') – cue adventures on a Mamma Mia scale with her trying to work out who among three men in her life, is her true love…

Not Giving Up On Forever is a fun romantic romp – not my normal ‘cup of tea’ by any means – but once you get past the imperfect English and basic writing style you’ll be hooked to find out if Anna can find true love swapping partners as she goes.

I talked to Yana the author about the inspiration for writing this novel - she said:

"I was observing that romance stories had either black or white story lines. Either it's a story with plain happy ending or some toxic relationship plot and main character was always totally relatable universal favourite, and I wanted to read something real... Where the character can make silly decisions, like in life... Mistakes... Or total craziness!"

There's not much more you need to know - if you're the type who enjoys a romantic tryst or 2 for your reading pleasure then step this way for a date with Anna...