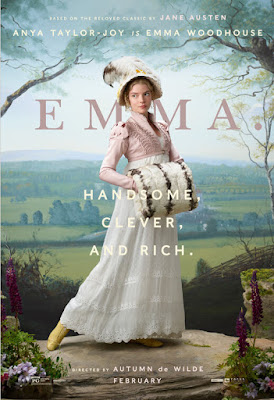 
“She always declares that she will never marry.
Which of course means just nothing at all…”

Brush up your cinematic manners – here’s Jane Austen's much-loved comedy about finding your equal and earning your happy ending - reimagined for our savvier age. “Handsome, clever, and rich” says the tag line and that’s exactly what Emma Woodhouse (Anya ‘The VVitch’ Taylor Joy) is… She’s a restless young high society singleton queen bee without rival, playing matchmaker to all around her but seemingly without thought of her own romantic needs.

Austen’s novel is a glittering satire of social class and a treatise on the pain of growing up, de Wilde’s film version is slick and entertaining adaptation – which does enough to differentiate it from
the Gwyneth Paltrow starring 1996 version. The fairly slight plot sees Emma adventuring through her maze of misguided matches and romantic missteps who include her dearest friend Harriet Smith (Mia ‘Suspiria’ Goth) whose lower station in life means she becomes a bit of plaything for our titular heroine. 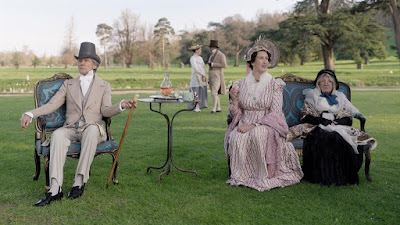 Bill Nighy and Miranda Hart are in hand for additional comic effect – him with a peculiar obsession of catching a chill from drafts, and her with what I like to call ye-olde-Miranda banter. The dashing Mr Knightley (Johnny ‘Beast’ Flynn) who gets to provide a glimpse of cheeky buttocks fulfils the passionate suitor – right under Emma’s nose - think John Hughes movie plot.

There is much to enjoy as the course of true love runs slightly errant through a series of social engagements, balls and afternoon teas. It does change tone at times which can make the film feel like a mashup between a stage musical and a Victorian (or should I say Regency) farce. The cinematic landscapes and gorgeous stately homes are lavishly shot and almost every frame is a marvel to behold which is much credit to the production team who borrow the best elements of the many films and tv
adaptations that have gone before. 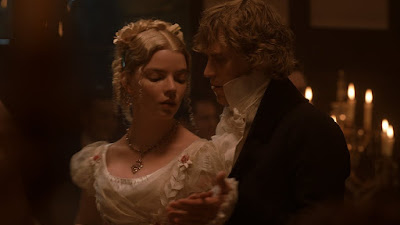 As the main character, Austen’s Emma is a spoiled, headstrong, and self-satisfied meddler but Tayor Joy manages to make her human and even evoke empathy. I have to confess to being a huge Jane Austen fan – I’d read all of her novels even before I got to high school so I’m an easy target for big screen, big-budget adaptations of her work.

Having said that, Emma is a lovely date movie and an all-round winner for some good looking and witty entertainment.

Laughs ööö – Some funnies, was actually hoping for more!?

Beguiled by The Lighthouse (review) 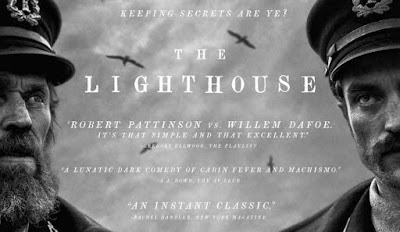 “Hark Triton, hark! Bellow, bid our father the Sea King rise from the depths full foul in his fury…”

Seafarer beware the beguiling light of The Lighthouse – this new tale of sinister goings-on, superstition and madness from Director Rober ‘The VVitch’ Eggers is salty fare.
Telling the tale of two Lighthouse keepers or ‘wickies’ who both have dark secrets. Ephraim Winslow (Robert Pattinson) is a broken former lumberjack, whilst the grizzled experienced keeper Thomas Wake (Willem Dafoe) seems to be unnaturally possessive of the upper light chamber... This mismatched duo must man the lighthouse on a strange grey islet off the coast of late-19th-century New England, but all might not be so straight forward as the last assistant wickie killed himself citing influence from bad omens and enchantments. 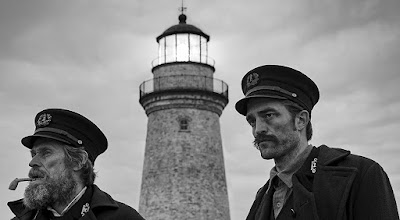 Folk tales work when the set-up is simple, but the underbelly is deep, packed with creeping dread, unnatural events and sights and sounds that will unnerve you. The Lighthouse is a brilliant but very odd film, presented in black and white on 35mm – immediately evoking David Lynch’s 1977 cult classic Eraserhead. The similarities don’t end there as both films take the viewer on a sensory assault, where at times you don’t even really know quite what’s going on…

Both Pattinson and Dafoe are incredible – bringing their absolute A-game to the party and making the film crackle with energy arcing between them. There is an initial animosity between them as Winslow disregards stern warnings from Wake about seemingly trivial matters such as the seagulls (who are said to carry the souls of drowned sailors). But they make it work initially until after a confrontation with one of the seabirds the wind turns, and the island is enclosed in a storm.
This is no gentle character study - there are scenes of violence, much rum language and if you’ve ever wanted a see a mermaid’s lady parts then there’s interspecies sex that makes The Shape of Water looks tame.

As the two men’s trust breaks down (just what are those tentacles glimpsed in the light chamber?) and the relief fails to turn up, so their tour of duty is extended indefinitely the atmosphere begins to boil as wildly as the tempestuous seas around the island.

“Boredom makes men into villains” Wake declares at one point and as sanity slips away the line between fantasy and reality ruptures with dark consequences.

Available on Netflix soon if you can find in the cinema – this is awesome, crazed viewing. 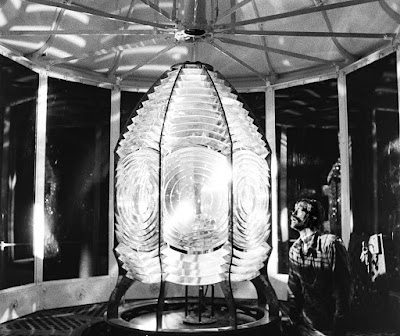 (5 - Sensory overload of a most salty kind)

Awesomeness öööö – Both the leads are on God-tier form

Spiritual Enlightenment öö - In the mouth of madness