Darkmatters Review: Sin City - A Dame To Kill For 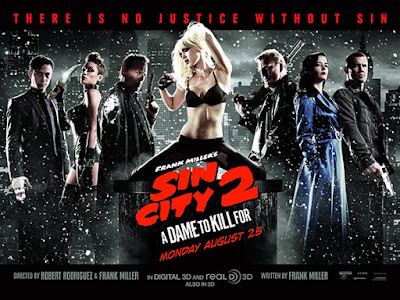 “Sin City's where you go in with your eyes open, or you don't come out at all…”

Nine years after the hard-boiled graphic novel sensation Sin City burst onto the big screen - co-directors Robert Rodriguez and Frank Miller (who is also the writer) reunite to take us back to the mean black and white, hyper stylized streets. 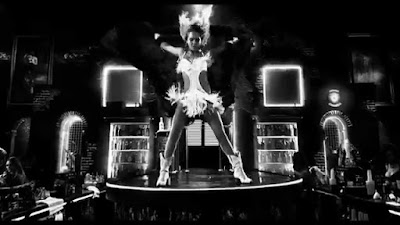 Sin City: A Dame To Kill For weaves together two more of Miller's Sin City stories and combines completely new material written especially for this sequel. Yes it’s still choc full of ultra-violence, action, nudity and gruff noir antiheroes, but the clue is definitely in the name and if you’re adverse to anything ‘sinful’ this isn’t the movie for you. As both a Christian and comic book fan I find the Sin City world fascinating for a wealth of reasons. Miller’s alternate universe is one where the only justice is brutal vengeance and absolutely nobody is safe. Dive a little deeper and you’re see that everyone here has something dark to hide or is broken in some way. 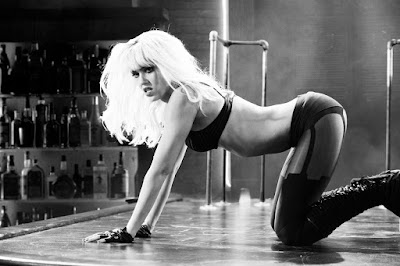 Back from the first film are seemingly indestructible Marv (Mickey Rourke) and charismatic righteous do-gooder Dwight (Josh Brolin – taking over from Clive Owen who played him in the first film), both of whom are put through the Sin City mangle once more.

Jessica Alba’s Nancy is back too – all grown up and still burning for revenge against the powerful returning Senator Roark (Powers Boothe), she’s watched over by a nice ghostly cameo appearance from Bruce Willis’ Hartigan.

New to the City are hotshot gambler Johnny (Joseph Gordon-Levitt on great form) who may have crossed the wrong person when he also tries to take on Roark in segment called ‘The Long Bad Night’ which fully delivers what it suggests. 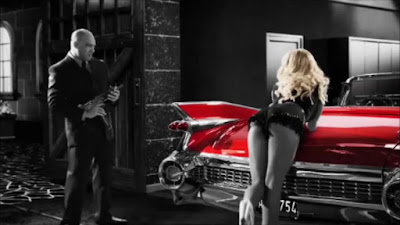 But stealing the show is the titular Dame To Kill For – Ava Lord (Eva Green) who spends a lot of the film undressed, manipulating the men around her to kill and die at her whim. She’s hypnotic to watch, packing evil green spot colour irises that stand out in the monochrome black and white cinematography.

Although the actual plots aren’t as rousing as the original – fans of Sin City will find much to enjoy here. Even the added 3D actually enhances the cinematic experience, rather than feeling like a gimmick it so often is.

Remember what they say: “There is no justice without sin.”

Spiritual Enlightenment ööö - sin is not a long term option
Posted by Matt Adcock at 12:08 am 0 comments

Darkmatters Review: Guardians of the Galaxy 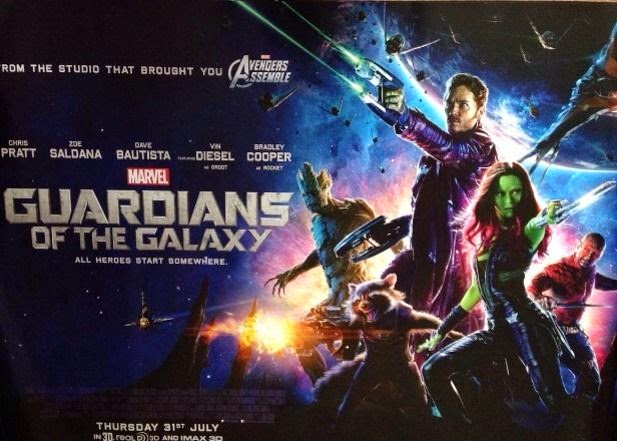 Guardians of the Galaxy (12a)

“I come from Earth, a planet of outlaws. My name is Peter Quill. There's one other name you may know me by. ‘Star-Lord’.”

Prepare to be blown away by the ‘Guardians of the Galaxy’!! Yes Marvel Comics’ new fantasy sci-fi feel good summer smash hits the screen from relative obscurity to go toe-to-toe with The Avengers as the best super hero team the world has ever seen… 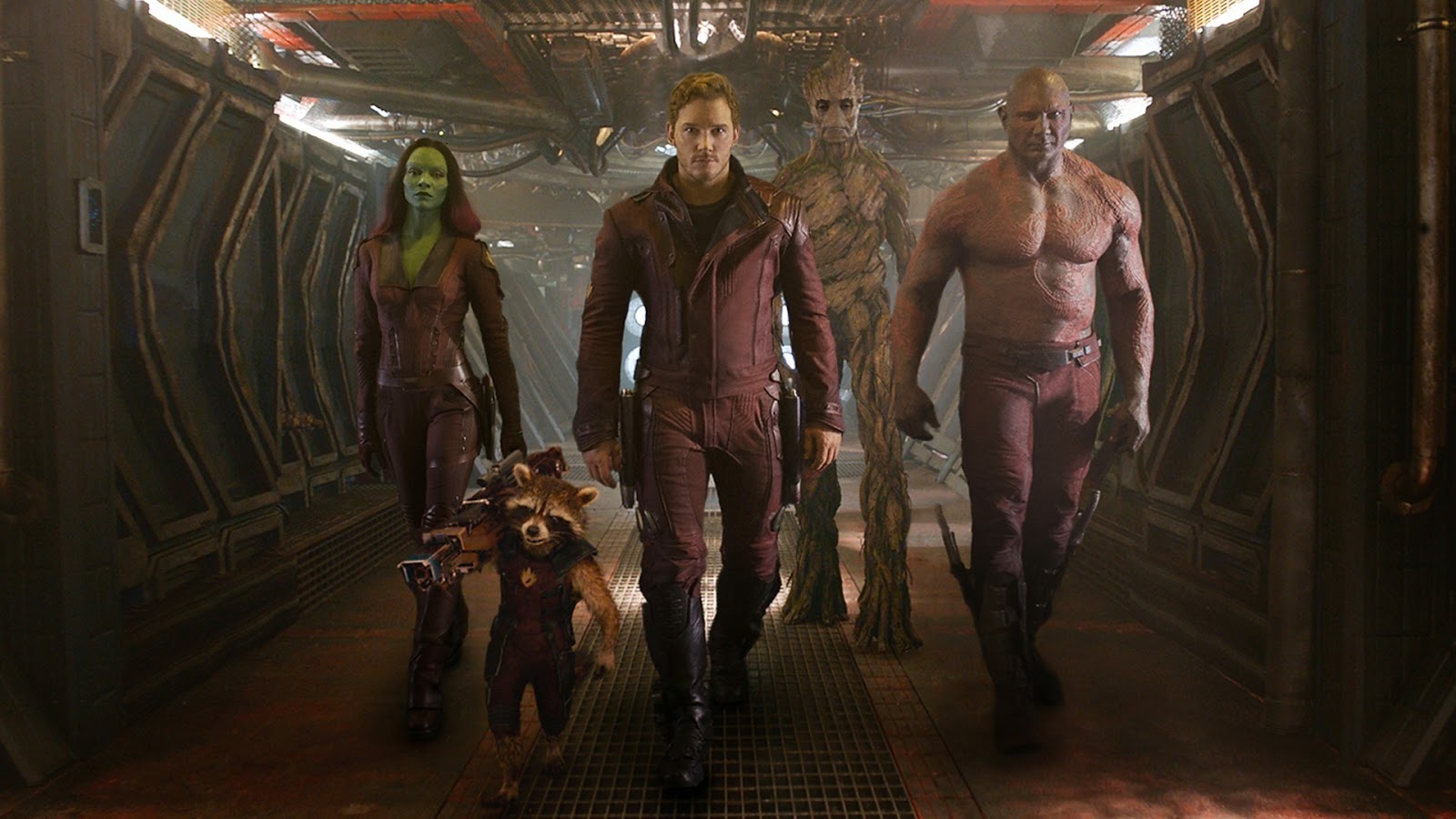 The Guardians are: Peter Quill (Chris Pratt), an eccentric wisecracking maverick with more than little ‘Han Solo’ about him, Gamora (Zoe Saldana), is a walking female weapon with slinky looks, green skin and a host of deadly martial arts skills. The team’s comedy double act are bounty hunting genetically enhance raccoon Rocket (Bradley Cooper) and his muscle Groot (Vin Diesel) who is in fact a walking sentient tree. Finally there’s Drax (WCW’s Dave Batista) who is a violent rogue looking to avenge the death of his family.

Director James ‘Super’ Gunn should be applauded for taking a risk on this lesser known and slightly outlandish comic book tale. He delivers over and above the expectations – confidently using a huge budget and quality actors like Glen Close and Benicio Del Toro in cameo roles. 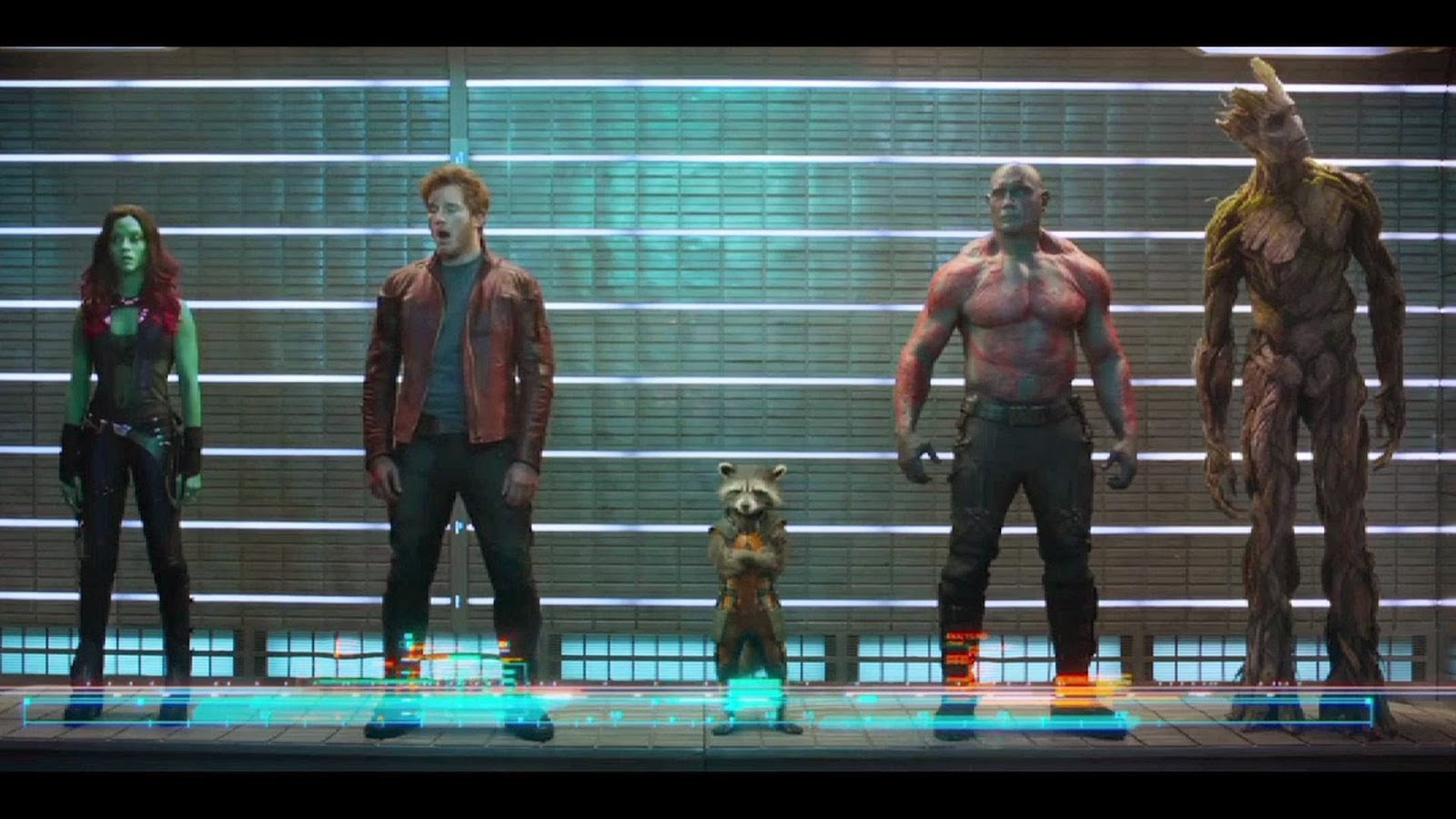 The action is crunching and satisfying but not overly gruesome, the special effects are jaw dropping (especially in IMAX 3D) and the script crackles with well-observed humour (the Kevin Bacon references are especially hilarious if you’re of an age to remember his Footloose days). There is excellent chemistry between the characters that all seem to be having a great time delivering the sci-fi action film of the year.

The plot revolves around an ‘Infinity Stone’ - a source of unstoppable power – which is craved by evil alien warlord Ronan (Lee Pace) who plans to wipe the central planet of cosmos. He’s in league with major league Marvel baddie Thanos (Josh Brolin) – who popped up in the after credit scene of The Avengers / which also paves the way for a possible superhero team up of epic proportions… 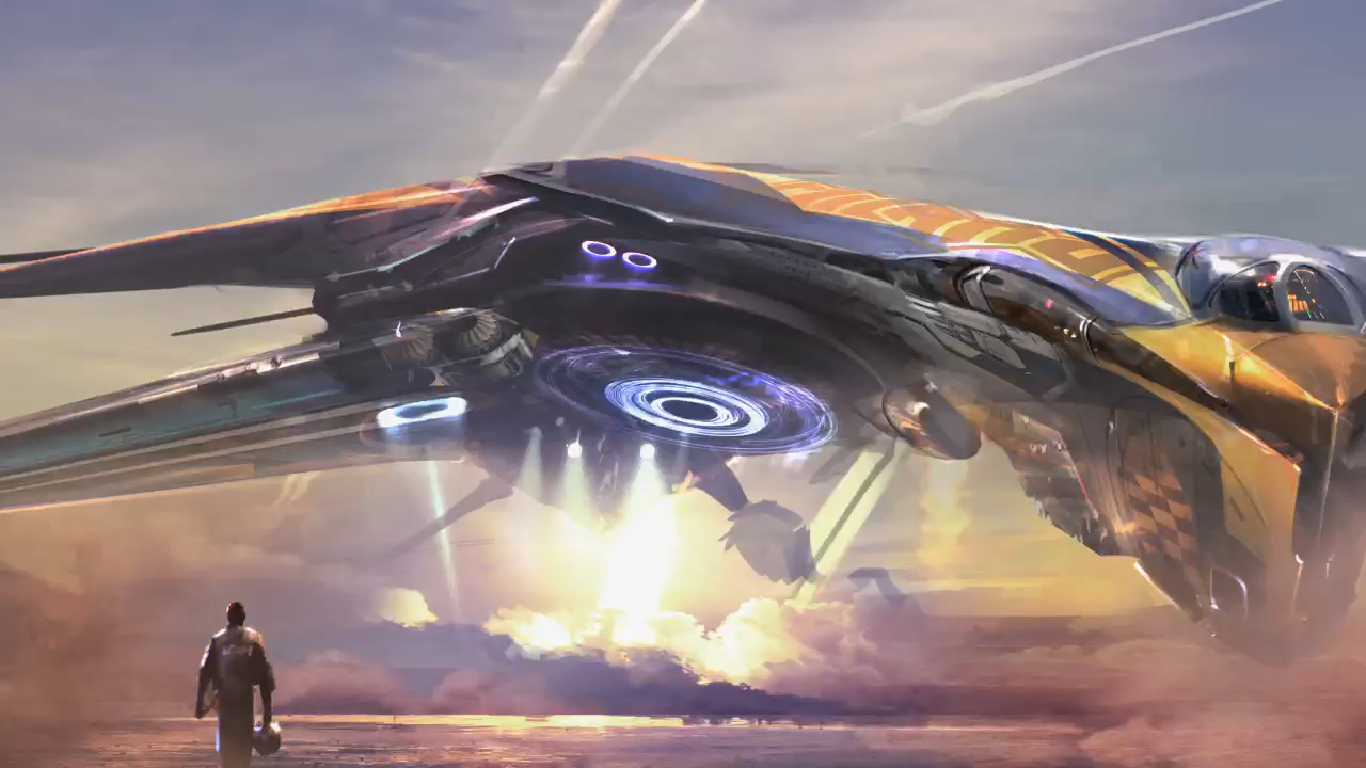 But back to Guardians, this is just an insanely fun and highly entertaining two-hours which every comic book fan on the planet needs to see. It’s really rare that a film lives up to the hype but Guardians of the Galaxy sets new standards for superhero-em-up adventures – and is destined for immediate cult-classic status.

Awesomeness ööööö – some many jaw-dropping moments

Horror öö – not too nasty

Spiritual Enlightenment öö - some things are worth fighting for 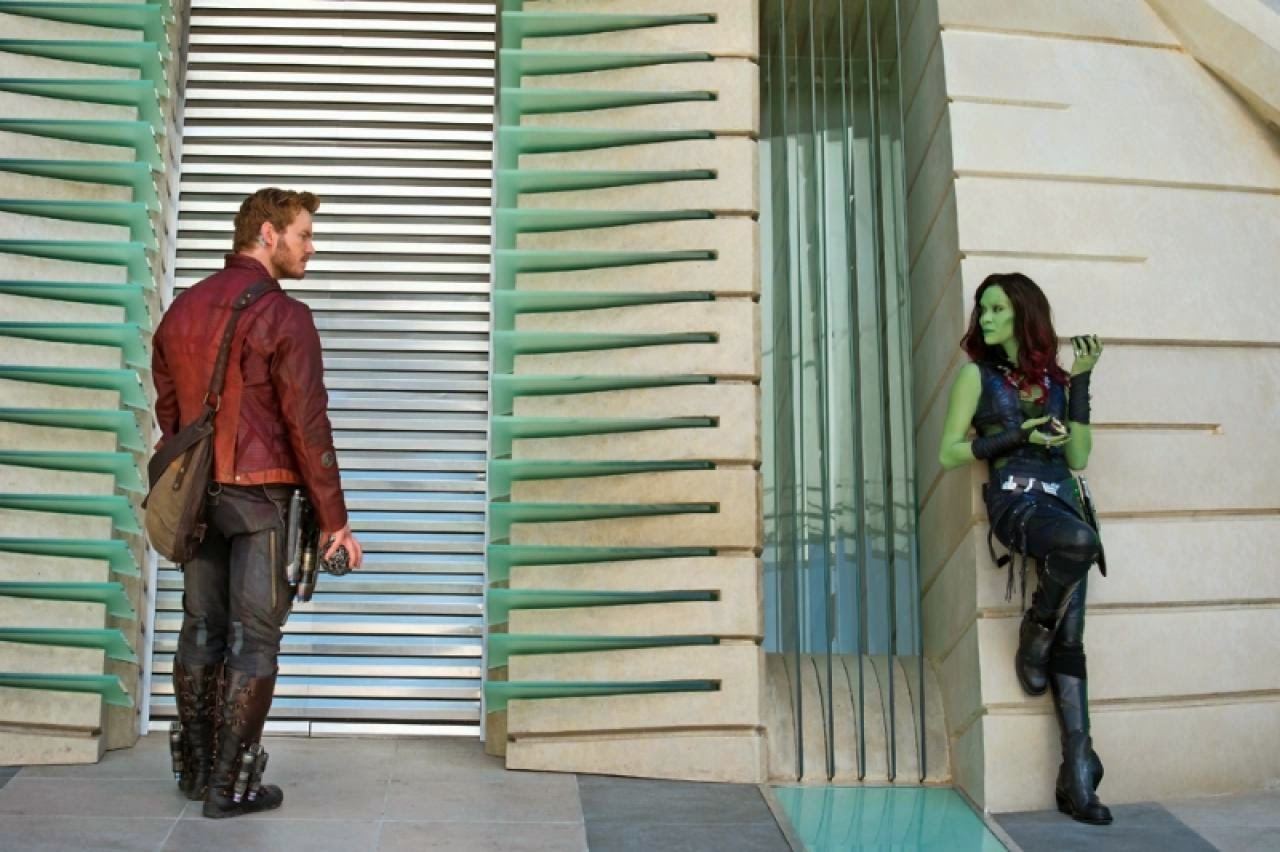 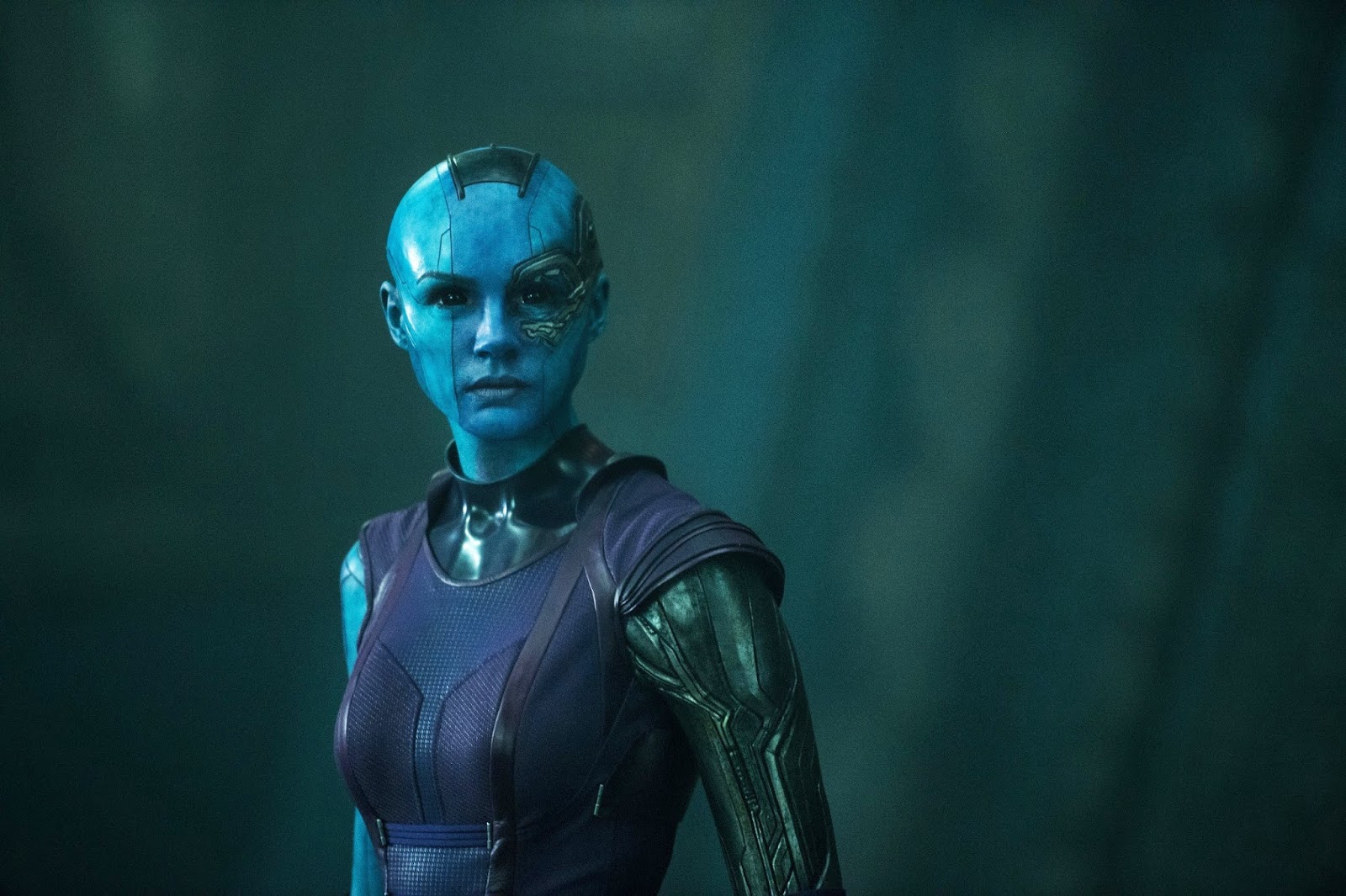