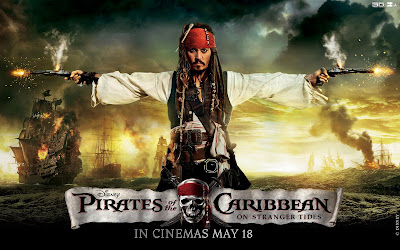 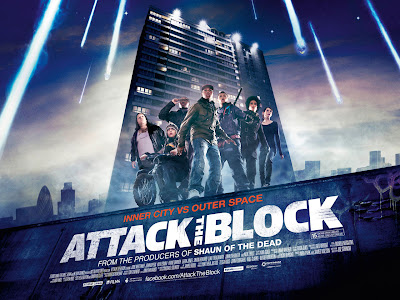 There are worse things than hoodies loose on the streets tonight…

It seems that angry homicidal aliens have decided to attack earth – and the invasion begins on a run down London block of flats. But the feral aliens who look like the unholy love children of King Kong and the Wolfman - with added glowing jaws, have picked the wrong block.

This directorial debut from Joe Cornish (of Adam and Joe fame) brings his street cred brand of humour to the big screen and delivers a wonderfully watchable horror sci-fi comedy mash up. With key pals such as Edgar ‘Shaun Of The Dead’ Wright on board to produce, Attack the Block is a slick, brilliant monster fight-em-up which feels a lot like an British unseen John Carpenter classic.

Starting with the all-too-real-feeling street mugging of young nurse Sam (Jodie Whittaker) by fifteen year old, knife wielding hoodie Moses (a powerful performance from newcomer John Boyega) the film brings a welcome sense of darkness and danger from the off. The yoof’s in Moses’s gang are your average bunch of teens who are presented as simply caught up in the drugs and crime lifestyle that permeates their estate. 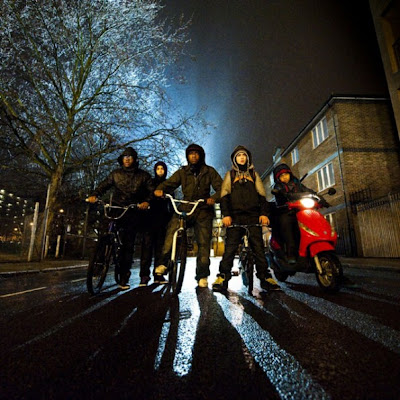 "bad men on the block"
Joe Cornish creates a scarily believable snapshot of youth culture backed up with superbly authentic dialogue which really sucks you in and makes Attack the Block absolutely essential viewing for anyone who has / teaches / works with today’s teenage kids. Even with the mass of gory sci-fi killings punctuating the action, this film takes the time to let you get to know the young lead characters. They come out with lines like “I just want to go home, shut the door, and play some FIFA”… You might be surprised that despite their Daily Mail demonization, these hoodies are just really scared kids who have to keep up their ‘bad man’ images just to survive.

The special effects of the aliens are well handled and the threat of violent death at the jaws of the hairy extra terrestrials really amp up the tension. Attack the Block delivers some of the best human vs creature action to hit the big screen this year. I found myself grinning like a loon as the young heroes battle the aliens with fireworks, baseball bats and water pistols filled with petrol.

Everything comes together really well and builds to a satisfying climax – which is more cinematic than you’d expect from the fairly modest budget available. Attack the Block is your best ticket for hard edged sci-fi action mixed with street level laughs and a quality British feel good time.

Laughs öööö – I laughed out loud many times

Horror ööö – some gory scenes and lots of menace 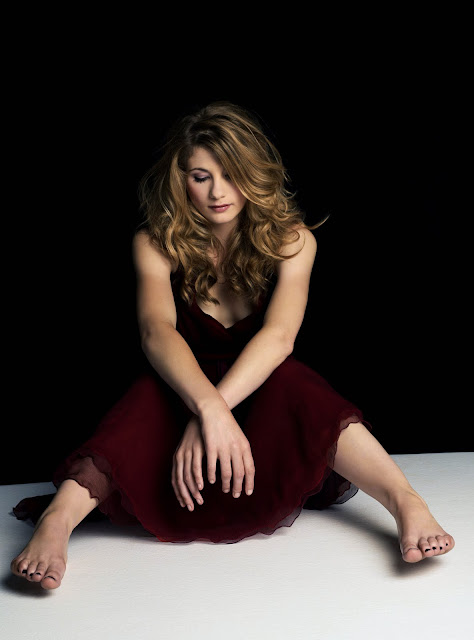 Teenagers today eh? Take 15-year-old Hanna (Saoirse Ronan) she’s a bit of a handful having been raised in isolation by her father Erik (Eric Bana) to harness her enhanced physical powers and become the ultimate assassin. Watch as she takes on a squad of highly trained US marines, leaving them dead or dying, marvel at how she fistfights hard-nut skinhead thugs with ease and her ability to escape from maximum security installations.

It seems that all we really need to win the war on terror (and anything else) is a bunch of cute albino blonde teenage girls. Yes Hanna follows in the pint sized ass kicking footsteps of Mathilda from Leon and Hit Girl from Kick Ass by being an under age lethal weapon.

After bog screen hits with drama and romance, Director Joe ‘Atonement’ Wright delivers his first action film and he does it with style… The plot sees young Hanna pitted against he evil creator / killer of her mum Marissa Wiegler (Cate Blanchett) – her mission is to avenge her mother and find a way to escape the attentions of the insidious agency that is keen to wipe her and her father out. 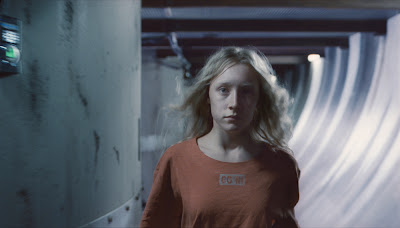 "teen blonde on a mission"
Hanna has plenty of quality crunching action and (for a 12a) unflinching violence – the fights and chase scenes are up there with some of the best of breed such as films like the Bourne trilogy. The story cracks along at a decent pace – aided and abetted by a pumping bespoke soundtrack from The Chemical Brothers which gives the film a cool, hard edge. The cast are pitch perfect, even supporting characters such as Sophie (Jessica ‘Tamara Drewe’ Barden) – as a savvy worldly teenage brat who becomes Hanna’s unlikely pal. It is fascinating seeing the deadly but naïve Hanna trying to interact with ‘normal’ people when not facing down the many threats that are seeking to kill her. Special mention should also go to Tom Hollander who brings ruthless tracker Isaacs to tennis outfit wearing, OTT life.

"deadly but naive"
This is a beautifully realised dark coming of age tale with a difference that trails danger and thrills over and above the safe, soft tosh that we’ve been receiving recently. Wright is a great British director with a flair for gorgeous visuals, if you’re in the mood for decent action thrills – shot through an enjoyably twisted fairytale lens.

"life lessons from teen to teen"
A date with Hanna will leave you energized, shaken and stirred.

Spiritual Enlightenment öööö – what is our purpose in life? 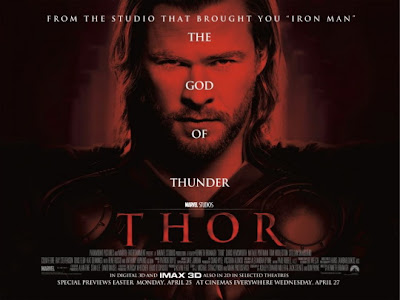 Thor, Odin's Son, through your arrogance and stupidity, you have opened these peaceful realms and innocent lives to the mild devastation of an overly long and fairly pointless superhero flick that lacks the thrills to really put it on the map…

Yes Marvel is busy gearing up for The Avengers next year which will see the ultimate comic book fan geek- out cast of Iron Man, Hulk, Captain America (see him hit the big screen later this summer) and Thor – the Norse god of thunder, amongst others. 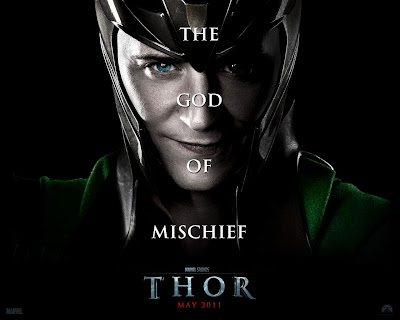 "Loki whose been a naughty god"
So lovvie bothering Kenneth Branagh is tasked with directing this big budget ‘origins tale’ which maps out the back story of how Thor comes to earth and falls for cute mortal local girl Jane Foster (Natalie Portman) who just happens to be a renegade astrophysicist. Yes the huge helmeted, even bigger hammer-wielding blonde immortal hunk decides that earth is the place for him to protect based on his feelings for one young lady. Fair enough.

The film’s action bounces back and forth between modern day planet earth and the shiny retro camp realm of the gods – Asgard – which looks like it’s been borrowed from a Flash Gordon remake. Boss of the gods and father to Thor is Anthony Hopkins’ one eyed Odin who is trying to keep peace with the nasty god slaying Frost Giants from the adjacent realm of ‘Jotunheim’. The Frost Giants look like angry giant red eyed Smurfs and serve as rent-a-baddie source of enemies to feel the wrath of Thor’s magical hammer ‘Mjöllnir’.

The action scenes are duly spectacular if a bit soulless and as my son complained afterwards – there just aren’t enough of them but Thor (played to perfection by Chris ‘A Perfect Getaway’ Hemsworth) is good value and very charismatic in the lead role. 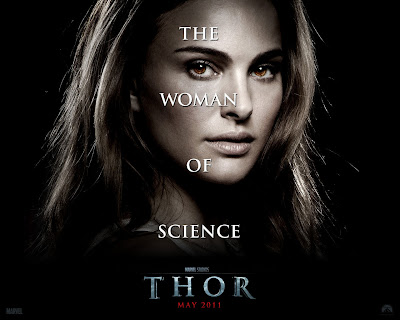 "Portman seems to be in every film released this year"
Samuel L Jackson does his regular post-credits scene as Shield’s Nick Fury plus other Avengers references include agents asking if Loki’s destroyer robot is ‘one of Stark’s suits’ and even a quick intro of another Avenger superhero Hawkeye.

If you’re looking for some big stupid super thrills, then Thor delivers just enough to make it worth a look. This probably won’t be anyone’s favourite superhero film but it does keep the momentum building towards Avengers which just might be the best one ever!?

Awesomeness ööö – has its moments