Matt can do MAGIC: A Rough Guide (review) 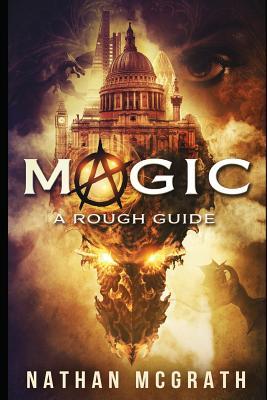 Magic: A Rough Guide
Nathan McGrath (@NathanMcGrathSF)
Reviewed by Matt Adcock (@Cleric20)
“Holy Mike Foxtrot, Chris, what the hell? Forget the crapracadabra and warp us out.”

Sometimes you find a book where the concept is so strong it punches you in the face and makes you grab a copy… Magic: A Rough Guide packs one of those – imagine if Magic is real but is a terrorist offence thanks to the shady types in power…

I was sucked in by the thought of magic power being in the hands of ordinary people but I can see this was never going to go down well with Government and corporations. Can you imagine if people had the ability to turn Boris into a walking knob? Oh, I’m being told that this has already happened – my bad.

Anyway - meet young Lizzy – she’s the main character here and her story is that she was imprisoned after seeing her parents executed when she was five years old. But things might change if she really is the one who could change the balance of power – probably teaming up with a plucky potential partner Chris (a bit of a chancer who is having more fun carjacking and playing videogames until he realises he, too, is a sorcerer. 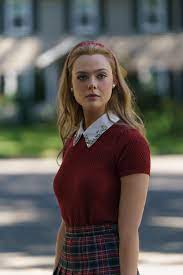 'The talented Elle Fanning would make a great screen Lizzy'

These two likeable heroes are up against not just a brutal militarized government, but also a host of unstoppable ‘Reavers’ which tear people apart and a vampire queen too – the odds don’t look good!

As the dark forces hunting for the location of the most powerful book of spells ever written, cross the destined paths of Lizzy and Chris, they are thrown headlong into a conflict that will decide the fate of us all. I enjoyed McGrath's earlier Nanopunk novel (read my review here) and so am delighted to say that I liked Magic even more. This is a tale that packs in plenty of action/violence and has a nice sense of real menace from the baddies.

For me the prose is a bit overly detailed, but if you’re the type who likes to know exactly what the characters are wearing at all times and what they have for breakfast – this will actually be a plus point for you!?

The winning blend of technology and magic works a treat – plus the world described here is scarily plausible (magic aside)… Recommended for those who fancy something a bit more brutal, scary and anarchistic than your normal magical adventure.

(4.5 - Get on this Magically turbo-charged adventure)
Buy your copy of Magic A Rough Guide here
I got chance to fire some questions at Nathan - this is how he responded:
Matt: If scientists ever managed to create a giant mecha version of you – who or what would be your nemesis?
Nathan: Professor Archon and his army of nanobots. battalions of nanobots with different abilities, corrode, short circuit, encrypt, take over
Matt: What is the most disturbing fictional scene you’ve ever read or watched in a book/film of any genre?
Nathan: The final scene in Terry Gilliam's Brazil where the guy is imprisoned but believes he's free
Matt: If you were hired to throw a parade of any scale or theme through the centre of London what type of parade would it be?
Nathan: Hacking every back, investment, insurance system along the way and transferring all the trillions into the accounts of everyone lining the streets.
Matt: Who inspires you most (can be living or dead)?
Nathan: Sri Ramana Maharishi.
Matt: There’s a masked assailant with a gun to your head, who is most likely to be under the mask?

Nathan: My clone
Matt: What is the meaning of life?
Nathan:To realise all meaning is an illusion. That stuff has no magical properties, it's just stuff so enjoy everything, want nothing.
Matt: What was the best gift you’ve ever been given?

Nathan: A pair of brass candlestick holders.
Matt: If you could have a sidekick robot – what would it be able to do for you?

Nathan: Walk the dogs, cook and bake with me in perfect harmony, proofread and copy edit my writing, play a guitar
Matt: What would you like written on your tombstone?

Nathan: Who is thinking this?
Matt: Any final words you like to add...

Nathan: Is consciousness, being the result of physical phenomena, subject to quantum physics and superposition?