Matt reviews The Kid Who Would Be King 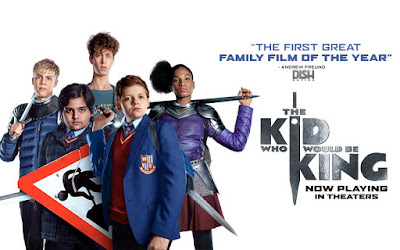 The Kid Who Would Be King (PG)

“There's something written on the guard. Put it into Google Translate - It means ‘Sword of Arthur’. What if it's the Sword in the Stone?”

Old school magic meets the modern world in a woke new epic adventure from the director of the excellent ‘Attack The Block’. The Kid Who Would Be King brings a heart-warming take on the Arthur mythos where young Alexander (Louis Ashbourne Serkis) thinks he's just another nobody, until he stumbles upon the mythical sword in the stone, Excalibur.

What follows is an all-age friendly quest as Alex enlists both his only friend Bedders (Dean Chaumoo) and the mean school bully Lance (Tom Taylor), and his loyal minion, Kaye (Rhianna Dorris) to try and defeat an ancient wicked enchantress Morgana (Rebecca Ferguson). You see Arthur’s evil half-sister lusts for Excalibur and plans to enslave mankind under the cover of an upcoming solar eclipse. 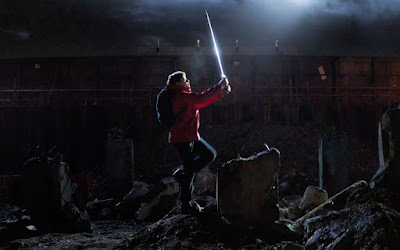 The young cast are great and include a brilliantly awkward Merlin (Angus Imrie) but he’s also Sir Patrick Stewart in his ‘old form’. I took some friends with me to get their opinion on this family-friendly adventure they were quite impressed. Ruby age 10 said: “what I loved was the comedy which was really funny e.g. the lines ‘where did you learn to drive?’… ‘Mario Kart’ – which I won’t forget.” Amelie aged 12 added, “this is an exciting film that children and adults will enjoy with both action and humour!”

There are some mildly scary scenes but no gore thanks to the baddie demonic minions combusting in satisfying mini firework explosions when hit. What is really nicely captured though are the adolescent struggles with insecurity and social standing that pepper school life. 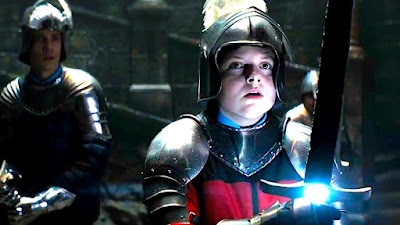 There are fun sword battles although the stand-out scene is probably a chase through the city streets which sees gives Lady Kaye chance to show off her Mario Kart skills. The climax sees a full-scale assault by Morgana’s forces storm Alex’s school – and the pupils have to ‘knight up’ and fight to protect each other in a great battle.

There are strong positive messages running through the film about uniting both friends and enemies into a band of knights and following a code. Director Cornish also manages to slip in some mild Brexit comment about how ‘lost and leaderless’ Britain has become. 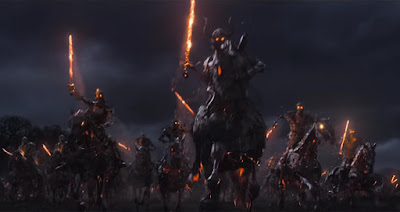 With all our futures at stake, joining Alex on his quest is a great cinematic family treat.

(3 - Quality fun adventuring for the young and young-at-heart!) 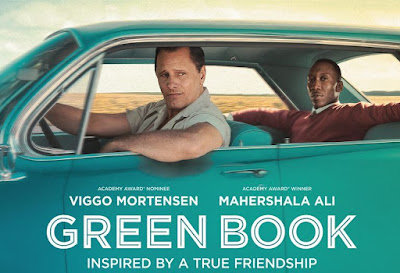 “Being genius is not enough, it takes courage to change people's hearts.”

Every now and then you find a film director switching up and refining their style – and here we have Peter ‘There’s Something About Mary’ delivering a classy, good-natured road-trip relationship heart warmer rather than his staple more shock-em-up comedy.

Green Room tells the based-on-fact tale of Tony "Tony Lip" Vallelonga (Viggo ‘A History of Violence’ Mortensen), a tough guy bouncer with a good heart. When the club he works at is shut for renovations he takes a two-month job as driver for the African-American classical pianist Dr. Don Shirley (Mahershala ‘True Detective’ Ali) for a potentially problematic concert tour into the segregated Deep South states.

The two men with very little in common come to learn a lot from each other as they face adversity and racism that you’d find hard to believe if it wasn’t based on a portion of near history. The Green Book of the title is a guide for ‘The Negro Motorist’ issued to Tony which lists hotels that will allow his cultured, genius, virtuoso boss to stay or even buy something to eat. 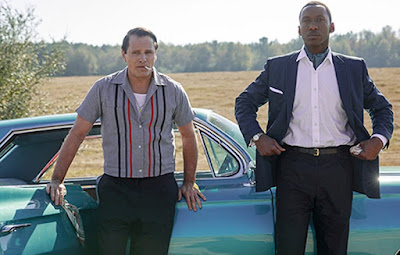 The film, co-written by Vallelonga’s son Nick, packs a superb emotional punch thanks to the two central performances. Watching these men form a real bond of lasting friendship, overcoming mistrust and prejudices is a message of what’s possible if we just look beyond the outside and see each other as fellow humans.

This is a great film that really should be seen by as wide an audience as possible – not just for the strong positive message at its heart but also for the experience of diving through well-drawn characters that bring family, culture, dignity and respect entertainingly to life.

Green Book is up for 5 Oscars and the superb performances from Ali and Mortensen whose rapport and chemistry crackle from the screen deserve recognition. Each take what could have been one-note characters and unpack the issues each man has – creating an effective treatise on the inner isolation, masochism and expectations of presenting a ‘strong front’ that men everywhere have to deal with. 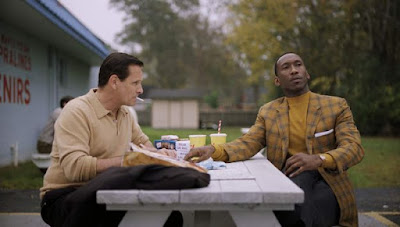 Great cinema has the power to challenge, uplift and inspire all at once and Green Book is a film that will re-ignite hope in mankind, and, could even potentially make you leave wanting to be a better human being.

There must be a 'Battle' Angel playing with my heart... 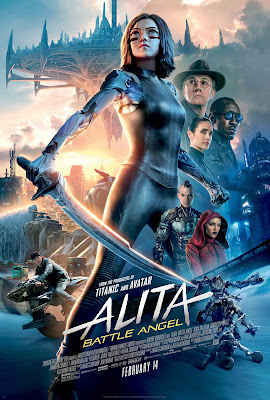 The future isn’t going to be great, unless you are rich and can live in the utopia of Tiphares, a floating city of dreams that is. Most of the populace alas have to exist in the brutal reality of the Iron City where crime is rampant despite bounty hunters enforcing violent retribution on wrongdoers.

Director Rodriguez’s stunning big-screen take on Alita: Battle Angel is based on the Yukito Kishiro manga ‘Gunnm’. It tells the tale of a young cyborg, Alita (Rosa Salazar), who is found by a cybernetics boffin, Dr. Ido (Christoph Waltz), in the junkyard beneath Tiphares. 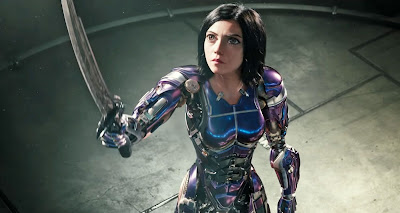 Alita doesn’t remember who or what she is, but it soon becomes apparent that she might be a lethal battle machine and the biggest threat to the ruling elite possible. Is she an angel from heaven or is she a robotically enhanced angel of death?

James Cameron who wrote the screenplay is a huge fan of the original comic books and it shows because there is a powerful fanboy vibe running through this eye-popping cinematic interpretation. This film could have been all style over substance but this has a real beating heart and more soul than you’d expect from a tale of cyborgs. 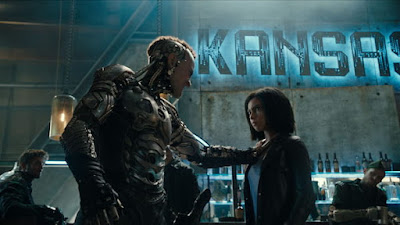 "careful who you trust"

The visual effects and CGI work are incredible, Alita herself is an immediate action icon in the making due to her innocent look (her eyes are enlarged to capture the original Manga drawings’ art style). The whole look and feel of the movie is meticulously created – the living, breathing sprawling metropolis is packed with details that will bear repeat viewings.

The plot is action-packed and the fights are crunching – as you might expect from the director of Sin City – but it’s not too gory so would be a great choice for those younger teens who can handle some threat. There is, of course, a love interest – teen human Hugo (Keean Johnson) - who has a dark side where his gang attack cyborgs and harvest their body parts for resale. Might Alita be the cyborg to change his ways?

Quality support is provided by the baddies Jennifer Connelly and Mahershala Ali who add class to compliment Waltz’s quality fatherly figure. Alita: Battle Angel could have been just another dystopian action-em-up but rather it delivers on every level and even sets up a tantalising potential sequel.

Awesomeness öööö – The action is where it takes off...

Horror öö – Some violence and threat

Spiritual Enlightenment ööö - Will cyborgs ever acknowledge a 'God'?