"Traffic is building rapidly downtown…we advise you to get off the streets as quickly as possible. It'll soon be a war out there."

Imagine 2023 - crime is almost non-existent, homelessness and unemployment are below 5% and people value their very lives… This is the near future of The Purge: Anarchy, where thanks to an annual 12 hour period of sanctioned lawlessness – the poor are preyed upon, the defenceless are wiped out and the psychotic get to unleash and sate their bloodlust. 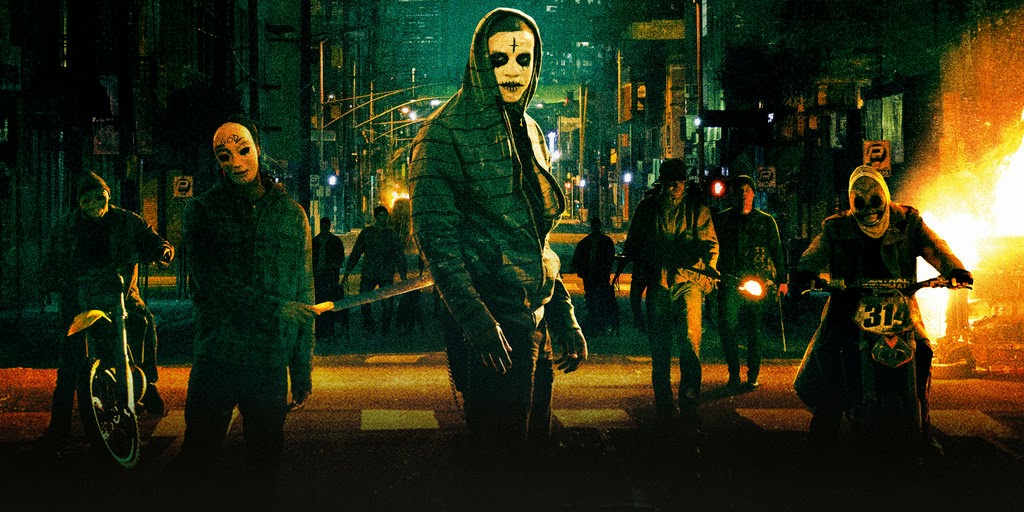 The barbaric Purge initiative was introduced by the ruling party called ‘The New Founding Fathers’ – and despite the sheer utterly immorality of authorising mass murder, it seems to be getting results. But there are some who are planning to fight back and before the end of the night things may well be rather different.

This follows up last year’s The Purge taking the story to the streets rather than staying in the confines of a household – and the payoff is a wilder, nastier kinetic night of madness. We get to experience the macabre events through the eyes of a small bunch of people who find themselves on the streets and vulnerable due to various reasons. 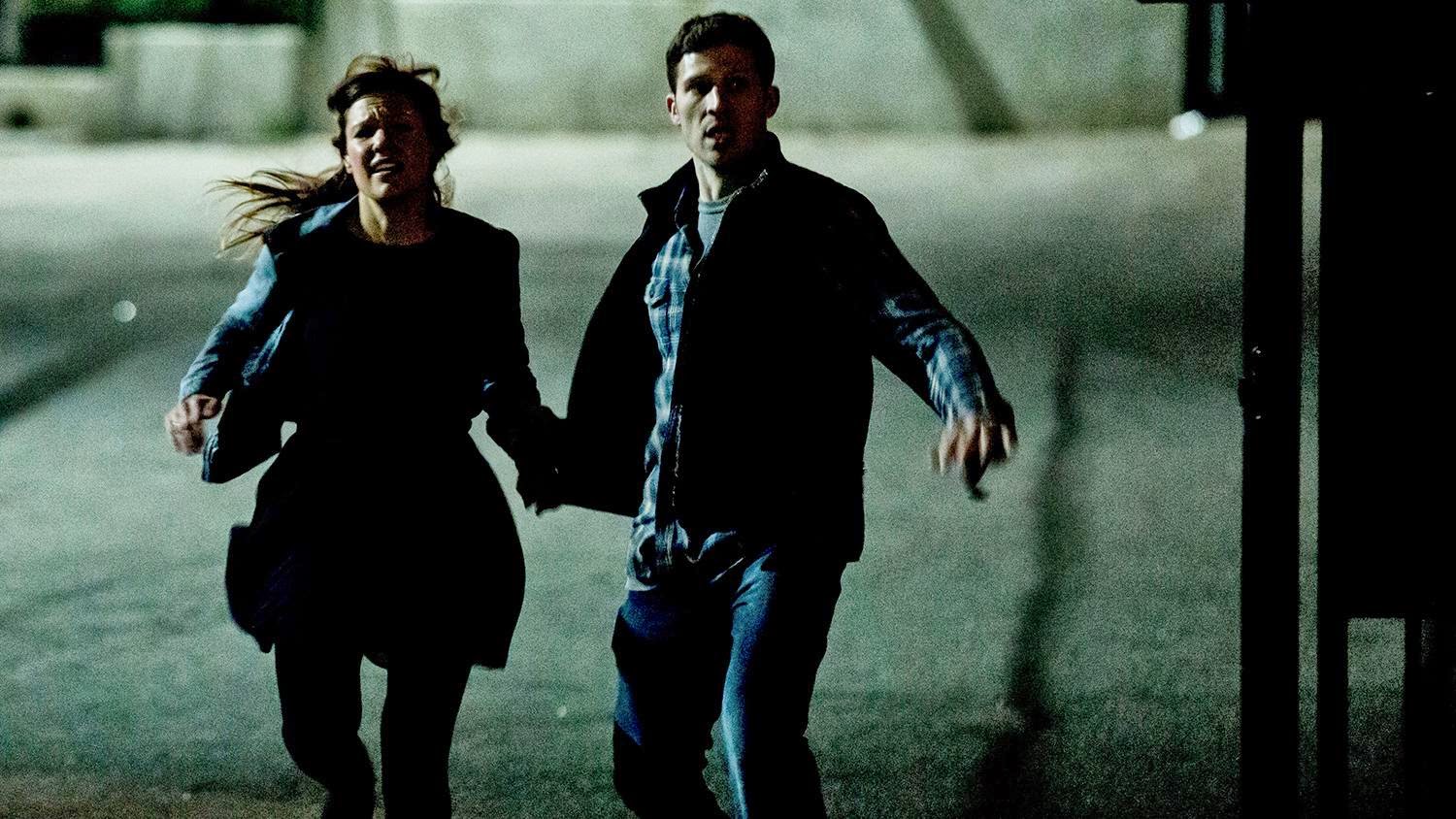 "not a nice night for a walk"

Eva (Carmen Ejogo) is a poor waitress, trying to look after her sick father Rico (John Beasley) and teenage daughter Cali (Zoe Soul). Meanwhile Shane (Zach Gilford) and Liz (Kiele Sanchez) are an average couple on the verge of breaking up when their car breaks down leaving them stranded miles from their home, being tracked by a masked group of weapon toting thugs.
Finally meet Leo (Frank Grillo), he’s a man driven to violence who is packing a small arsenal and who seems to be on a mission of his own.

When this random group cross paths, all their lives will change as the Purge night is one that few trapped outside survive. Step forward for murder, mayhem and tension on a whole new scale. Oh and throw in the fact that the government may actually have their own kill teams on the streets targeting poor districts and you get a Hunger Games element to the mix.

Writer / Director James DeMonaco certainly builds on the mythos he created with the original film and expands the twisted concept in all directions. Taking the carnage outside gives the heightened sense of ‘what would you do?’ especially as not everyone will potentially get to meet a tooled up hero such as Leo (who pretty much steals the whole movie with his Mad Max-esq lead role).

There are likely to be more Purges to come…

Laughs öö – dark humour present but not much 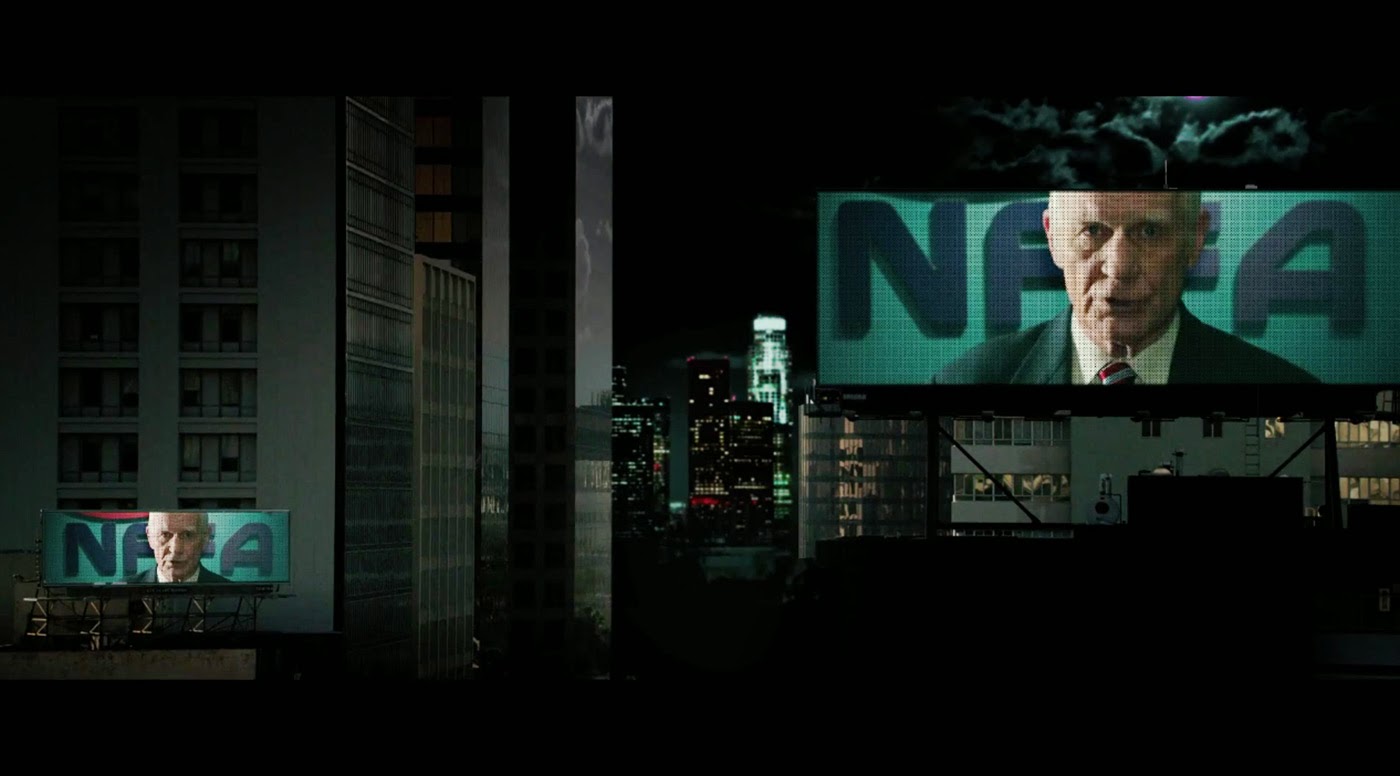 "The NFFA are watching"

Darkmatters Review: Dawn of the Planet of the Apes 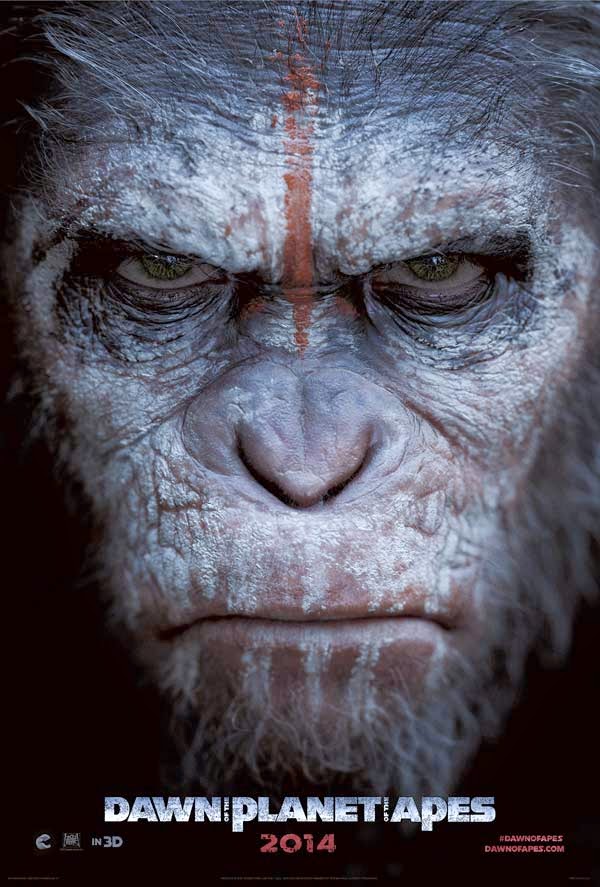 Read the newspaper version of this review over at: The Hemel Gazette

Sci-Fi classics really aren’t what they used to be… Dawn of the Planet of the Apes is the latest to get the Hollywood re-envisioning as a follow up to the excellent 'Rise of the Planet of Apes.'

Director Matt ‘Let Me In’ Reeves brings his AAA game to this sequel, which sees the story pick up ten years after lab boosted intelligent simians slipped the shackles of their human oppressors and escaped in the woodlands near San Francisco. 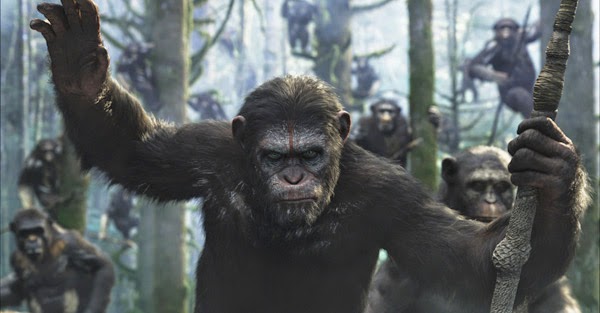 Whilst the super-monkeys led by Caesar (Andy Serkis) were building an impressive treetop homestead, we humans have been having a bad time of it… Simian flu has wiped out many of us and those who survived have turned to a lawless ramble fighting over dwindling resources. So 'Dawn' takes us into an ape-pocalyptic future where the balance of power has shifted – and details what happens when the human remnant of San Francisco accidentally run into monkey territory – cue a knife edge potential for all out ape / human war…

The first thing that hits you when watching ‘Dawn’ is that the CGI effects have moved on to a whole new level. These monkeys are absolutely works of art – the real craftsmanship on display that uses painstaking motion-capture is something you really have to see on the biggest screen you can find. And I’m not a fan of 3D movies generally, but this one works a treat, giving impressive depth to the visuals and never trying the ‘oh watch out it’s coming out the screen’ cheap shots. 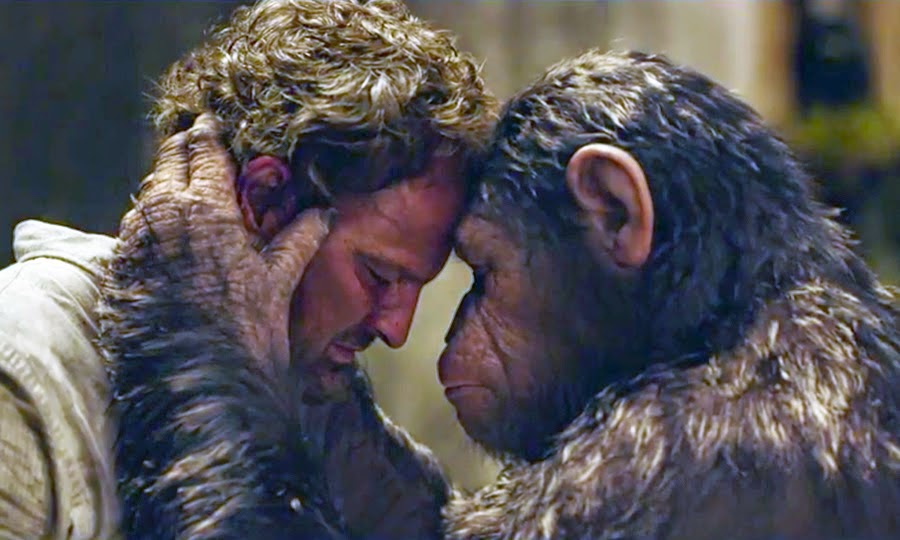 "last chance to be pals"

‘Dawn’ pulls you in to the horribly escalating conflict, then delivers a full on visceral showdown – where the victor is uncertain and the battle footage deeply unsettling. There is a beating heart of emotion that makes you really relate to characters on both sides of the conflict. I’d never have thought I’d be moved watching two apes interact…

Dawn of the Planet of the Apes is a master-class on how to recreate a film series, improving on every single element of the source material. We can finally put the memory of Tim Burton’s messy attempt away and revel in what is a new simian master race of sci-fi entertainment.

The acting, special effects and storytelling result in an astonishing cinematic achievement.

Awesomeness öööö – some many jaw-dropping moments

Laughs ööö – funny where you want it 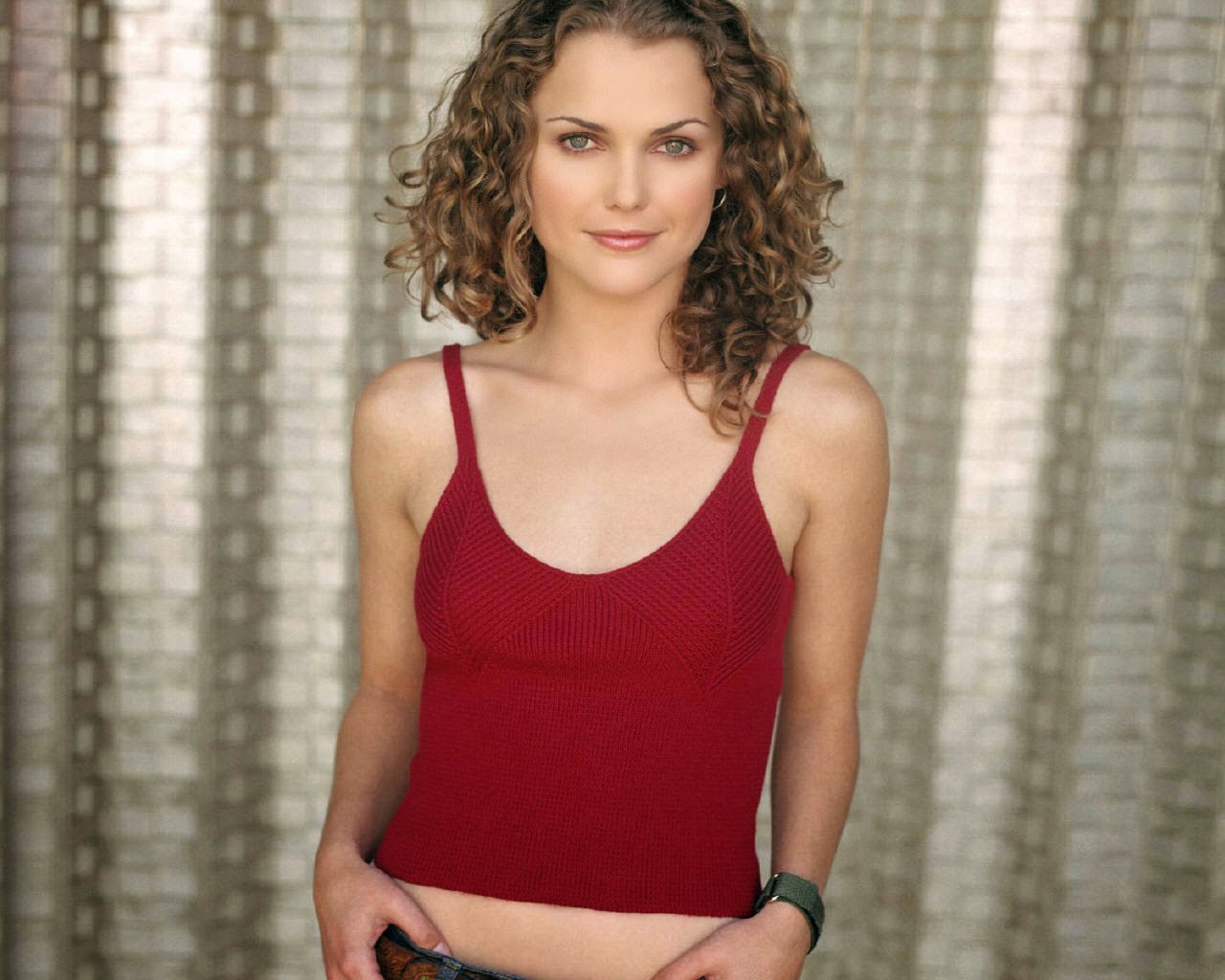 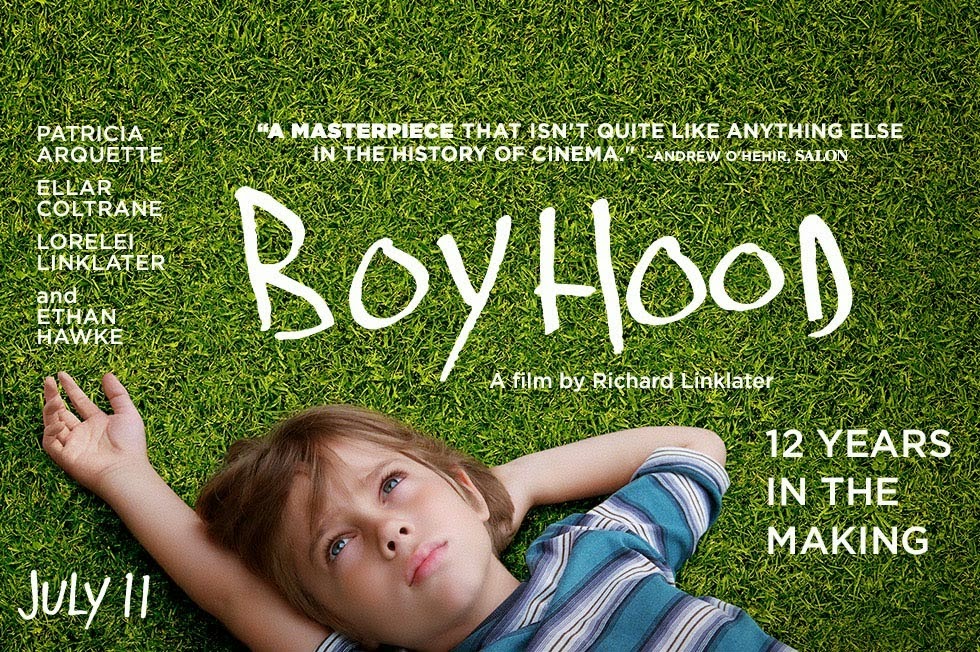 Read the Newspaper version of this review at the: Hemel Gazette

Boyhood is something unique. A film that takes the everyday experiences of growing up and tracks one young man over 12 years, shooting scenes from each of his years from age 6 to 18. It’s an incredible feat of cinematography that will resonate with every parent on the planet and invoke memories of their childhood for every male. 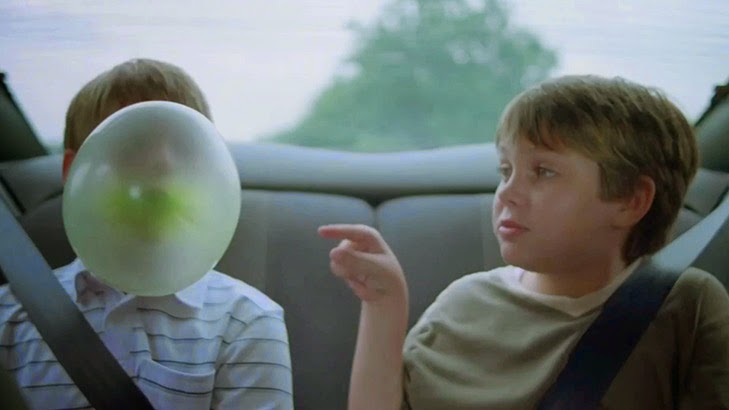 It’s a long film at almost three hours, but instead of dulling your senses like the overblown Transformers: Age of Extinction, BoyHood feels like an inside peek into a life worth investing some time in to see how it turns out.

Covering some harsh realities of life for many – including an abusive stepdad, a father who simply isn’t able to commit to his family, another stepdad that never quite bonds with Mason – be prepared for a heartrending experience. The way each of the father figures in Mason’s young life lets him down in one way or another is painful to watch – and leaves you intensely rooting for the young man.

As the teenage years kick in we get ringside seats as Mason experiments with drugs, struggles with peer pressure and dabbles in first love as well as finding a passion for photography. There are often hints of danger and threat as Mason’s young naivety makes parents watching cringe, but the plot never gets too dark to bear.

There are some interesting interactions with religious step-grandparents (who buy Mason a shotgun and a bible for his 15th birthday) although this feels a bit tacked on.

Arquette and Hawke are consistently excellent and Coltrane gives a memorable lead performance.

Distilled adolescence in the form of a road trips and family dinners, birthdays and graduations and all the moments in between become transcendent - there is just so much to BoyHood – laughs, pain, romance and grief which you’ll get to empathize with and probably leave reminiscing over.

(5 - superb cinematic, heartfelt, lifetime impact which will stay with you)

Awesomeness ööö – the climactic fight is a winner 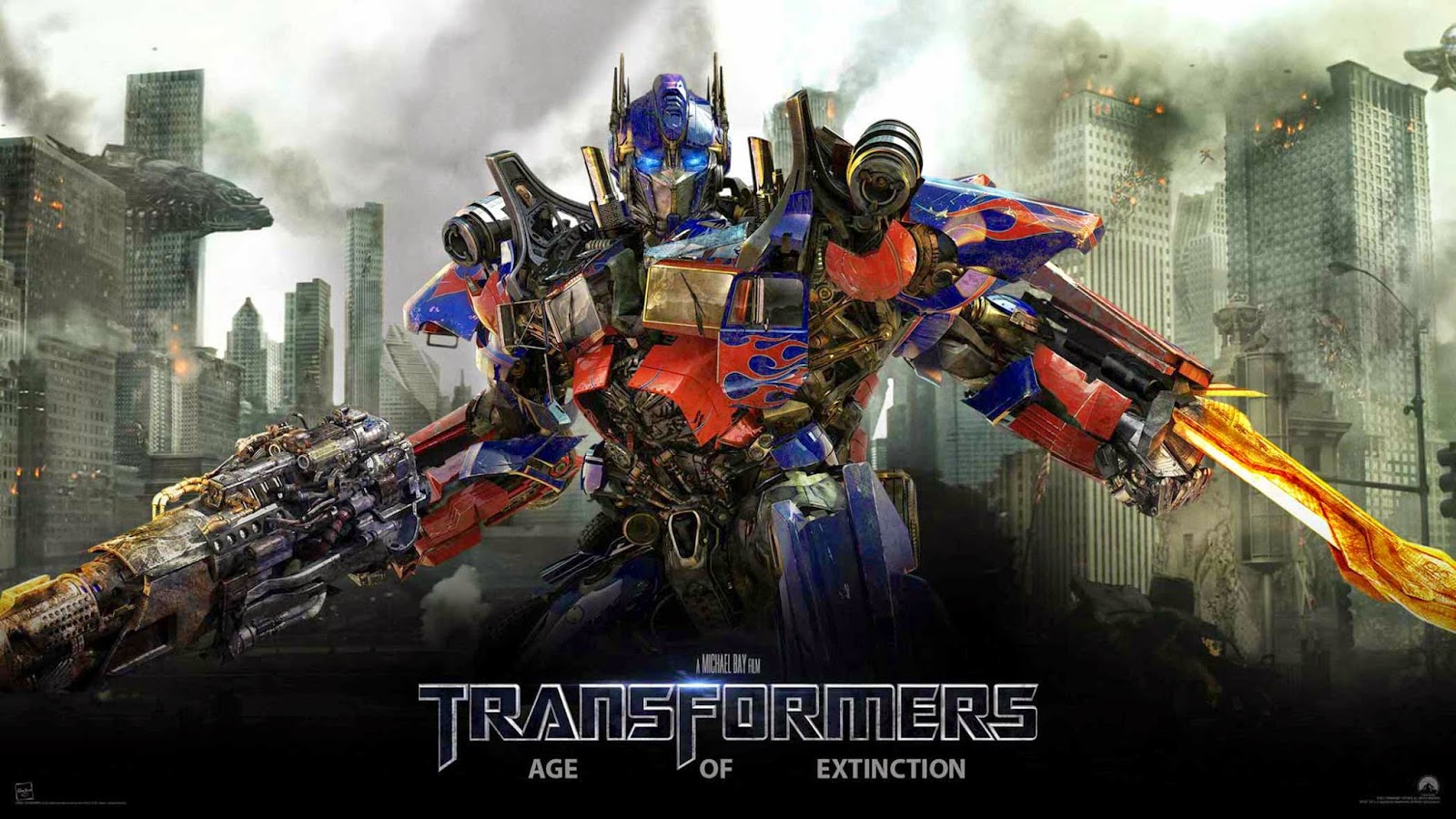 Transformers: Age Of Extinction (12a)

“There are innumerable mysteries to the universe. But who we are, is not one of them. That answer lies inside us. I am Optimus Prime…”

Age of Extinction is an adventure sixty-five million years in the making – and one that feels almost that long to watch… I’m sure that the shady aliens referred to only as the "Creators" had little idea just what they were unleashing when the used special ‘Seeds’ to alter Earth with their transformable metal.
Years after the epic Battle of Chicago (detailed in Transformers: Dark of the Moon) which saw the heroic Autobots led by Optimus Prme (voiced by Peter Cullen) fighting to save us from the evil Decepticons.

Now the transformers of all shapes and sizes are all in hiding – being hunted by the government due to having been deemed a threat to the planet. One day plucky inventor Cade Yeager (Mark ‘2 Guns’ Wahlberg) obtains an old truck to strip it for parts but it’s not just any old truck… It’s actually Optimus Prime!? 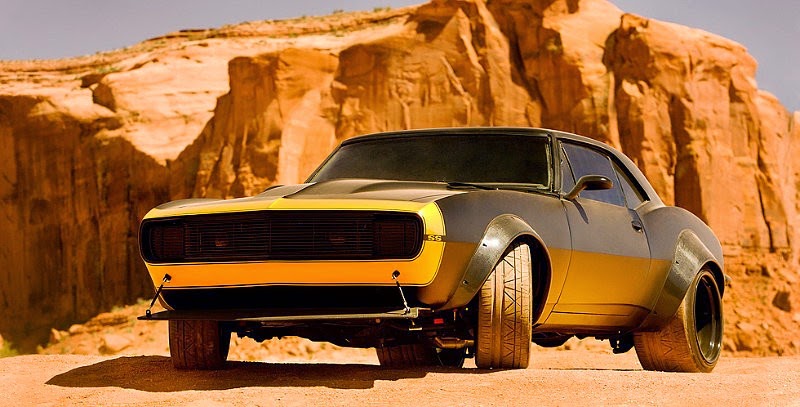 Cade repairs the boss Autobot but unwittingly ends up becoming a target for a shady government kill team backed up by a terminator like Transformer bounty hunter called Lockdown (voiced by Mark ‘Black Sails’ Ryan). The few remaining Autobots, namely: Bumblebee, Hound, Drift, and Crosshairs band together to try and thwart Lockdown and fight the renewed threat of man-made transformers led by Galvatron – who is harbours the personality of Megatron. 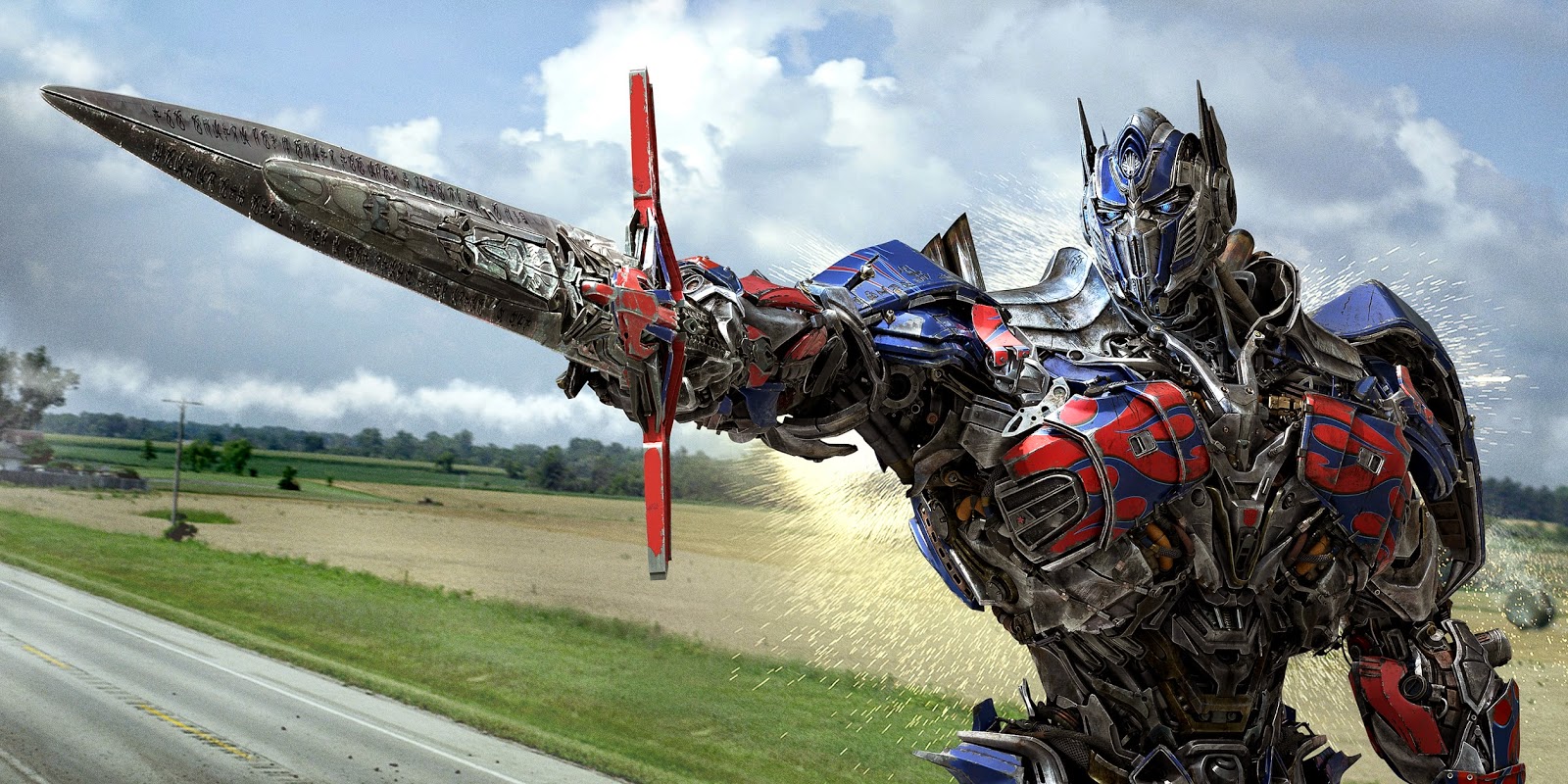 The plot always takes a back seat to the action in Transformers films but Age of Extinction is the weakest and most laborious yet. Alas the action is pretty lackluster too for the most part, only really redeemed (for transformer fans at least) by the climax that sees Dinobots thrown into the chaotic mix. It’s hard not to be impressed by the sight of Optimus riding in to battle on the back of metallic fire breathing dragon – gigantic sword in hand.

Director Bay though seems to have lost some of the love he has previously shown for his spectacular robotic heroes. Sure they still look superb and the occasionally even draw gasps as the special effects kick in with things we’ve never seen on screen before. 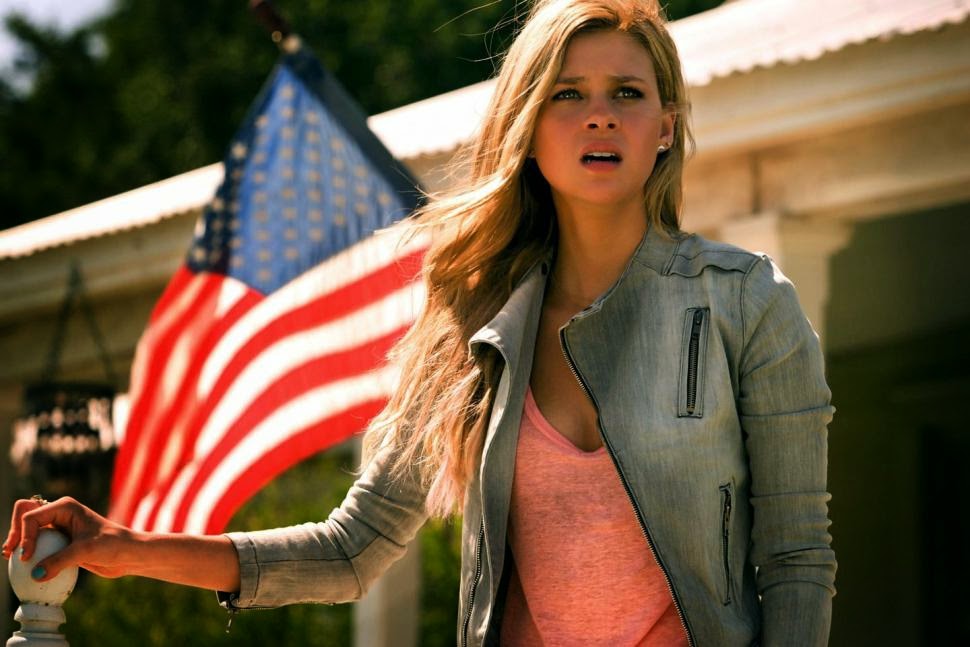 The Transformers franchise shows no sign of slowing down – and Age of Extinction delivers some heavy metal action thrills but let’s hope that part 5 amends for this overblown familiarity on screen here.

Awesomeness öööö – the climactic fight is a winner

Spiritual Enlightenment öö - some metal guys are still on our side 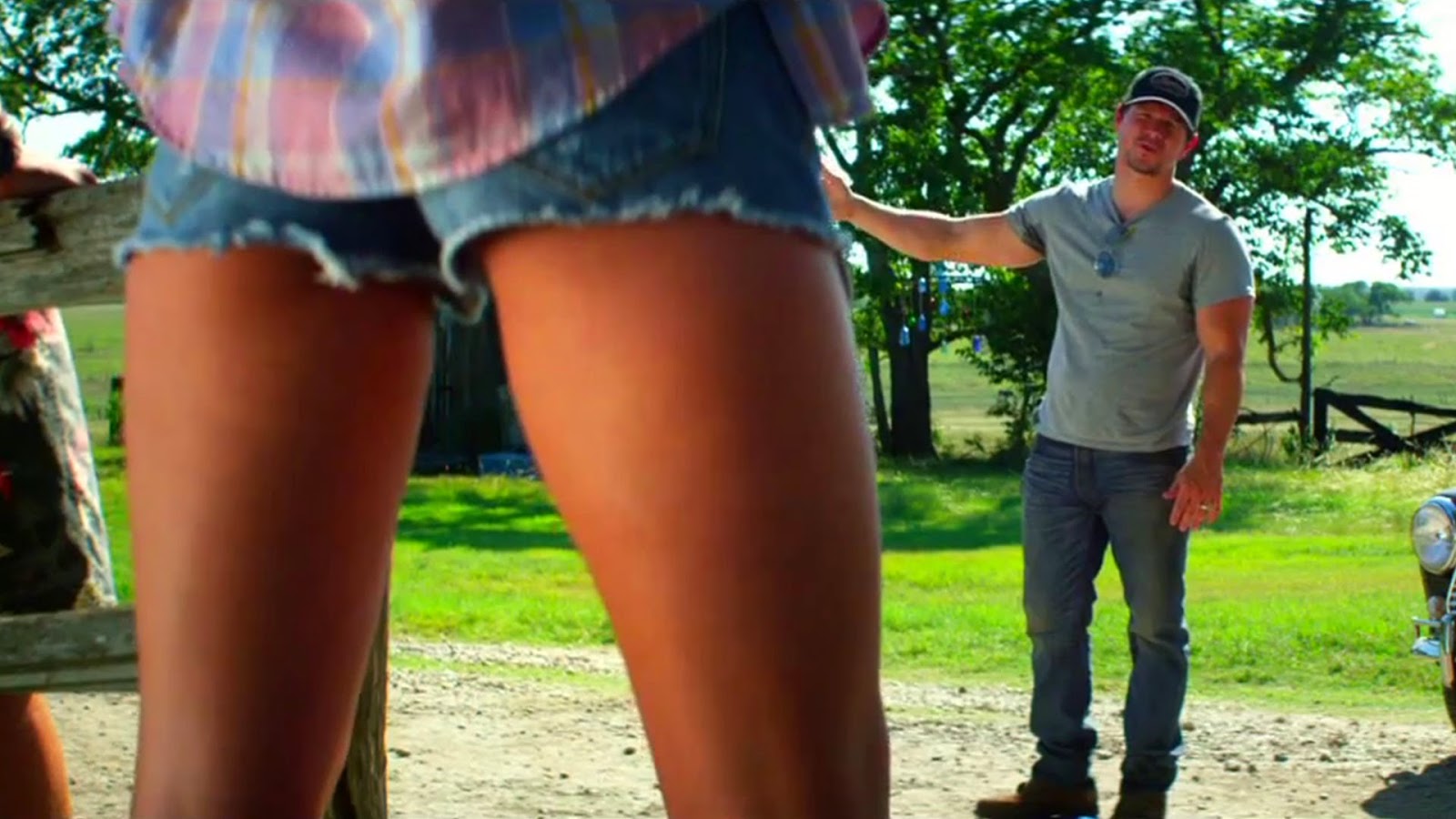 "Michael Bay - continues to empower women in this film"