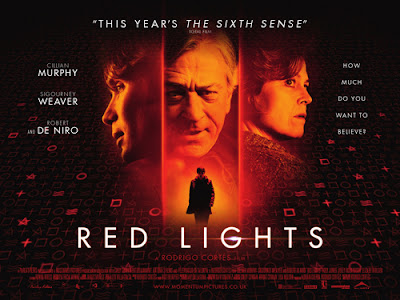 Are there forces beyond our comprehension out there? Do people walk amongst us who have supernatural powers? How much do we want to believe that there is more to this world than our short span of human life?
Welcome to the Red Lights – a fascinating, spooky new thriller that sees Spanish director Rodrigo ‘Buried’ Cortés proving that he can deliver quality tension and real cinematic suspense with the best of them.


Red Lights follows a team of scientists who investigate fraudulent psychics and anyone professing to have supernatural powers. Dr Margaret Matheson (Sigourney Weaver) and her younger assistant Dr Tom Buckley (Cillian Murphy) are a Mulder and Scully style duo of professional sceptics who shut down those preying on superstitious clients. These two know all the tricks and can spot the ‘Red Lights’ – elements that are out of place that give away how the supposed psychic is fooling their audience. 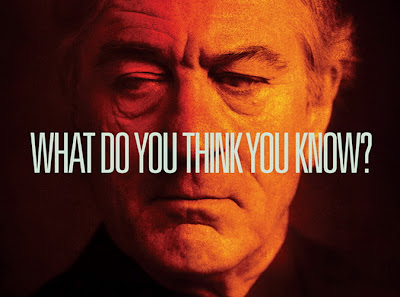 For 30 years not a single case has failed to have a logical non-supernatural rationale –but now the team come face to face with a superstar blind psychic Simon Silver (Robert De Niro), who has reappeared after a long self-imposed absence. So Matheson has spent her life invoking science to disprove so called mediums, faith healers and psychics but she has history with Simon Silver and he seems to genuinely unnerve her. Might it be that deep down Matheson wants to believe in an afterlife – as a Christian I find this exploration of the rationale behind belief fascinating. The film also asks questions about how much faith you need to be a total agnostic which are worth thinking through. 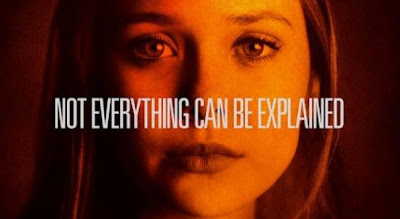 The build up to the climactic showdown is a fantastic eerie slow burn, thick with mystery. De Niro is on great form, the like of which we haven’t see on screen for many years and the final reveal / twist is one which will divide audiences. Red Lights is a film that engages the brain and merges some of the best elements of Hitchcock, Nolan and Shyamalan who have set the standard for this kind of creepy thriller.


Weaver, Murphy and De Niro get good support from the shapely form of Elizabeth Olsen who plays an eager student drawn to the work of the investigators. Red Lights is a film that will leave you pondering life, the universe and everything and it should be seen be thrill loving thinkers everywhere.

öööö - The truth might be out there...and it's worth searching for!? 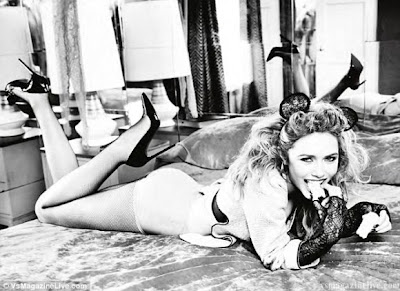