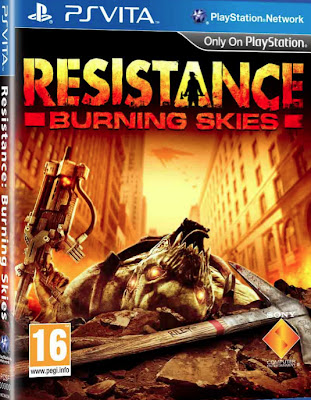 New Jersey fire fighter and National Guardsman Tom Riley, is about to have a bad day… He’ll come face to face with the brutal Chimeran alien invasion force in this blistering shooter built from the ground up for PS VITA (PlayStation Vita System). Bad news for Tom, but great news for fans of shooting aliens in the head!

The latest installment in the acclaimed Resistance franchise focuses on an all-new mission that parallels and complements the existing Resistance storyline, as Tom Riley rises from an everyday hero to a legend of the Resistance.

But does it work on the VITA? In a word ‘yes’… Being the first ever portable first-person shooter with true dual-analog control, Resistance Burning Skies is the closest thing yet to console-quality shooting in the palm of your hand.

The single player is fun and not over complicated but where I was really impressed was the competitive 8-player online multiplayer across 6 unique maps and 3 modes (with probably more on the way via DLC).

Twin analogue sticks are what you need for a ‘real’ shooter experience – and that’s what sets the VITA apart from the any other hand held games machine – there’s no way you could replicate the run and gun mechanics as well on an ipad or even a 3DS (even with the add on extra hub). 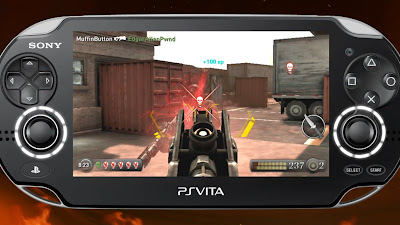 The Resistance mythos is all well and good here – with new Chimeran forces to blow away and some killer climactic boss fights. First person shooter veterans will probably blast through the single-player campaign anything up to 6 hours, popping trophies as they go.

Multiplayer is super fun though and will keep you playing / leveling up for a long time!!

Overall, this is a must buy for VITA owns wanting to add another decent shooter to the already available (and lots of fun) UNIT 13. 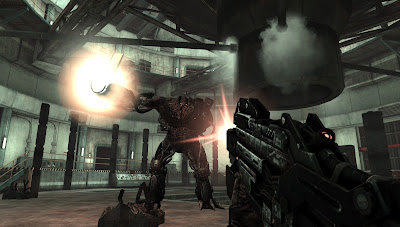 The future for VITA is bright – bring on Killzone and Call of Duty, the hardware is just waiting for them!!