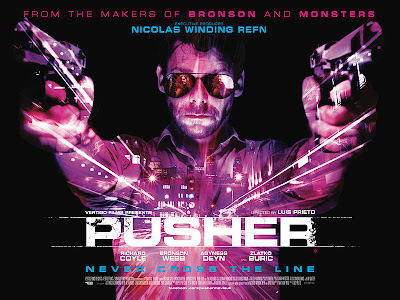 Meet Frank, he’s a small-time drug pusher – played with a wide-eyed, realistic feeling charisma by the excellent Richard Coyle (who incidentally looks a lot like my good pal Mike).

In just one week, Frank’s life completely falls apart, big time… And the film takes viewers along for the nail biting, ill-fated ride.

This is an English language remake of Pusher a Danish crim-em-up tale by ‘Drive’ director Nicolas Winding Refn. If you know the original then, you’ll know exactly what to expect – a big deal is on the offing which goes wrong and leaves Frank in debt by £55,000 to Milo (Zlatko Buric reprising his menacing role form the original). 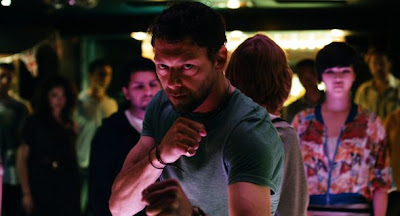 "Frank backs up his loser mate..."

With just two days to payback the money, Frank begins to desperately call in favours from his friends and family – and when his last chance risky drug import plan from Amsterdam goes belly up, he has to resort to crazed violent measures in order to try and save his knee-caps.

Pusher looks the business, a fantastic blend of drab lesser-seen parts of London mixed with throbbing neon-lit clubs and stark interiors. The visual flair of the film is great, if you look carefully, there are icons such as the face of Jesus, skulls, subliminal messages and the like - hidden (and some not so hidden which mirror Franks increased desperation) on walls, in paintings, on windows etc. This is a brilliant move as it gives a whole additional level of depth to the proceedings.

The soundtrack has been amped up too thanks to dance music legends Orbital who have created a superb album of tracks to go along with the movie.

As Frank’s life falls apart before his very eyes, his long suffering girlfriend Flo (the gorgeous model turned actress Agyness Deyn) doesn’t know whether to stick with him or cut her losses and run.

So we have a scary escalation of violence that feels disturbingly plausible - crime boss Milo is a walking, talking one-man government anti drugs campaign (if having anything to do with drugs means mixing with such nasty types!)…

Director Luis Prieto delivers a very watchable, gritty and exciting crime odyssey – but even with great performances and cool flashy visuals, this can’t quite match the sheer energy of the original.

ööö1/2 – Throbs with a heartfelt 'crime screws you up' message

Spiritual Enlightenment ööö – enough to make you evaluate your life... 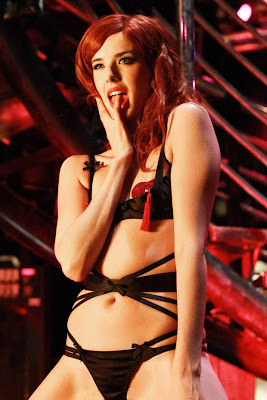 "Agyness Deyn in her 'pixie' mode"