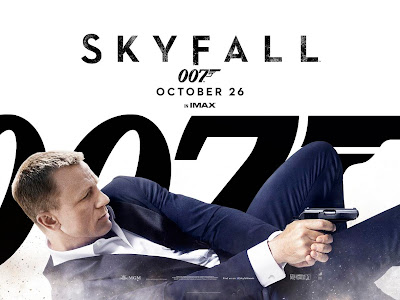 “THINK ON YOUR SINS…”

This is the cyber threat at the heart of Skyfall – a doomsday scenario for the undercover spies the world over… Yes 007 is back (played once again by the excellent Daniel Craig) to save the day, it’s hard to believe that the world’s favourite secret agent has now been fighting for Queen and Country for 50 years. 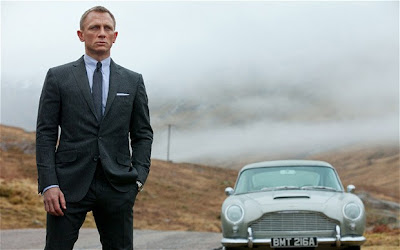 Sam ‘American Beauty’ Mendes directs Skyfall – which has already taken the UK box office by storm with the second biggest opening weekend of all time. It’s easy to see why – this is Bond at his best and Skyfall kicks the doors in with a truly epic entry in the franchise.

M and MI6 are under attack, a global list of all undercover anti-terrorist agents has been stolen – it seems someone has a very personal grudge and it is down to Bond to fight back.

Bad guy this time is mad computer hacker and ex-MI6 Agent Raoul Silva (Javier Bardem), and he’s potentially one of the best Bond villains ever – think The Joker from The Dark Knight and you’ll have some idea what to expect. Silva is out for revenge against M and Bond will be tested to the limit as he strives to protect his boss, even whilst she is being investigated by MPs for her recent actions. 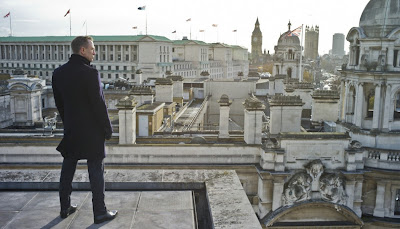 Skyfall does pretty much everything right, bringing high quality action, stunning locations, gorgeous Bond girls – in the shapely form of Naomie Harris's Eve, and Bérénice Marlohe's Sévérine – and some ‘cheer out loud’ crowd pleasing Bond-isms such as a new ‘Q’ (Ben Whishaw) and another spin for the classic DB5.

Best of all Skyfall make Bond fun again – judging the balance of action and danger just right to make this the family film of the year (we took our sons aged 15 and 11 – who both loved it). The ‘12’ certificate is used well, the fights are brutal enough to prevent the film feeling too ‘tamed’.

This is Craig's moment as Bond, the good work he did in Casino Royale is cemented to icon status here, even making up for the weaker Quantum of Solace. The whole package delivers on all fronts – Skyfall comprehensively trounces Taken 2 and The Bourne Legacy – it is by far the best spy action film of the year and should sure up the Bond franchise for some future adventures. Welcome back Mr Bond!

Awesomeness ööööö – This is vintage Bond!

Horror öö – Tense but not grim

Much better than Quantum of Solace 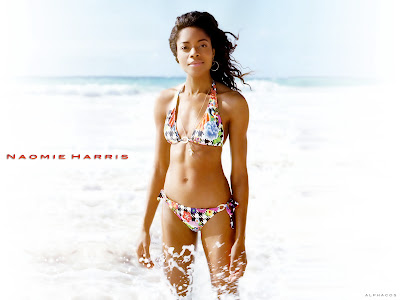