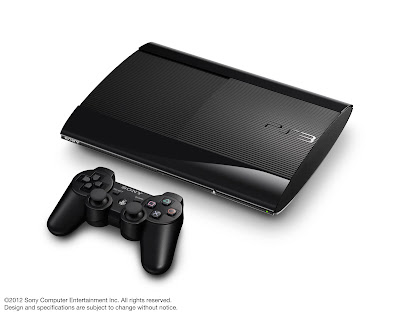 The iconic PlayStation 3, first brought to us in 2007, has been reinvented for the next wave of innovation and creativity... Yes the world's best gaming machine is back and smaller and funkier than ever before packing a cool 500Gb or a intro level 12Gb.

Sales of Sony's PS3 rocketed 138% over last week following the release of Sony's PS3 'Super Slim' 500GB console - so it seems that there is a real hunger for HD gaming on the slimmer side!?

Basically the trusty PS3 has had a makeover – reduced in size yet again, the contours are slicker, the shape more seductive. But what the console now lacks in size, it makes up for in entertainment offerings across film, catch up TV services, music and of course, video gaming (am currently deep in my Borderlands 2 addiction).

But now more than ever, the PlayStation 3 is more than a games console, it’s a true entertainment hub. Blu-rays in stunning HD,  3D movies and gaming capabilities which go so well with the Sony TVs... especially cool if you have a LoveFilm and Netflix account.

There are a growing number of 'catch-up' TV services on the PS3 now too, allowing you to watch what you want when you want - including the BBC iPlayer, ITV Player, 4OD and the recently launched BBC Sports Application. 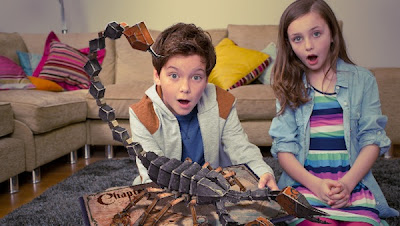 "Wonder if it will be any good?"

Launching in November, Wonderbook™,  is a new and innovative PS3 peripheral, will potentially transform the world around you with the next step in reading and augmented reality gaming. The first title available for Wonderbook is ‘Book of Spells’ featuring exclusive new and original writing from J.K. Rowling - which will no doubt please Harry Potter fans.

With further titles set for release from renowned entertainment partners such as BBC Worldwide (Walking with Dinosaurs) and Disney, Wonderbook has serious all age potential.

The brand new 12GB PlayStation 3 will be hitting shelves October 12th, and will be offered separately, or via a host of value added bundles, if you haven't gotten into the fantastic world of opportunities that PS3 provides, this Christmas you really should make the move!
Posted by Matt Adcock at 10:01 pm