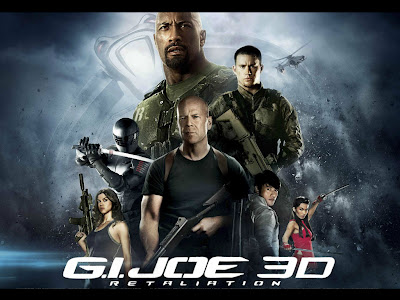 Q. How do you go about making a sequel to a big budget but entirely shallow action movie based on a range of plastic figures?

A. Break out a serious amount of heavy duty weaponry, throw in extra swords, ninjas, nanotech machines, buxom females and mix it up with Bruce Willis and Dwayne ‘The Rock’ Johnson trying to out macho each other!?

Yes, the unstoppable ‘Hasbro’ toy franchise machine (see Transformers, Battleship and G.I. Joe: Rise of the Cobra for the billions of dollars made from their film tie-ins to date) blast back onto the big screen with G.I. Joe: Retaliation. 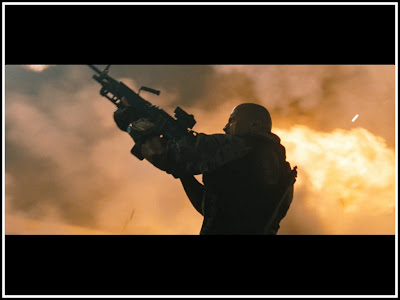 "there's fire coming out of my ears!!"

Director Chu and the writers of Zombieland go for broke with bigger scale action carnage, insane CGI assisted firefights and cartoonish characters or ‘Joes’ who are sworn to protect the good ol USA at any cost.

Everything is machine tooled to excite your inner 12 year old – I know this because whilst I found it all averagely fun and totally stupid, my 12-year-old son proclaimed it to be “The best film I’ve ever, ever, seen!” 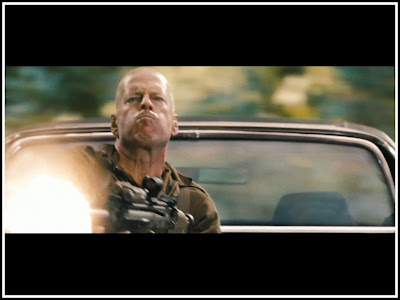 Pick of the dim-witted but eye-pooping action set pieces is a cool ninja-em-up battle that sees goodie Joes ‘Snake Eyes’ (Ray Park) and ‘Jinx’ (Elodie Yung) out to kidnap the Cobra master swordsman ‘Storm Shadow’ (Byung-hun Lee – who has possibly the most ripped abs ever to grace the screen) high up in the mountains of Japan. It’s breath-taking stuff that as ninjas clash swords mid death defying leap between peaks which brought yelps of delight and disbelief from the audience in the screening I was in. 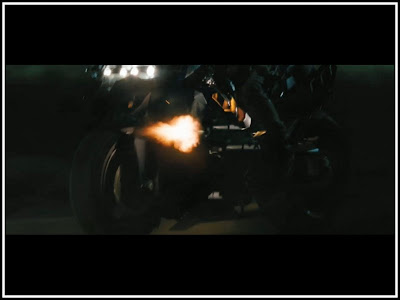 "a left over transformer gets used in G.I. Joe 2"

The Rock is brought on board to lead the Joes when they are double-crossed and most of them taken out after an impostor takes over the White House. Johnson is good value and sparks well off the rest of the cast. Bruce Willis does his usual grizzled tough guy smirking and gets to crack a few good one-liners.

Adrianne Palicki is on hand as Joe ‘Jaye’ – the eye candy of the crew as although her whole plot is about her wanting to be taken seriously in the military, her main ‘action’ scenes are ones where she must dress skimpily and use her pneumatic figure to distract men!? Not one for the feminists out there.

G.I. Joe: Retaliation is the very definition of a fast food action flick, tasty and enjoyable whilst watching but of no lasting substance or real value. 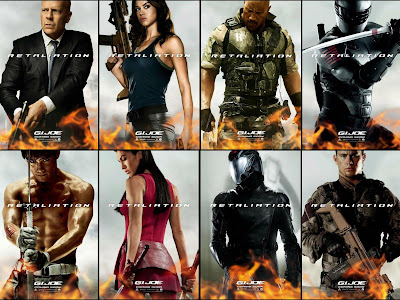 
ööö - do you want fries with that?

3 – better than the first one

Awesomeness ööö – it's like action figures come to life!?

Horror öö  – not too grim at all (considering the bodycount)

Babes ööö – Palicki is a whole lot of woman 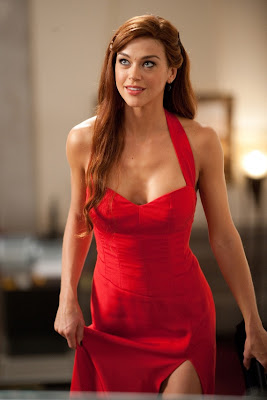 This is a pretty alright movie as it offers intense heart pounding action that keeps you wanting more. Good review Matt.