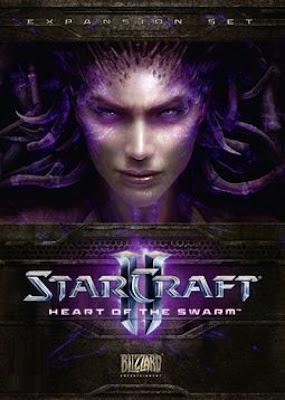 Starcraft II: Heart of the Swarm

StarCraft II was a kind of big deal for Real-time Strategy Gamers the world over when StarCraft II: Wings of Liberty hit hit back in 2010. This was a major leap forward compared to the original StarCraft – everything was bigger, slicker and more engrossing. So when it was announced that the StarCraft II universe was going to be a trilogy of new games, gamers got excited to see where the series would go next…

Now Blizzard bring us Starcraft II: Heart of the Swarm which builds on the great space warfare epic saga with the battling races including the Protoss - technologically advanced species with mental powers / weapons, the Terran - human exiles from Earth and the Zerg - a super-species of assimilated life forms with a hive-mind. These three distinct and powerful races now clash again in this fast-paced real-time strategy expansion.

Heart of the Swarm has a very different feel from Wings of Liberty – especially the single player campaign that tells the tale of Sarah Kerrigan (from the last game) who has become the ‘Queen of Blades’ who can control the Zerg through her thoughts. Hero of Wings of Liberty Jim Raynor is thrown into her path and sets out to free her from the testing lab where she is being held. But before this unlikely alliance can be agreed Dominion forces attack and they are separated again – the Dominion claiming that Raynor has been captured and executed. 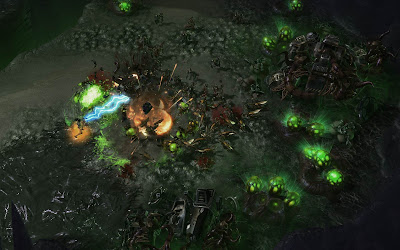 "Get your hive mind on this scale!!"

Cue a frantic battle which sees Kerrigan regaining her Zerg form and using the hive army to bring revenege on the Dominion and all who stand in her way. The single player campaign is formed of nice bite sized missions, which are cleverly used to tell the story in chapters which allow for twists and turns to the plot.

If you’re a fan of StarCraft you’ll find yourself hooked in to the story which has gravitas in its own right but also set ups the final part of the trilogy: StarCraft II: Legacy of the Void which is planned.

Of course the single player campaign is only one element because Blizzard are one of the leading online multiplayer creators *cough* World of WarCraft and Diablo *cough* through Battle.net, which is one of the best online platforms to date. StarCraft II already has a vibrant online gaming scene and Heart of the Swarm brings a host of new features and units to the table. This is now pretty much the ultimate competitive real-time strategy online gaming with tightly balanced new units and gameplay mechanics further distinguish each race.

Yes it all looks great (if not massively better than the last entry) but the new units and cut scenes rock impressive graphics and depending on the horsepower of your PC or Mac there are lots of visual effects and flourishes to enjoy. 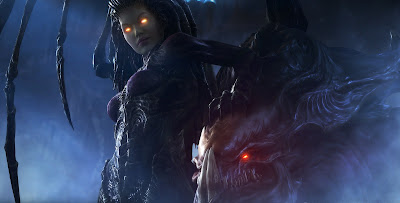 Another winning feature is the full map-making and scripting tools to give players incredible freedom in customizing and personalizing their gameplay experience.

There is so much here to make Heart of the Swarm a ‘must buy’ for any RTS game fans – don’t see it as a cash in extension, no, rather embrace your inner Zerg and enjoy a massively polished new chapter of one of the best games out there! 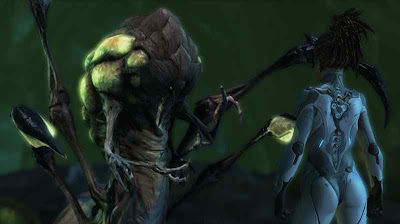 "does my hive look big in this skin-tight outfit?" 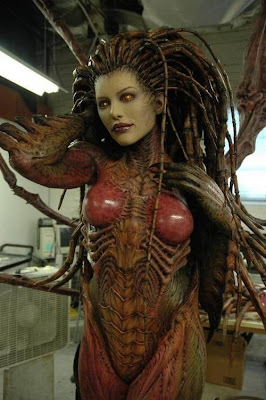