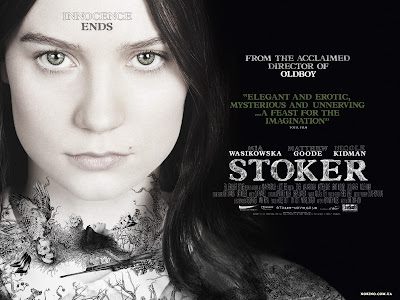 Meet India Stoker (Mia Wasikowska), a traumatised young woman who becomes emotionally disturbed after the death of her father. Things get creepy, confused and shot–through with a sense of lurking dread when her good looking uncle Charlie (Matthew Goode) comes visit and seems to be hitting it off a bit too well with her newly widowed mother, Evelyn (Nicole Kidman).

Stoker might not have any vampires of the traditional ‘I want to suck your blood’ sense, ripped from the pages of the famous Bram’s novel, but it does share a blatant bloodlust and a compulsive otherworldly weirdness. This Stoker however doesn’t need supernatural elements to delve into the sexual and violent acts hidden just under the surface tension of our human existence.

I’m a big fan of South Korean filmmaker Park ‘Oldboy” Chan-Wook and its interesting to see how much of his unique style he has fused into Stoker - his first English-language film. This is a viewing experience unlike any other, Wasikowska exerts a hypnotic hold skillfully depicting her innocence slowly evolving into a full blown ‘is she destined to be a crazed killer?’ Hitchcock-esq degeneration of rational behaviour.

Sure there are many films that draw parallels between the powerful linkage of female sexual awakening and extreme violence – indeed the remake of the influential ‘Carrie’ will hit the UK later this year, but Stoker brings a fascinatingly lurid, beautiful and ornate twist to the theme. 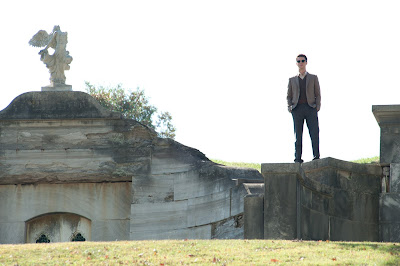 "Uncle Charlie - but can he be trusted?"

The cinematography is gorgeous, with camera shots creeping around characters, peeking from unlikely angles and effectively keeping the viewing on edge. Stoker brings sudden bursts of violence and keeps an undercurrent of sexual tension, it’s never dull because you can’t call which way the plot will take you.

Some might dismiss the overly kitsch imagery such as India lying on her bed surrounded by shoeboxes containing matching shoes that get smaller and smaller because she’s been wearing them all her life. But even this is just a set up for when Uncle Charlie breaks the pattern later in the film by giving her the first pair of high heel shoes she has worn to mark a new phase in her life…

If you’re in the mood for a provocative gothic noir thriller, Stoker delivers a wonderfully unconventional, sexy, brutal and engaging viewing experience. Highly recommended, just not for the faint of heart.

Awesomeness öööö – slow burning fear will grab you deep inside

Babes ööö – Wasikowska is geeky hot, Kidman you still would 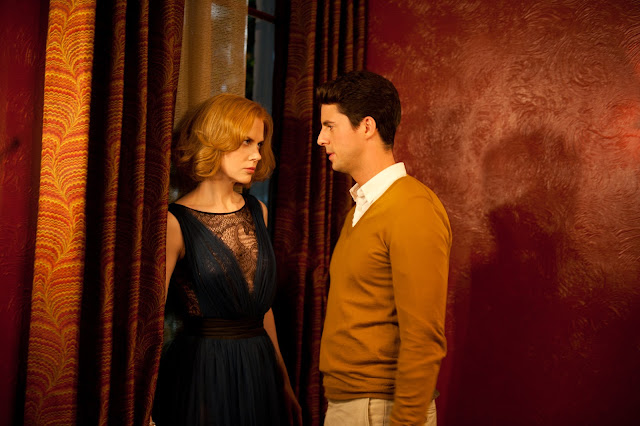