Darkmatters Review: Welcome To The Punch 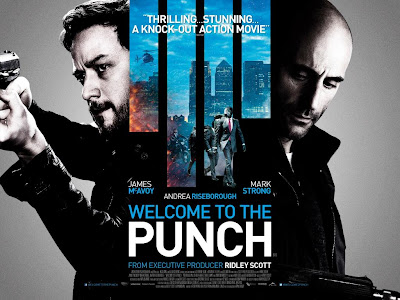 Britain steps up to the world cinematic stage with this gorgeously shot, stunningly crafted crime tale that very firmly puts style over substance, and delivers a Heat-esq almost epic.

From the very first scene of London by night, you’re in for a jaw dropping high definition visual overload, the like of which has simply not been seen on screen – everything sparkles in a cold, crisp brilliance – and when the camera soars through the city streets, watching a heist getaway and ensuing chase sequence – you can feel every cinematic bone fibre of your body reacting to witnessing something a bit special. 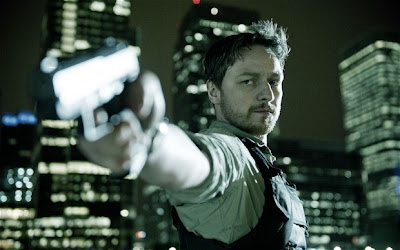 James ‘The Lion, The Witch & The Wardrobe’ McAvoy ditches his Narnia and brings his Sweeney as maverick but good cop Max. Max has a score to settle with criminal big-wig Sternwood (Mark Strong) who shot him in the leg during a high-stakes heist. But fate sees Max given the chance to potentially bring Sternwood down after his son is shot and is being treated in a London hospital. Will Sternwood bite on the bait of trying to free his son from a soft target location and might there be a bigger, nastier conspiracy going on behind the scenes?

The story about Max’s obsession with Sternwood is pure British Heat but alas Creevy hasn’t quite got the intricate plot and strong dialogue that Michael Mann had – so whilst Welcome To The Punch rocks visually and packs some great action, it doesn’t resonate at a level to make it a classic. I’m not dissing Brit director Creevy though as he deserves credit for pulling off such an accomplished film on a medium budget through some very high production values and a decent bunch of actors – all of which makes you feel like this could have been something really special if the dialogue and character development was better. 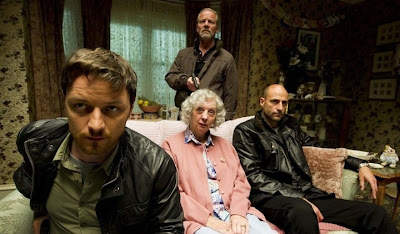 The emotional pull / love interest is a weak point in Andrea Riseborough as Sarah, Max’s partner who isn’t given enough to do except ask dim questions that help fill in exposition about the gun-running / political plotline. Welcome To The Punch certainly references from the best with films like Infernal Affairs, Heat and last year’s Sweeney remake all prominent. This is a new breed of British crime thriller which moves the genre on from the ‘Guy Ritchie’ / Essex Boys years.

There are some really great scenes on offer though, my picks have to be the opening heist, a great nightclub shootout and an absolutely unforgettable living room nerve shredding stand off that all goes very wrong.

3.5 – Welcome To The Punch is definitely worth a look!

Horror öö  – not too grim either

Babes öö – not much eye candy 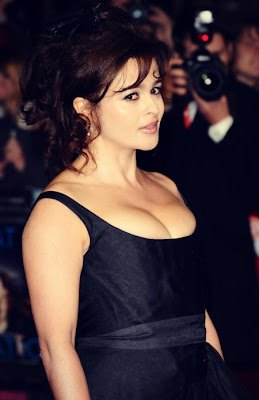