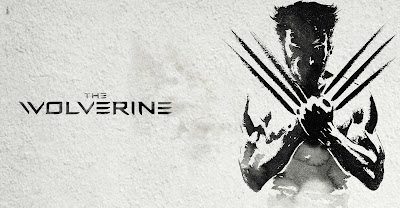 Say hello once more to everyone’s favourite hairy / metal clawed and most cinematically prolific X-Man - Logan – also known as ‘Wolverine’ (played again for the 6th time here by Hugh ‘Les Misérables’ Jackman). The Wolverine is the second spin off movie about the animalistic hero and it works as a semi-sequel to X-Men: The Last Stand (from 2006). 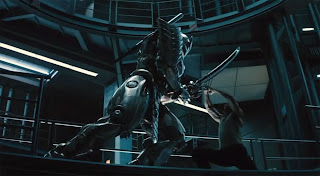 Here we find Logan bearded and dishevelled, wandering the back woods, wracked with guilt over the death of Jean Grey / Phoenix (Famke Janssen), who he had to kill when she turned to the dark side. She haunts his dreams, dressed in skimpy underwear, asking when he’s going to die and ‘join her’ – but that's the one thing he can’t do thanks to his regeneration power.

When he meets a mysterious Japanese sword woman named Yukio (Rila Fukushima), Logan is re-introduced into society and finds a will to live in the Far East after meeting Yashida (Hal Yamanouchi), a soldier whose life he saved when the U.S. bombed Nagasaki.

"beware the charms of the Viper"

Other perils include Yakuza mobsters, vengeful Ninjas and a showdown with a giant robotic Samurai suit of armour made of the same ‘unbreakable’ Adamantium metal as Wolverine’s claws.

There are plenty of things to make you go ‘SNIKT’ in appreciation but nothing likely to really linger long in the mind – 2013 has already seen such a wealth of high spectacle blockbusters, it’s hard for The Wolverine to stand out.

What is incredible is Hugh Jackman’s physical build, he looks every bit as buff now (at a sprightly 44) as he did when he first played the part in the first X-Men in 2000, and he spends a lot of the film topless to prove it!?

At one point Yashida tells Logan “Eternity can be a curse. The losses you have had to suffer... a man can run out of things to care for, lose his purpose,” but thanks to a killer after the credits end scene that whets the appetite for next year’s X-Men: Days of Future Past – it looks like there is plenty of life in the X-Men franchise yet! 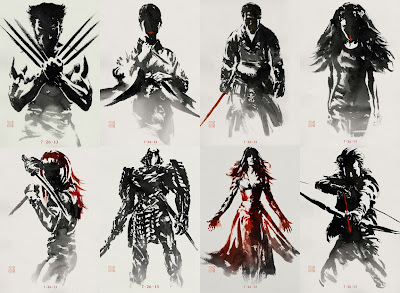 Spiritual Enlightenment öö – your humanity is worth fighting for