Darkmatters Review: The Man From U.N.C.L.E.

Read the Newspaper version of this review over at: The Luton News

“For a special agent, you're not having a very special day, are you?”

Who do you turn to when a rogue nuclear warhead looks like falling in to the wrong hands? Bond? Borne? Maybe but when it’s the ‘60s and Austin Powers is nowhere to be found you’ll want to try Napoleon Solo (Henry ‘Man of Steel’ Cavill), the man from: United Network Command for Law and Enforcement. 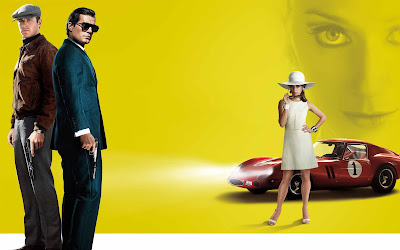 "delivers big time on the cool"

With his big screen makeover of The Man From U.N.C.L.E. Guy Ritchie takes a break from his Sherlock Holmes films and delivers a slick, stylish and hugely enjoyable take on the spy genre. Everything about this production sizzles with cool – largely thanks to the perfect casting of the smooth U.S. thief turned spy in Cavill and his unwilling KGB operative partner Illya Kuryakin (Armie Hammer). The way these two bounce off each other is splendid to behold.

And whilst this might be described as a rip-roaring ‘boys own’ adventure – the women of the piece are great too. Alicia Vikander follows up her superb lead in Ex Machina with a movie stealing turn as Gabby Teller, a woman whose father is a Nazi scientist working for the U.S. government but now missing. Plus there’s an impressive shapely baddie at work in the form of Elizabeth Debicki who you might have spotted in The Great Gatsby.

"this saving the world stuff can be tough"

The plot cracks along without sagging, aided by a sparkling script that holds a good balance of being genuinely funny but never letting the spy antics lose their menacing edge. It is entirely refreshing to see a film that packs credible peril, action and even the obligatory ‘hero gets tortured’ scenes without being overly nasty or foul mouthed (which is quite something when remembering Ritchie’s early work such as Lock, Stock and Two Smoking Barrels’)!

The Man From U.N.C.L.E. is a film that you can watch with your parents and you teens and it should please across the board. The action set pieces are handled brilliantly. There’s a joy in seeing the archaic 1960’s cars, weapons and out-dated tech bringing such pulse pounding thrills – great for those who remember that time and for a new generation.

Throw dodgy uncle Rudi (Sylvester Groth) and proper English Spymaster Waverly ( Hugh Grant – really not having to stretch his skills) and you’ve all the ingredients for a feel good spy-em-up of the highest order.

Here’s hoping that the well set up sequel gets made soon!

(4 - Saving the world never goes out of style) 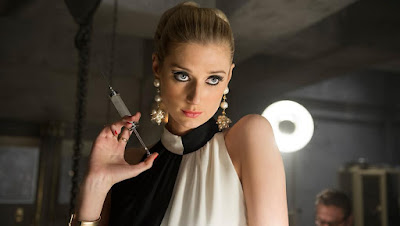