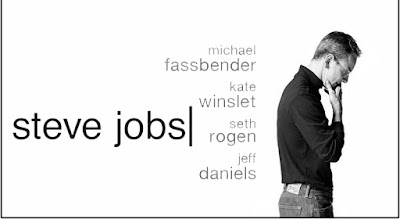 
“Choose Life. Choose a career. Choose an industry changing vision. Choose good health, but low self esteem and childhood adoption insecurity. Choose mortgage repayments for a woman who may be the mother to your daughter that you claim isn’t yours. Choose a series of awkward run in with your colleagues. Choose having very few friends. Choose world changing Apple products. Choose Steve Jobs...”

Steve Jobs is a remarkable movie about an incredibly driven man. You don’t have to be a fan of Apple iPods, iMacs, iPhones or iPads (although to declare an interest here, I am), to appreciate what an impact his company has had on society’s tech habits. 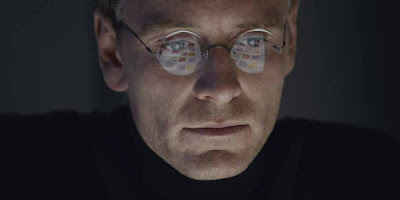 Director Danny ‘Trainspotting’ Boyle injects energy and real conviction to this tale of Jobs’ life. Rather than going for a whole life biopic, Steve Jobs highlights three key time points, each backstage at major product launches. This format works really well and we start in 1984 when Jobs (Michael ‘The Counselor’ Fassbender) faces the world to introduce the revolutionary Macintosh.

Things are complicated by the arrival minutes before the launch of Chrisann Brennan (Katherine ‘Inherent Vice’ Waterston) who wants him to support her after a paternity suit that finds him 94.1% likely that he is the dad of her daughter Lisa. This parental drama and his ensuing relationship with young Lisa (played by different actresses at each time point) forms a strong counter narrative to the high tech / high pressure launch paranoia. 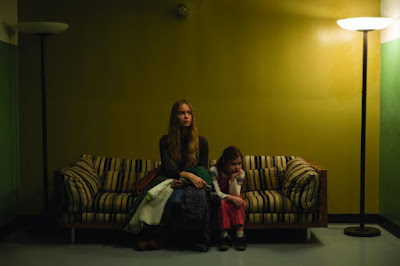 In 1998 we join Jobs and his team who include his right hand woman Joanna Huffman (Kate Winslet on top form) - the power behind the throne - at the launch of his problematic non Apple ‘NeXT’ computer. The final section takes place in1998 when the tech world witnesses the seismic shift that was the iMac.

Fassbender is incredible as the man whose driven tech vision changed the way so many of us communicate and consume media. But he’s ably supported by the rest of the cast and it’s the human interaction that gives this flashy tech film a strong beating heart. The strained relationship Jobs was purported to have with key other Apple players including Andy Hertzfeld (Michael Stuhlbarg), John Sculley (Jeff Daniels) and Steve Wozniak (Seth Rogen) make compulsive viewing. 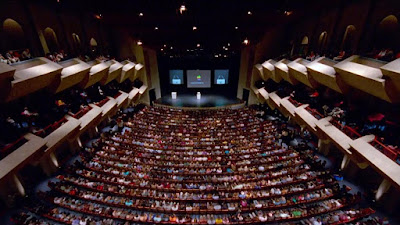 Steve Jobs was undoubtedly a maverick and fascinating character, this extremely engaging insight into just what made him tick is highly recommended viewing. 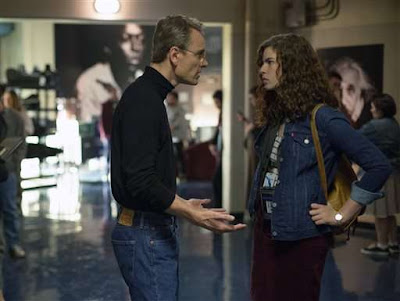 "Older but still at odds"