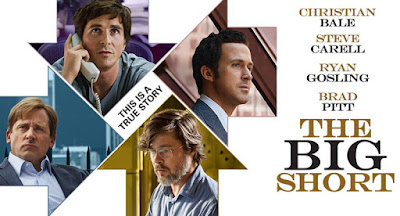 “We live in an era of fraud in America. Not just in banking, but in government, education, religion, food. Even baseball...”

When the words ‘corruption’ and ‘banking’ became synonymous during the world-wide financial crisis of 2008, millions of people’s lives were completely wrecked, but not everyone’s. Adam ‘Anchorman’ McKay’s The Big Short takes us inside the true story of how a few men foresaw the crash and managed to actually make money from the situation.

And while witnessing the callous, greed driven nightmare that took people’s homes and livelihoods from them will make you potentially want to punch the next banker you meet, this is ‘must see’ filmmaking. 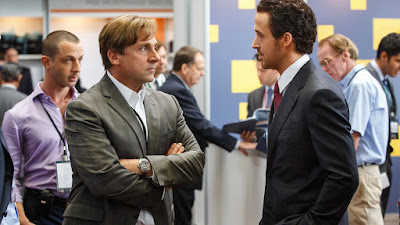 Meet Michael Burry (Christian ‘The Dark Knight’ Bale), a maverick ex-physician who runs a hedge fund. He is the first to spot that the US housing market’s foundations are built on a volatile bubble that looks like it will burst. So convinced is he about this doomsday scenario that Burry places a huge bet (known as a short) against the housing market with the banks – who are more than happy to take this ‘crazy’ bet against something that just never happens.

Meanwhile market trader Jared Vennett (Ryan ‘Drive’ Gosling) gets wind of what Burry is doing and looks to also cash in. Then a wrong number phone call tips off another small team of fund managers led by Mark Baum (Steve ‘Foxcatcher’ Carell) and the final bunch to the party are young investors Charlie Geller (John Magaro) and Jamie Shipley (Finn WIttrock). Theses two have a secret weapon in the form of retired master banker Ben Rickert (Brad Pitt) who agrees to help them.

This rag tag bunch of outsiders are thought to be crying wolf but as the crisis escalates, well, it’s not a spoiler because we know what went down, they actually make serious money when everybody else was losing big time. Burry’s fund sees 489% profits on their gamble!?

OK enough plot, The Big Short does a good job of making the hard to comprehend world of subprime loans, collateralized debt obligations and AAA credit ratings into a darkly comic thrill ride. There are some genius 4th wall breaking moments of handy explanation from the celebrity likes of starlet Margot Robbie (in a bubble bath), top chef Anthony Bourdain (with some fish) and pop star Selena Gomes with business guru Richard Thaler – which really help you keep up with key details. 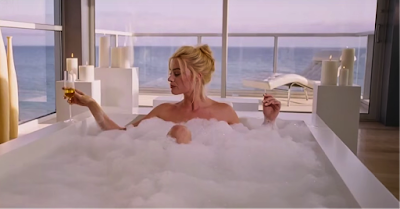 The Big Short is a superb film that blows the lid off a very painful real life topic. The cast are fantastic, making what could have been a hard slog of a tale bounce along with energy and believable humanity.

If this had been a fictional account you might have said it was too far fetched to believe but the fact that it happened and we’re still feeling the financial fallout from it is absolutely terrifying. 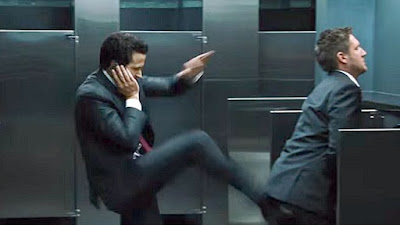 "Aint that a kicker"

Awesomeness öööö – Truth can be as terrifying as any fiction

Laughs öööö – Very funny in places but painful too

Horror ö – Only the swears and the tension to upset here

Spiritual Enlightenment öö - Is money the root of all evil? 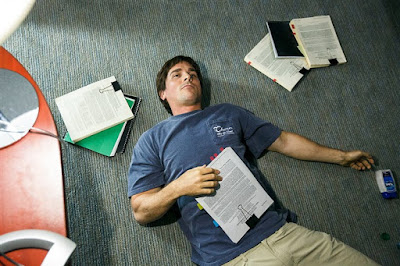