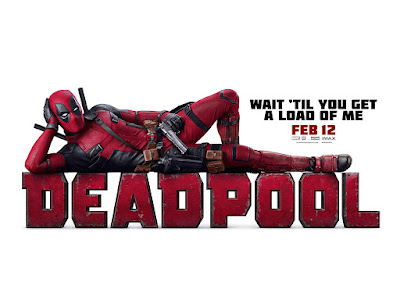 “You're probably thinking ‘This is a superhero movie, but that guy in the suit just turned that other guy into a kebab.’
Surprise, this is a different kind of superhero story.”

Another superhero origin story? I know right. But this one dear reader is a little different, a bit of a spicier cocktail of seriously non-PC jaw dropping violence, laugh-out-loud profane funnies and ironic pop-culture zeitgeist that bleeds cool from every frame. 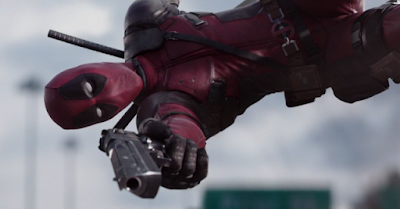 Deadpool has already had a brief burst of big screen action in 2009’s X-Men Origins: Wolverine – but here the former Special Forces operative turned ‘Merc with a Mouth’ is the antihero star.

When Wade gets terminal cancer he is offered a chance by a shady organisation who promise to not only cure him but give him super powers. Things aren’t quite what they seem though, leaving him horribly disfigured, incredibly angry and packing self-regenerating abilities to go along with his enhanced fighting skills. 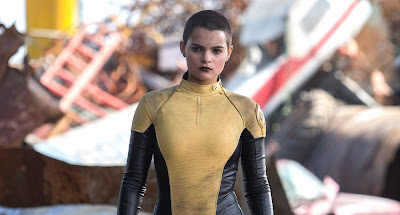 With bloody vengeance on his mind Deadpool takes on an insanely violent one-man crusade to bring down his tormentors and try to win back the love of his life. Main bad guy of the piece is ‘British Villain’ Ajax (Ed ‘Kill Your Friends’ Skrein) who also has mutant powers and may hold the only hope for Wilson to get his face back.

You don’t need to worry about the plot – it’s better to just sit back and let the awesome OTT sensory assault wash over you. The action is crunching and makes great use of CGI, especially moments of super slow-mo such as a highway ambush (the infamous ‘leaked footage’ fans loved so much it led to the film getting made)… 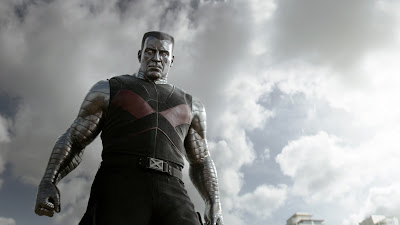 If easily offended Deadpool is liable to freak you out completely so proceed with caution but for comic book fans looking for a fresh, exciting total blast of super powered thrills, this is the best subversive joy ride since Kick Ass.