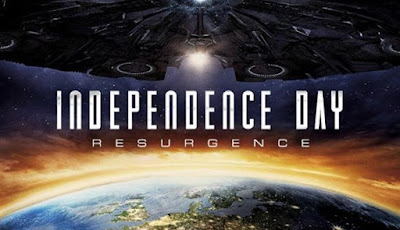 “Today, you will once again be fighting for our freedom... Not from tyranny, oppression, or persecution... but from annihilation.”

If you can remember 1996, there’s a good chance you saw and enjoyed Independence Day – with it’s iconic destruction of earth’s best loved landmarks, cheesy B-Movie plot and exciting ‘humans fight back’ narrative. So there’s a weight of expectation on this belated follow up… 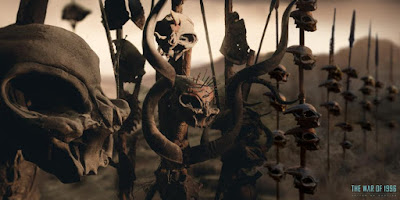 Welcome to earth where we’ve spent the last 20 years utilising the advanced alien tech our nasty intergalactic enemies left behind, just in case they decide to come back. Yes we’ve got nifty anti-grav helicopters, stashes of alien laser rifles and a massive space canon built on the moon. This time we’ll be ready to fight.

Alas it seems that the aliens haven’t been idle either – and when their inevitable resurgent assault comes, it’s bigger than we could possibly repel. Yes, it’s big screen extinction level events a go-go again, and Director Emmerich is a master of eye popping devastation. 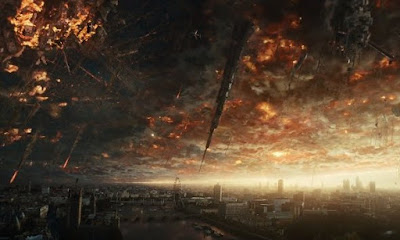 "There goes the planet"

This time there’s a mysterious second alien race to contend with, plus a good looking new cohort of hotshot Earth Space Defense (ESD) fighter pilots who include obligatory maverick Jake Morrison (Liam ‘Hunger Games’ Hemsworth), Dylan Dubrow-Hiler (Jessie Usher) – the son of sadly not returning because of death Steven Hiller (Will Smith). There are some female representatives this time too in form of Chinese pilot Rain Lao (Angelababy) and Patricia Whitmore (Maika Monroe) who is Jake’s love interest and skilled pilot too. 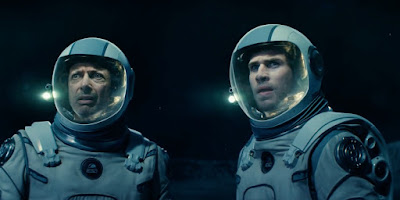 Independence Day: Resurgence isn’t big on character development or anything other than human vs alien visually incredible thrills and it packs some planetary sized plot holes. But the good news is that there are plenty of bigger scale threats to go round. How about a 3,000 mile enemy mothership complete with a new alien queen on the block who chases a school bus full of teens? Yep!

Is it as good as the first one? No, not really, but this is decent fun summer blockbusting fare. The only way to really appreciate this is to switch off your brain, kick back and let the slick dogfighting action and human bravery in the face of impossible odds light up your endorphin receptors. 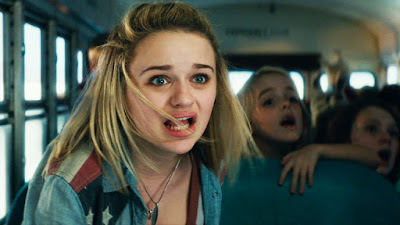 "The kids are in peril!"

Laughs öö – Limited but occasional laughs to be had

Horror öö – Nothing too grim but very tense in places

Spiritual Enlightenment ööö – Humanity fights for each other! 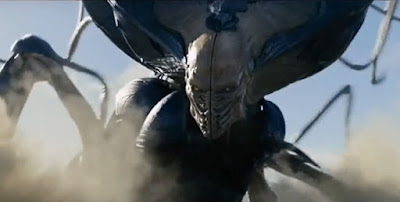