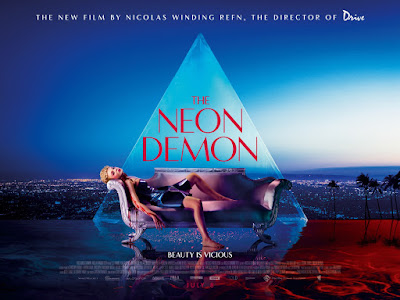 "You know what my mother used to call me?

'You're a dangerous girl'.

She was right. I am dangerous." 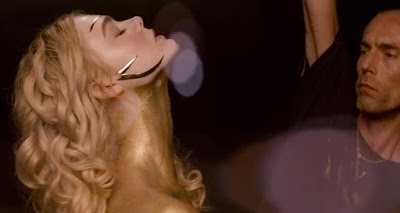 Meet young aspiring model Jesse (Elle 'Somewhere' Fanning) moves to Los Angeles, her youthful natural good looks and vitality immediately mark her out to a group of beauty-obsessed models who look incredible but are utterly evil on the inside...

Nicolas 'Drive' Winding Refn is fast becoming the new 'go-to' for strange, violent and highly creative movies. Films that will make you think, challenge, excite and disturb you all at the same time... Think David Lynch crossed with David 'Gone Girl' Fincher - another wild card director who is tearing up the rule book.

Refn's catalogue of films have crossed genres and styles but all have been excellent in their own way. Bronson was a crunching true life based prison tale, Valhalla Rising was a brutal Viking saga, Drive in 2011 was his masterpiece of cool crime romance and yes, nasty violence again... Then came the super charged samurai cop nightmare Only God Forgives - his most divisive movie until now...

Now we have The Neon Demon - an arcane treaty on beauty, innocence, horror and perception - a twistedly brilliant stomach churning power trip that gets inside your mind and wrecks it. 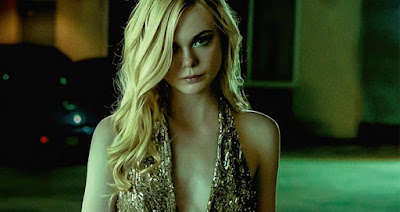 Fanning is incredible in an instantly iconic role. But she's not alone, as Jena Malone is amazing as Ruby - a seemingly good hearted make up artist and friend? who introduces Jesse to Gigi (Bella Heathcote) and Sarah (Abbey Lee). All the female cast are outstanding, and boy are they made to work hard with the freakish material on offer here...

Speaking of freaks Keanu Reeves is on hand to give a very creepy and turn which sees him very much playing against his well worn 'good guy' persona. 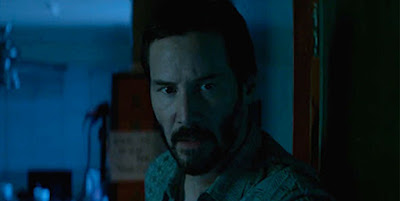 But it's Malone who has the worst of it... There's one scene that she has which is possibly the must unsettling and downright grim for many years but she gamely goes about it all with aplomb. The Neon Demon is a tough but brilliant watch. If you've a strong stomach and want a glitzy shallow spotlight on the dark nature that lurks just below the surface tension of our human condition...

This is a film that will leave you in pieces.

It will be fascinating to see where Refn goes from here but it's bound to be a wild ride!

Spiritual Enlightenment -öööö – Everything is rotten at core