Darkmatters Review: The Girl With All The Gifts 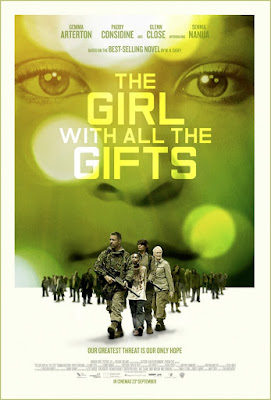 “The mission now is to try and stay off the menu…”

Meet Melanie, she’s a special girl. Bright, polite and caring, full of wide-eyed wonder at the world around her – oh – and she’s not actually human, even thought you couldn’t tell by looking at her… 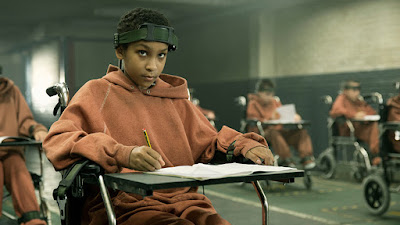 Welcome to the near future, mankind has been infected by a fungal like Ophiocordyceps Unilateralis – which is bad new because it turns you into a ‘hungry’. A state where your mental capacity is replaced with a predatory need to feed on the flesh of healthy humans – thus spreading the disease.

Director Colm ‘Sherlock’ McCarthy takes the excellent, heartbreaking novel by M.R. Carey and brings it to brutal life on the big screen. The ‘Girl’ with the gifts Melanie is played with superb warmth and likeable empathy by newcomer Sennia Nanua (who has the capacity to be a big star based on this breakthrough role). 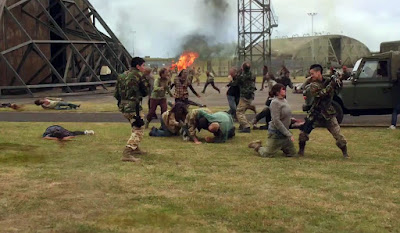 yeah that's me (running towards left, behind bald patch guy)

Melanie’s world is one of confinement, locked in a cell, she and her classmates are only let out to be taught by kind teacher Helen Justineau (Gemma ‘Byzantium’ Arterton) or experimented on by the callous Dr. Caroline Caldwell (Glenn ‘Guardians of the Galaxy’ Close) – who’s trying to find a cure to the disease.

When the base they are on is overrun by ‘Hungries’ - the zombie like infected humans – these three main players along with Sgt. Parks (Paddy ‘Dead Man’s Shoes’ Considine) and a couple of other soldiers go on the run. Further threats emerge en route the last human main base which include not just contamination and getting munched by the Hungries but also a very nasty bunch of feral half human / half hungry kids.

me on the left 'full hungry snarl'

It’s grim stuff but the plot cracks along and these are characters you’ll soon care about. The action scenes are fantastic considering the small budget and the cinematography of a UK which has been wrecked will haunt you – as will the ending.

The Hungries are superb – fast running, nightmares, all teeth and wild eyes. I had the privilege of being one of them for the base attack scene (look out for the one with very little hair leading the run past Arterton in the midst of the action!?). It was an absolutely blast to get to be part of this film and I’m delighted that it’s turned out so well! 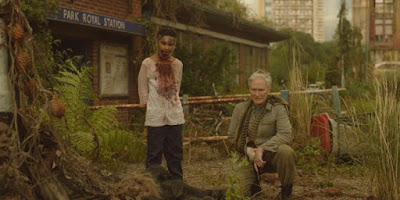 Melanie is a messy eater

The Girl With All The Gifts is a scary thrill ride you really should take.

Laughs ööö – Occasionally funny but it's laughter in the dark

Horror öööö – Strong horror violence - not for the squeamish

Read my interview with Mike Carey who wrote the novel: INTERVIEW 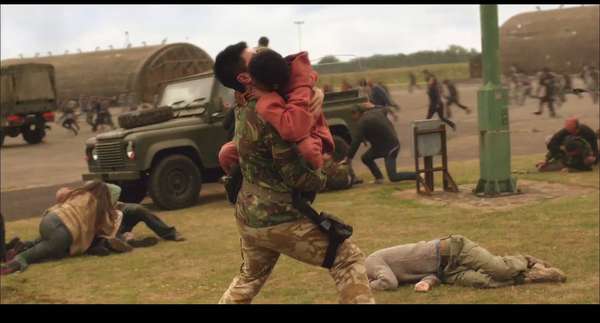 blue top behind back of Landrover 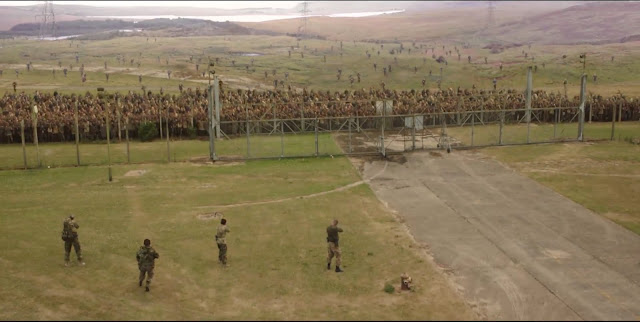 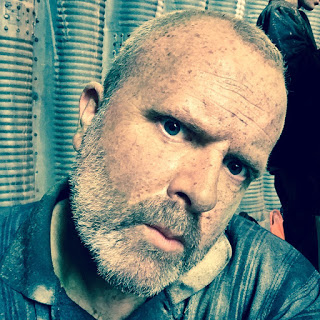 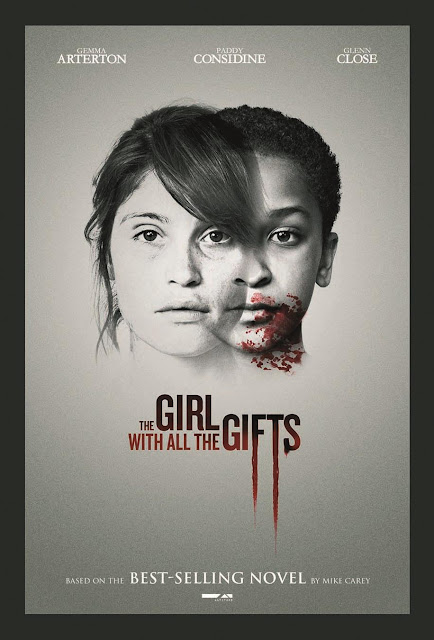 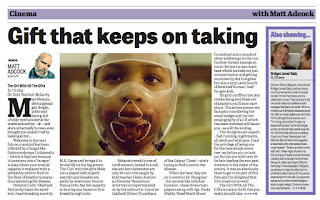