The Magnificent Seven (12a)

Read the newspaper version of this review over at: The Chronicle

Saddle up for some good ol rootin’ tootin’ slick gun-slinging action on the big screen as action director Antoine ‘Training Day’ Fuqua remakes the classic story of seven men willing to stand against impossible odds – as long as they get paid. 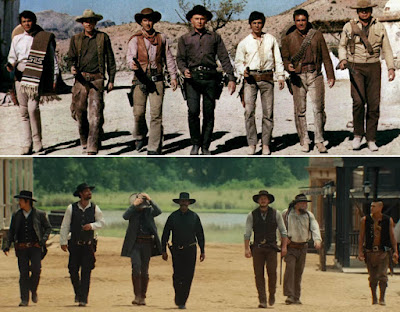 This modern vision may not have Steve McQueen, Charles Bronson or Yul Brynner but it does have guns, lots of guns and an explosions budget that would potentially win the war on terror.

So does The Magnificent Seven live up to its swaggering title? Well, kind of. If you’re a fan of the original put all thoughts of that aside as this new take is more like a western version of Suicide Squad –less back story and more action. I’m really not kidding about the action folks, pretty much the whole last hour of the film is a protracted gunfight which is both desperately exciting and wonderfully choreographed. If you’re averse to seeing people getting shot, stabbed, blown up or beaten then this really isn’t the film for you (and it’s quite violent for a 12 certificate). 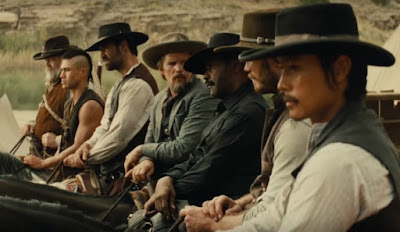 Also on the crew are Billy Rocks (Byung-hun Lee), a lethal assassin, token Mexican outlaw Vasquez (Manuel Garcia-Rulfo) and Red Harvest (Martin Sensmeier), a Comanche warrior. Yes, it’s a melting pot of races and creeds coming together as brothers for a single purpose – which made we wonder if on the frontier things were ever quite so good natured between such disparate folks.

The build up to the violent showdown is handled well and even finds time to squeeze in some humour. Everyone goes about the gun-slinging business with gusto and damn Denzel Washington looks cool. The cinematography is decent and the action when it comes will delight those who enjoy a good big screen shootout.

So whilst not quite ‘magnificent’ this seven is certainly exciting and well worth a look!

Horror öö – Not too nasty but certainly violent in places 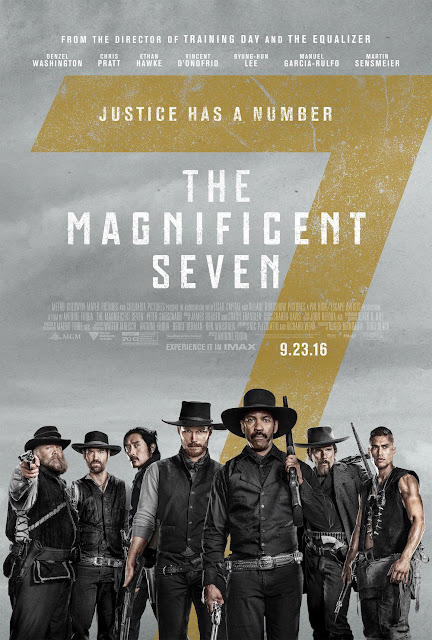 For a spiritual take on this version see; The Christian Today review
Posted by Matt Adcock at 10:35 pm

Averse not adverse.
Sounds like one worth seeing on the big screen. It's been a long time since a good old western action film has been around. When was the last one. Oh, The Hateful Eight. Strangely enough I didn't rate that one. Hope this delivers as promised.