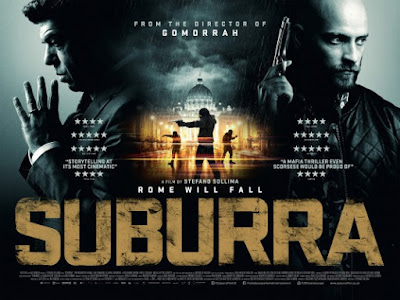 
“Manfredi Anacleti came to my house and kidnapped my son. You said you’d protect me and you didn’t…”

Prepare yourself for an Italian apocalypse of criminal chaos, corruption, sleaze and heavy duty violence. Suburra is a powerhouse of a film that beguiles and thrills in equal measure. Detailing the violent aftermath of what happens when Filippo Malgradi (Pierfrancesco ‘World War Z’ Favino) a prominent MP gets caught up in a very sticky situation after an under age girl dies of an overdose in his hotel room.

Blackmailed by Spadino (Giacomo Ferrara) the unstable scumbag who helps dispose of the body, Malgradi turns to a dangerous thug known as Number 8 (Aureliano Adami) to make him reconsider. Needless to say things don’t go to plan and an escalating spiral of violence, kidnapping, revenge and brutal extermination ensues thanks in no small part to local crime boss Samurai (Claudio Amendola). 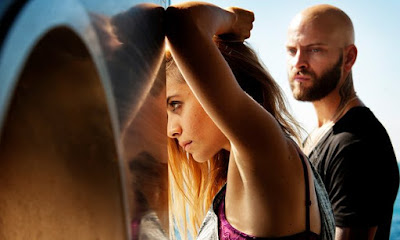 Tension in the air

Suburra is a gutsy, beautiful and haunting neo-noir crime-em-up that grips from the start and doesn’t let go. The violent set pieces are just incredible, burning themselves into your mind’s eye – from an impromptu hit on carried out in a steamy spa complex through to a reckless shootout in a crowded supermarket – they are handled with the stony cool cinematic style of say Michael Mann at the top of his game.

Nice night for a walk

What also elevates Suburra above the trashier end of the crime flick genre is the quality acting and characterization backed up by superb cinematography and a killer soundtrack from M83. I really wasn’t expecting such high standards from a big screen effort financed by Netflix – but now can’t wait to see the planned follow up TV series!