Review - King Arthur: The Legend of The Sword 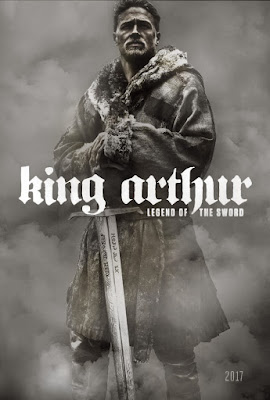 King Arthur: The Legend of The Sword (12a)

“I am here now because of you. You killed my family. You sharpened the blade. You created me.”

Cor-blimey if it isn’t that geezer King Arthur (Charlie Hunnam) – he’s a right royal sort, got a pretty nifty sword and a posse of pals… Yes, here’s the latest big-screen reboot of the Arthurian myth, from none other than Guy ‘Lock, Stock & Two Smoking Barrels’ Ritchie. 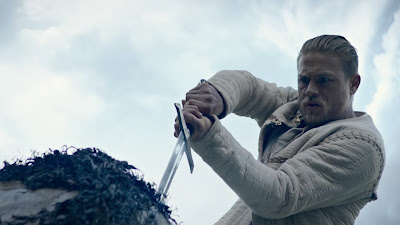 Kicking off with a handy flashback which shows nasty Uncle Vortigern (Jude ‘Spy’ Law) betray Arthur’s noble father - King Uther Pendragon (Eric ‘Lone Survivor’ Bana) - and orphan the poor young noble. Arthur is condemned to being brought up as a nobody in a brothel to escape his vicious usurper Uncle but thanks to a Rocky-like training montage with martial artist trainer George (Tom ‘Kick Ass 2’ Wu) he’s soon all grown up and adept at kicking butt.

Cue a tale of swords ‘n banter as the ‘true born King’ Arthur finds Excalibur, vows to avenge his family and possibly claim the throne for himself… Arthur is helped in his quest by one of his Father’s knights - Sir Bedivere (Djimon Hounsou), a beautiful mage (Àstrid Bergès-Frisbey), plus his posse of Sir William "Goosefat Bill" (Aiden Gillen), Sir Tristan “Wet Stick” (Kingsley Ben-Adir), plus Backlack (Neil Maskell) and his son Blue (Bleu Landau). Can this rag tag bunch of rebels overthrow Vortigern’s evil empire and free the land from oppression? 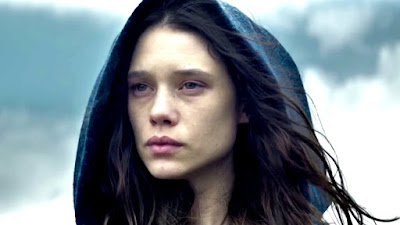 So is this ‘Legend of the Sword’ actually any good? Ritchie brings his trademark quick cut narrative which he uses in his Sherlock films – its born out most effectively where Arthur talks through an entire negotiation in advance - rendering the actual plot development unnecessary. It’s quirky and unfortunately doesn’t fit well in the medieval setting – much better however are the brutal fight and battle scenes. When Arthur wields Excalibur, time slows down and bad guys die – end of…

There has a definite feel of being an origins tale – designed to kick off a franchise, it takes the much loved and multi-faceted legend, mixes up the mythos, playing fast and loose with it and delivers something entirely new. Jude Law is the weakest element (yes even with a David Beckham cameo) but Hunnam carries the film with his likeable charisma so all is not lost. 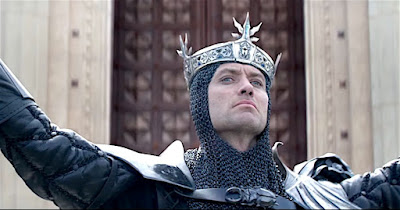 This new King Arthur certainly won’t please purists and is no classic but for those looking for a creative, exciting, fantasy action romp there is much to enjoy. 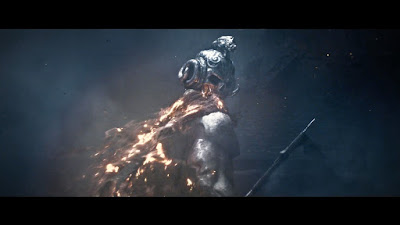 Horror öö – Some violence and scares 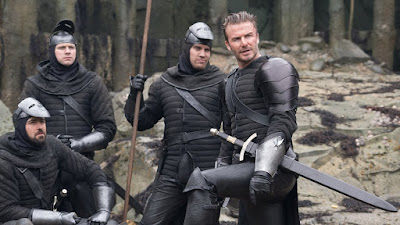