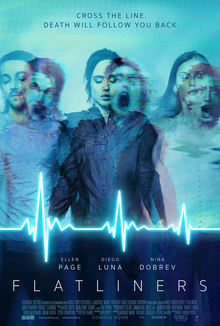 “You Haven't Lived Until You've Died…”

What happens when a bunch of medical students get obsessed by what lies beyond the confines of this mortal life? Well, in Flatliners (a remake of exactly the same film from 1990) they embark on a risky experiment - stopping their hearts for short periods to ‘die’ and then be resuscitated in order that they can actually experience the afterlife and live to tell the tale. What on earth could go wrong? 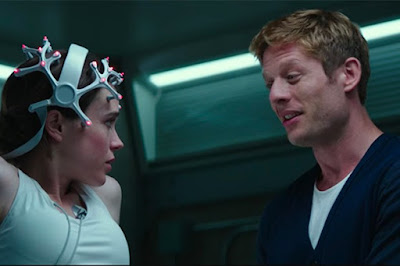 First to defy death is Courtney (Ellen ‘Juno’ Page) – she’s obsessed with finding out if there is life after death due to the fact that she accidentally caused the death of her young sister. Then there’s Jamie (James ‘Grantchester’ Norton) who plays a womanising cad trying to get by doing the absolute minimum work. Also on this near-death ride is Marlo (Nina ‘The Vampire Diaries’ Dobrev) who is hiding a past fatal mistake and goody goody Sophia (Kiersey ‘Bad Neighbours 2’ Clemons) complete with an overly controlling mother.

Then there’s the more sensible Ray (Diego Luna) who refuses to go under and experience death but is happy to help with the procedure for his friends. Of course, death doesn’t like being tinkered with and the meddling students start to get all sorts of demonic hallucinations – that just might actually kill them!? 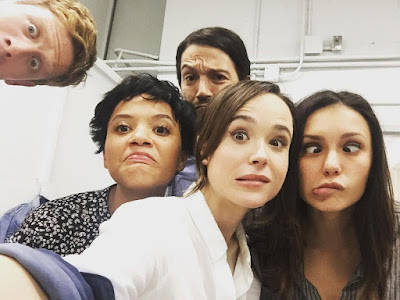 "at least it looks like the cast had fun on set"

Oh, there is an obligatory cameo - Kiefer Sutherland from the ‘90s version - who plays one of the medical professors but even he seems a bit bemused to be there. So slowly but surely the lurking dread tries to build up but it all feels a bit forced.

Once the film shifts gear from pseudoscience thriller into limp horror-wannabe, it’s all weak jump scares and unexpected loud noises. Have the sins of the past found a doorway through the near death and come to settle scores? What are the chances that every single one of the students has a sinister secret too huh?

Ala, the film starts to desperately drag despite the competent cinematography and great cast – especially Page who is just awesomely wasted in this role. Director Opley seems determined to slavishly make his version almost but not quite as good as the original (apart from the special effects).

Some lines shouldn’t be crossed and unfortunately, the line for tickets to see this new Flatliners is one of them.

Awesomeness öö – not much alas