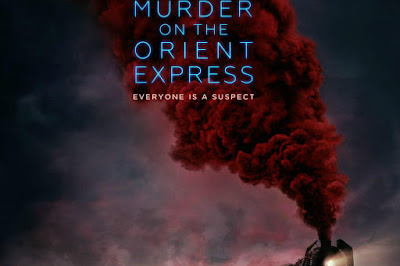 Murder on the Orient Express (12a)

Read the newspaper version of this review at: The Observer

Foul deeds are afoot on the most famous train in the world (other than perhaps The Hogworts Express). Here we have an all star update of Agatha Christie’s famous whodunit which sees the ridiculously moustachioed Belgian detective Hercule Poirot (Kenneth Branagh) pondering the killing of a Mr Edward Ratchett (Johnny Depp) which happens en route to Paris from Istanbul. 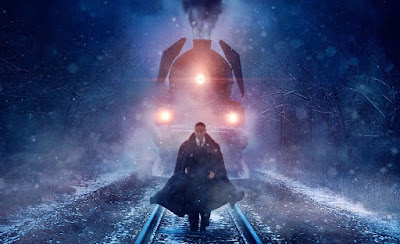 "sorry for the delay, Branagh on the tracks" 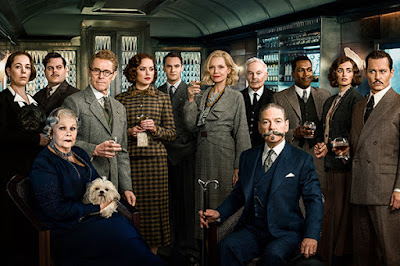 Alas, even with so many A-grade talents vying for screen time, the end result is a thrill-free snooze fest (I clocked several people gently snoring their way through this in the screening I was in). It’s a shame because it all looks lovely and has occasional bursts of stunning cinematography but nothing here rivals the classic and much more sinister 1974 version in terms of anything other than production values.

It seems to take forever to get going, and lacks a consistent style which means that rather than an edge-of–your-seat mystery, Branagh delivers a ponderous mystery culminating in a weirdly underwhelming finale which sees Poirot and his crazy 'tache explaining the killer’s motivation whilst the suspects are gathered at long table framed to look like the last supper. 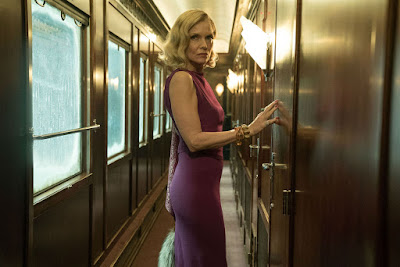 "the queue for the toilet wasn't too bad"

Director Branagh is also guilty of giving himself the lion's share of screen time which feels a little self indulgent when there is so much other acting talent on hand. Oh and if his prosthetic moustache isn’t up for a ‘best supporting actor’ award it will also be a crime.

There is surprisingly little nastiness, violence, cussing or gore – so you can take your granny with you without fear. But a horrendous murder in a claustrophobic setting like a train should really be more unnerving and involving.

In the end, this is a murderous cinematic train-ride that manages to not be a complete train-wreck but never feels like it hits full steam.

Laughs öö – Limited unless you can't stop sniggering about that tache.