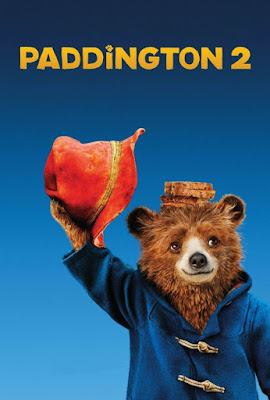 Michael Bond's furry fun loving, marmalade endorsing, orphaned little bear is back. Since his first excellent big-screen adventure, Paddington (once again voiced by Ben Whishaw) has happily settled in with the Brown family and become a popular and useful member of the local community. 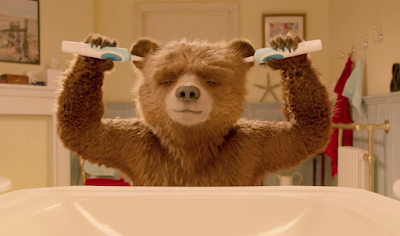 Now his Aunt Lucy's 100th birthday approaches and he must find a perfect gift for her, as luck would have it, a unique pop up book of London has been found in Mr. Gruber's antique shop. The only drawback is that it costs a grand and so Paddington enters the world of work in order to save up and buy it. But when the book is stolen, it's up to Paddington and the Browns to unmask the thief and see justice done.

The good news is that this sequel is simply superb on all levels, packed with genuine wit and winning performances from the human contingent, and blessed with a fun lite-weight plot which bounds along without ever being tiresome…

Baddie of the piece is the villainous Phoenix Buchanan (a wonderfully OTT performance from Hugh Grant sending himself up) - a bitter faded actor looking to launch is own one-man show on the West End. The detective subplot leads to a hair-raising finale that sees a steam-powered chase, hand-to-hand combat and an anxious life-or-death moment that had the children in the screening I caught this at squealing in delight.

Due to some miscarriage of justice, Paddington finds himself behind bars but being a cheerful young bear he has in no time befriended the dangerous criminals he’s locked up with who include Knuckles McGinty (Brendan Gleeson), T-Bone (Tom Davis) and Jimmy the Snitch (Robert Stevenson).

The CGI animation is exceptional, Paddington himself is a walking, talking, wonder and other nice touches abound such as a moving scene of 2D paper cut-outs which mimic the classic ‘70s TV show).

Everything works so well, director Paul King has served up a winning treat, refreshingly free of cynical cash grab merchandising (unless you count the numerous plugs for marmalade) – effectively capturing a joyful innocence. This is a must-see for anyone who with children or those who are just young at heart. 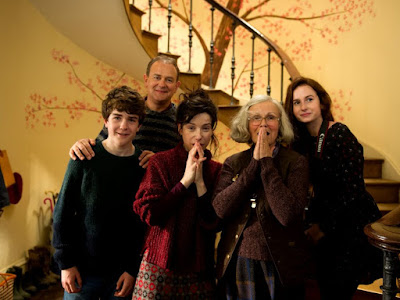 (4.5 - Very tasty marmalade sandwiches all round)

Laughs öööö – Lots of good laughs to be had

Horror ö – A little tense but nothing very grim


Spiritual Enlightenment öööö - Looking for the good is good way to live...
Posted by Matt Adcock at 10:26 pm