Matt dives Under the Silver Lake 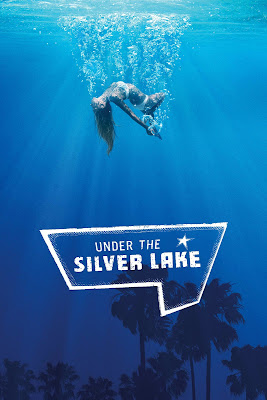 “Our world is filled with codes, subliminal messages. From Silverlake to the Hollywood Hills...”

In select cinemas and available to stream Under the Silver Lake is a heady slice of Californication from the mind of Director David ‘It Follows’ Robert Mitchel. What we have is a feverish neo-noir mystery featuring aimless slacker Sam (Andrew Garfield) that riffs on paranoia, secret code-cracking, sleuth films such as Brick, Mulholland Dr. and Inherent Vice.

The plot sees Sam caught up in the weird and unsettling aftermath of the unexplained disappearance of his beautiful neighbour Sarah (Riley ‘Logan Lucky’ Keough). Being a good sort, or maybe just because he’s more than a little smitten with her, he embarks on a quest across the city to uncover what has happened to her. What follows is a delirious mystery-em-up that delves into the murkiest depths of scandal and conspiracy in the Hollywood Hills.

Not short on homage – there are conspicuous nods to Hitchcock, Lynch, Carpenter, and Paul Thomas Anderson scattered throughout this screwball tale and yet Under the Silver Lake is something unique and fascinating in its own right. There is a definite slightly unhinged feel to proceedings – with a deranged dog killer stalking the neighbourhood, an enigmatic high-roller who dresses as a pirate and a conspiracy theory nut who writes short ‘zines’ about a deadly naked female murderer known as the ‘Owl’s Kiss’. 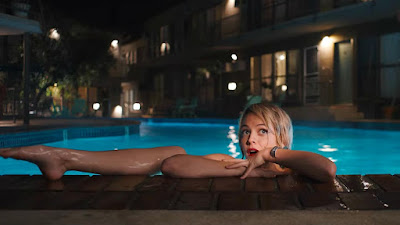 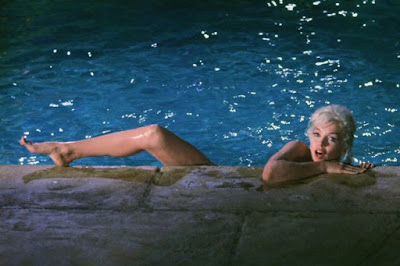 Things get weirder as the film progresses with Sam meeting the "Homeless King" (David Yow) who takes him to an underground bunker beneath the Silver Lake and through whom he finds the enigmatic Songwriter (Jeremy Bobb), who has been secretly controlling popular culture through subliminal messages hidden in the hit songs he has written for Nirvana, Backstreet Boys and more…

As the mystery deepens – there are some freakish twists and turns plus some grisly violence. There is also a ton of nudity throughout, it seems barely any of the female characters get through the movie without appearing topless or in a skimpy swimsuit which makes it somewhat of a blatant male fantasy piece.

What makes the film sparkle though are some genius moments such as a fantastic ‘Amazing Spider-Man’ reference which sees Garfield sending up his former role. There are probably a lot of hidden messages in the film too which would require repeat watching to unpack.

Overall Under the Silver Lake is an oddball romp worth investigating as a future cult classic.

Spiritual Enlightenment öö - Some mysteries should be left alone?