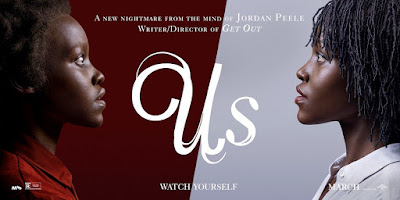 How do you fight an enemy that understands you, can anticipate your every move and will not stop until it has destroyed you? That’s the eerie premise of Us.

In 1986 a young girl, Adelaide (Madison Curry), has a traumatic experience in a sinister hall of mirrors when she wanders away from her parents at an amusement park in Santa Cruz. Just what happened to her isn’t revealed until the climax but whatever it was set off a terrifying chain of events that could jeopardise everyone’s future.

Now in the present, Adelaide (adult version - Lupita Nyong’o) has a family of her own and they revisit the very same beach even though she has misgivings about it. Her husband, Gabe (Winston Duke) has arranged to meet up with his awful friends the Tylers, a white family who are all about one-upmanship and chilling – summed up by the mum Kitty (Elisabeth Moss) who needs her rosé wine ‘medicine’ even at the beach.

That night a look-alike family dressed in red jumpsuits turn up and start to terrorise Adelaide, Gabe and their children, teenage daughter Zora (Shahadi Wright Nelson) and younger son Jason (Evan Alex). It seems that each member of the family has their own evil clone who has come seeking unspecified vengeance. 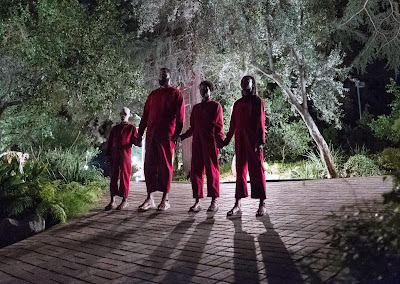 Director Jordan ‘Get Out’ Peele has a lot of fun adapting the home invasion horror tropes. He packs in a ton of cultural reference points, film nods, easter eggs and some dark comedy laugh-out-loud moments which help break up the sustained graphic violence and almost unbearable tension.

Us amps up an effective eerie atmosphere and doesn’t skimp on the shocks – the guy next to me in the cinema was screaming throughout!? Nyong’o – who was great in Black Panther - is the beating heart of the film. Her nice / nasty dual role is an exceptional master-class which deliciously provokes both empathy and fear in equal measure. 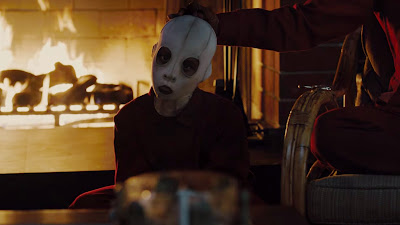 'A kid with issues'

The soundtrack is excellent too, one stand-out scene sees the mayhem play out to a combo of Beach Boys and N.W.A. The younger members of the cast get to deliver some scene-stealing violent encounters both as their normal and evil selves.

As the nightmare plot twists and turns it brings some breath-taking originality which packs in a multitude of creative ideas and the subtle social commentary too. There are parallels with biblical tales of opposed people being released and taking what is rightfully theirs as well as a modern-day cry for justice that seems out of reach for so many poor / underclass people. 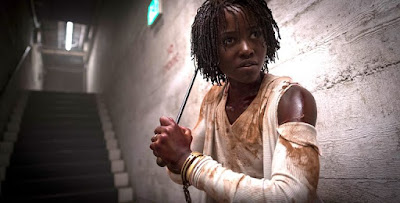 'Fight for your family'

This is a horror film for sure but one that will make you think long and hard - Us is family holiday thrill-ride worth taking for more than just horror fans.

Spiritual Enlightenment öö - How well do you know your family? 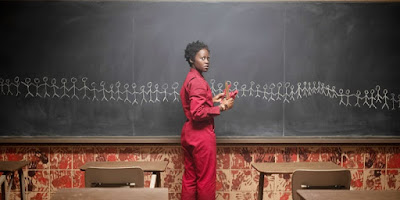