Matt feels the heat of the Burning Men 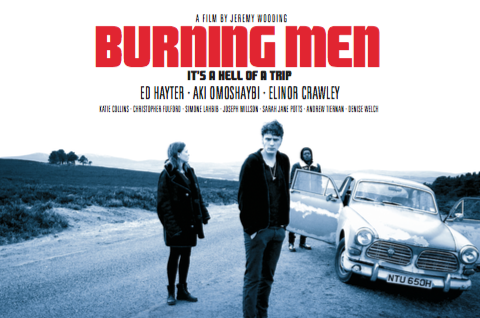 Here’s something new and cool. Indie Brit flick Burning Men comes on like a buddy drama and then brings a fun mix a rock ‘n’ roll road movie, unnerving horror-lite and adds some quirky comedy for good measure…

Horror flicks are often great ways for those with cinematic aspirations to cut their teeth and Burning Men unleashes winning youthful energy onto the screen, shot through with a touch of the macabre. The plot sees two pals Ray (Edward Hayter) and Don (Aki Omoshaybi) trying to get their band going but struggling due to limited finances and lack of inspiration.
Their dream is kick-started when Ray literally finds his girlfriend sleeping with their bassist as they are being evicted from their shared flats. With nothing now tying them to London, they decide to cash in their extensive vinyl collection and go to the USA in order to win over the psycho-billy crowd out there. 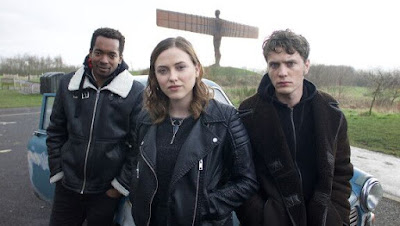 "watched over by angels?"

Things don’t quite work out as planned though thanks to the market value of their second-hand records not being enough to buy em flights to Luton, let alone the US. But Ray is a resourceful guy and grabs a chance to make some serious cash but stealing a rare ‘black metal’ acetate said to be worth five grand – but also packing a demon summoning curse – and so the scene is set for a supernaturally infused road movie with a difference.

The two pals embark on an odyssey from London to Newcastle via Norfolk and the Northumbria moors - and by the end are driven by dark forces to the holy island of Lindisfarne. I won’t say any more about the plot except that it includes burning scarecrows, violent Scandinavian death metal thugs, drugs – lots of drugs, and a possible new romance along the way. 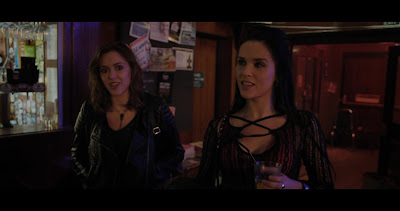 “An original mix of road movie, buddy movie and psychological thriller. It charts a troubled young man’s journey, Ray’s journey, towards recognising his gift of second sight. It is also a story of relationship dilemmas as Ray finds himself torn between his best friend Don, and
fellow traveller Susie. It’s both a fun and often unsettling adventure, full of colourful characters and packed with great music.”

Hitchhiker Susie (Elinor Crawley) adds both a sense of light relief and a little mystery after she decides to stick with the pals after her friend Gemma (Katie Collins) splits – after bedding both the boys. The relationship between this core three is the glue that carries the film as the writing is a bit basic and unengaging at times. Hayter and Omoshaybi are on good form though and imbibe their characters with enough likeability to make you care what happens to them. 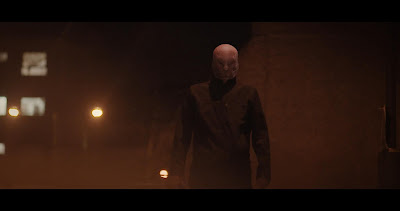 Themes of mental health, family breakdown and erm, Aryan supremacy are all worked in and whilst the horror premise never really delivers anything very scary it all ticks along in an enjoyable blur. Burning Men feels like it homages many other films such as Green Room (evil rock racists), Puritan (unsettling dark magic references) and The Borderlands / Final Prayer (increasing sense of being manipulated by darkness) but in the end, manages to stand as something new in its own right.

One highlight of the film is Justin Adams’ musical score which gives a good range of shifting vibes and there is a great soundtrack curated By Burning Men Pictures in association With Red Menace Records that features a heady mix of artists. Another unexpected highlight is the wicked cool Volvo Amazon that evokes the Trabant car used on stage/album cover of U2's Achtung Baby. 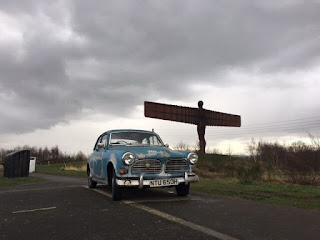 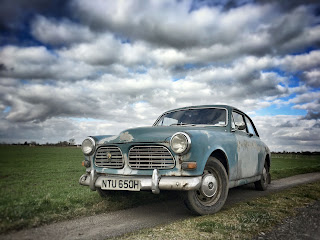 Burning Men might not quite hit the full cult classic status but it is a decent Brit effort which is worth a look. There are a number of places to catch it on the big screen this month with the bonus of having a Q & A session thrown in.


Burning Men is hit cinemas on 1st March, with a regional tour across the country. For more information, please head to: BurningMenTour 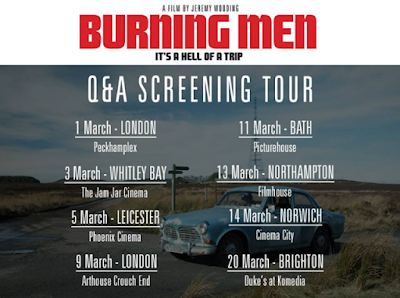