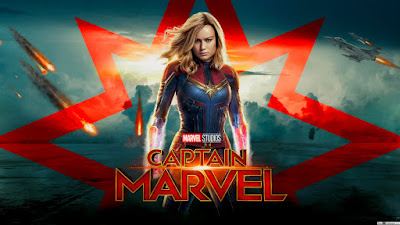 When even the mightiest Avengers are beaten and in need of a saviour – who you gonna call? Well anyone who’s seen Infinity War will know that Nick Fury sent out a cosmic pager SOS message at the end and in order for us to know just how powerful a helper he is calling, here we have the origin story of our potential redeemer: Captain Marvel.

Captain Marvel – also known as Carol Denvers (Brie Larson) belongs to a literally blue-blooded hero warrior race called the ‘Kree’. But it’s possible that she’s much more human than anyone realises. Her superior / mentor Yon-Rogg (Jude Law) has been training her to get control of the pure photo energy that seems to course through her and which she can shoot bolts of out of her hands. 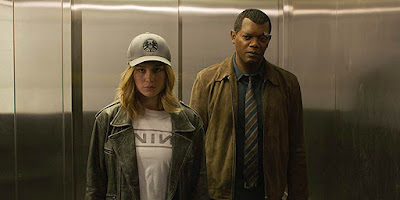 When shape-shifting Skrull aliens invade 1990s earth to try and trace a scientist working on a light-speed engine — Captain Marvel also arrives to try and stop them. Crash landing through the roof of a Blockbuster Video she certainly makes an entrance, attracting the attention of a cleverly de-aged Nick Fury (Samuel L. Jackson).

Cue lots of chasing, fighting and movie references such as Top Gun (there’s a cool cat called ‘Goose’) and some lovely aerial combat. Directors / co-writers Anna Boden and Ryan Fleck play the Marvel rulebook blow-by-blow in establishing the Cap’s back story and explaining her incredible powers. But there is real heart here and a brilliant ‘90s soundtrack helps everything tick along nicely to the sounds of Garbage, Elastica and Nirvana to name but a few. 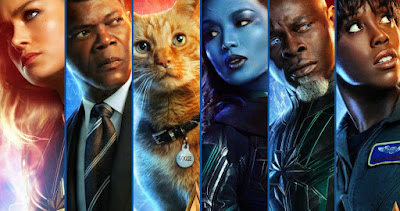 The climax is suitably thrilling as Captain Marvell gets to finally unleash her incredible powers and many semi-loose threads from the MCU are tied up such as where the tesseract was between Captain America and Avengers movies. 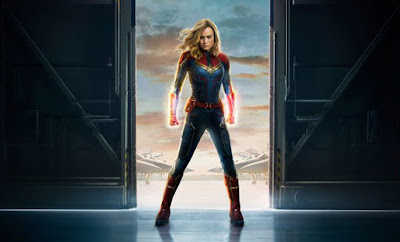 "She wants a word with Thanos"

This is a key part of the Avengers timeline and needs to be seen by all comic book movie fans. Do stick around for the mid and post end credit scenes which are direct links to next month’s End Game.

BTW has anyone seen my Flerken cat anywhere? There’s a new Captain in town and she’s simply Marvellous! 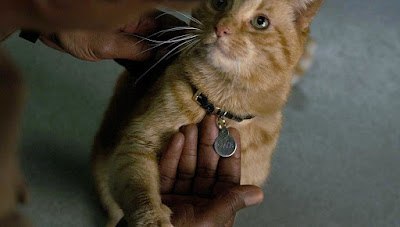 Awesomeness öööö – Captain in battle is wonderful to behold

Laughs ööö – Gets in some good funnies

Horror öö –Not too grim

Spiritual Enlightenment ööö - Fight for what's right
Posted by Matt Adcock at 7:55 am