Matt has No Time To Die (review) 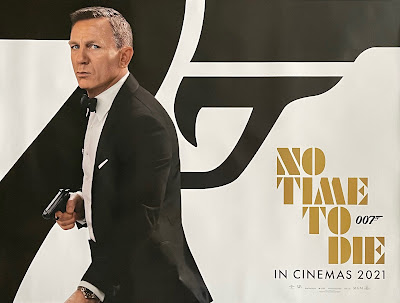 No Time To Die (12)
Dir. Cary Fukunaga
Reviewed by Matt Adcock (@Cleric20)
“James Bond. License to kill. History of violence. I could be speaking to my own reflection. Only your skills die with your body. Mine will survive long after I’m gone…”
Ah Mr Bond – we’ve been expecting you.
To be frank, we were expecting you a year or so back but hey better late than never, I just hope you’ve brought some decent action adventure seeing as this is the final hurrah for Daniel Craig’s incarnation of you…
Yes, here it is British intelligence’s not so secret weapon is finally unleashed and the good news is – No Time To Die is fully epic! This one has the lot - high drama, obligatory camp comedy, really emotional heartbreak and great action scenes that go toe-to-toe with Mission Impossible et al. 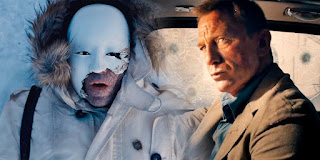 Director Cary ‘True Detective’ Fukunaga brings his A-game that kicks off with an emotionally charged assassination attempt and doesn’t let up for almost 3 hours of high-octane quality Bond. The plot might be your standard bio weapon developed by shady scientists, obviously falling into the wrong hands –those of new baddie on the block Safin (Rami Malek). Safin has a great taste in spooky masks and a personal grudge against Bond so you know it’s gonna kick off big time when Bond tracks him down… Caught up in the maelstrom of carnage is Dr Madeleine Swann (Léa Seydoux) and her daughter, good old M (Ralph Fiennes), shady scientist Obruchev (David Dencik) and brilliant new agent Nomi (Lashana Lynch).
Also returning are long time CIA Bond pal Felix Leiter (Jeffrey Wright) with his new sidekick Logan (Billy Magnussen) and even baddie mastermind Blofeld (Christoph Waltz) – who is still pulling strings despite being locked up Hannibal Lecture style. 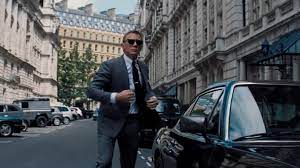 As Bond comes out of retirement to race around trying to save the planet– he gets to employ his gorgeously gadget filled Aston Martin to good effect and go on a Call of Duty style gun rampage which is so violent it almost makes you feel sorry for the baddie minions. No Time To Die is packed with quality dialogue, emotional heft and some stunning set pieces that will form part of the iconic James Bond cannon. Has 007 really been replaced so easily by M15? Has the playboy agent finally fallen in love? Can he save the world one last time? It’s an absolute joy finding out!! 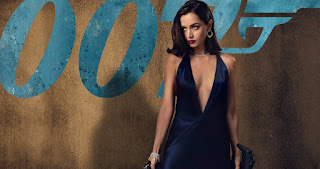 (5- Prepare to shaken and stirred – this is essential viewing!)

Click below to find out about my  dark sci-fi novel...