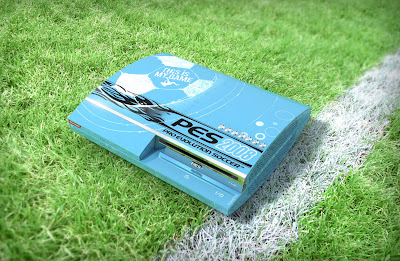 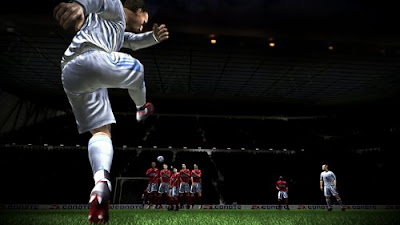 It’s coming home, it’s coming home, it’s coming… football’s coming home (to the next generation), in this case to Sony’s powerhouse PS3. But is this the year that EA nick a smooth Man United style win from the slick ‘footie–tastic’ Pro Evolution Soccer or will they manage to trip themselves up in a Tottenham* stylee… i.e. letting in as many goals as they score!?
I found myself playing Fifa ’08 on a massive high definition screen in Virgin’s Megastore in London on the night before it launched. I had a few minutes to kill as I was waiting for my mate Mike who was en route to check out a press screening of Black Sheep with me – but I digress…
My initial thoughts were ‘oh man it’s beautiful’ because the Fifa ’08 is seriously visually gorgeous, I mean like a dripping wet rubber dress wearing Keira Knightley (of footie games), absolutely stunning.

This is next gen graphics doing what we want them to do – burning detail into the retinas of all who see them. I was impressed, the pitch looked so good you could almost smell the freshly cut grass, the stadiums glistened and even the fans looked the part and yet at the same time the players for all their motion capturing technology still look like the slightly uglier mutant brothers of their real life counterparts. No matter, visuals can only get you so far, it’s gameplay that makes of breaks a game, gameplay and possibly super advanced A.I. In Fifa ’08 the players make over 1000 decisions every second, can apparently strike the ball in a virtually infinite number of ways and the ball physics take into account wind speed, player skill / balance, spin from the pitch etc… But all of this would be for nothing if it didn’t play well.

So you ask ‘Matt, how does it play?’ and I reply ‘FIFA ‘08 is a surprisingly wonderful realistic football sim - one that will make you think like a real player no less’. And by that I don’t mean, thinking ‘I should be earning at least £50k more a week for all my skills!’ or ‘Who’s that pop starlet in the VIP box?’ No, I mean, ‘I’m going to take the ball on the outside of my foot, control it, dummy the last defender and score!’

Just so we’re clear – I it plays real sweet, real like erm, real football!? Yes there’s no more sticky feet or homing missile passes, the game ebbs and flows with disturbing authenticity – you’ll have to fight for every ball. This didn’t go down so well with my 6 year old son – he soon defected back to Fifa ’07 on the PS2 but for someone looking for a more realistic footie experience, step up for some quality Fifa action!

Darkmatters rating: öööö (4/5 might actually be a worthy PES alternative this year...) 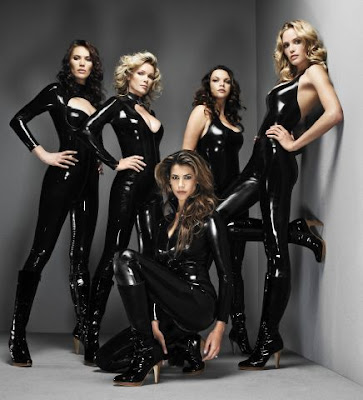 "in other non related gaming news... look how good it is when lots of women who have played Laura Croft all put on black rubber catsuits - erm, yeah, that's it really"
Posted by Matt Adcock at 10:30 pm