Stardust vs The Dark is Rising 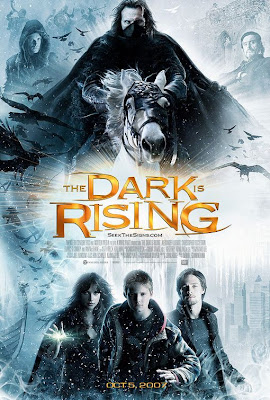 "It's rising but can it compete with Stardust?" 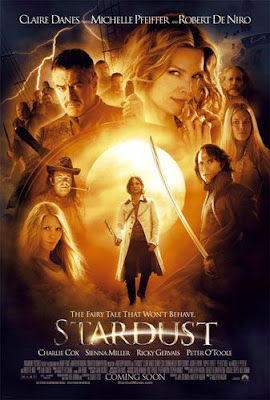 "Contender for fantasy film of the year?"


Fantasy as the name suggests is the ultimate genre for indulging our make believe wishes – a place for the fairy tales and fables that root our culture and teach us at a young age about life, the universe and everything.

This half term holiday sees another couple of contenders plying their magically enhanced storylines in cinemas – first up is Stardust (big budget, mega cast and based on respected author of comic books and fantasy novels Neil Gaiman). The second is The Dark is Rising (a darker, lower budget and more occultish effort based on the second of a five part series by author Susan Cooper).
So are either of these worthy of your hard earned cash and what do they have to offer? I took my ten year old son Luke with me to give a child’s perspective on them, and this is what we thought:

The Dark is Rising will appeal to those who like their fantasy with a mild horror edge and are not hung up on dazzling effects. It’s the tale of teenage Will Stanton (Alexander Ludwig) who unexpectedly finds out on his 14th birthday that he is The Seeker – a warrior for the forces of light in an ancient struggle between good and evil. It takes a long time to build up, then delivers a limited pay off for Stanton and his allies the ‘Old Ones’ – a title that could equally apply to the Brit Thesps playing them (Ian McShane, Jim Piddock etc) as their characters. Ex Dr Who Christopher Eccleston pops up as the envoy of the Darkness AKA ‘The Rider’ but he rarely musters sufficient menace.

Best bit: A swirling mass of darkness follows the rider obliterating all light around it as he sweeps across the countryside...

Action ööö – Not enough really
Laughs öö – Couple of funny bits
Horror ööö – Not grim but unnerving in parts
Babes öö – Cute love interest (but can you trust her?)


Stardust however wields a much more heavyweight epic punch – boosted by literal ‘star power’ this is the most deliciously over the top and enjoyable fantasy film since The Princess Bride. It has evil witches (a glorious Michelle Pfeiffer), camp sky pirates (a scene stealing De Niro) and even a cute falling star in the shapely form of Clare Danes. Stir into the mix some nasty princes both alive and undead, quality good spirited humour and a decent element of threat in which as my son pointed out ‘some characters really died in this – that’s wicked!!’ Stardust romps home delivering action, romance and fantasy spectacle over and above expectations.

Best bit: Captain Shakespeare - every time he's on screen is a treat!

Action öööö – Plenty and doesn't pull its punches
Laughs ööö – Quality mirth to be had
Horror ööö –
Babes ööö – Danes is yummy, Pfieffer you still would

So whilst both films are worth a look, Stardust is the ‘must see’ choice and it will take a mammoth effort from The Golden Compass to wrestle the ‘fantasy film of the year’ title away from it!