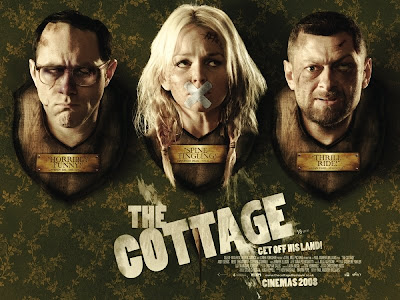 Every once in a while a film catches you unawares with its powerhouse performances and gritty directional style – a film like London To Brighton (2006) which introduced hot new director Paul Andrew Williams to the cinema going public.

Now he’s back with a very different offering, gone are the gangsters and under age hookers, in come erm, okay, well more gangsters but also a seriously demented and highly psychopathic farmer who takes his moral compass from The Hills Have Eyes.
The Cottage you see is a full on manic horror crime comedy that channels the spirit of winning Brit horror comedy flicks Shaun of the Dead and Severance and manages to serve up a fresh and exciting retooling of the madman slasher genre.

So, take one minor criminal named David (an on form Andy Serkis), add his nancy boy softy brother Peter (Reece Shearsmith) and have them kidnap the hot but foul mouthed and hard as nails Tracey (Jennifer Ellison - see below).

"Miss Ellison getting her skates on but not much else!"

To begin with it’s Serkis that seems to be the bad guy albeit with his heart in the right place, he bickers with his simpering screwup of a brother (who manages to let his foxy hot captive break his nose)… Before you can say “where the hell is this surreal twisted crime comedy going?” you’re suddenly knee deep in decapitated corpses, mutilation and gore – backed up with comedy elements such as best ever man stepping on a rake scene since well perhaps only ever equalled by Sideshow Bob in The Simpsons!? 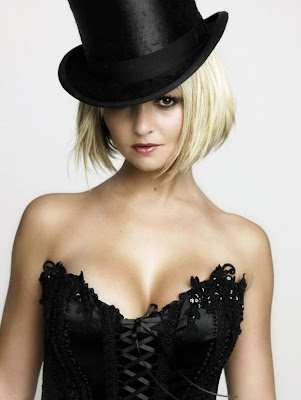 Shearsmith has form thanks to his League Of Gentlemen days and he goes about the slapstick and seriously nasty business with gusto. Director Williams manages to keep you laughing along even though you’ll be wincing at the over the top ultra violence that befalls most of the cast…

Endorphin Stimulation: ööööööö (7)
- Crazy fun action but only if you can stomach serious gore

Mind Blight / Boredom: öööö (4)
- Moves along too quickly to get dullComedic

Value: öööööööö (8)
- Sick senses of humour will find much to enjoy!!

Liable to make you:
"Cancel that farm holiday you’ve booked"

DM Poster Quote:
“Ohh arrr my lover – you be on my land… you’ll never leave!!" 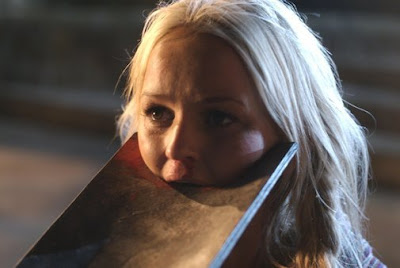 Here’s one of my esteemed reviewer colleagues who seems to not have ‘got’ The Cottage:

But here’s one who did!!
http://tomwade.blogspot.com/2008/03/cottage-cheese-with-blood.html