Never Back Down - the 'Amber Heard rocks' review 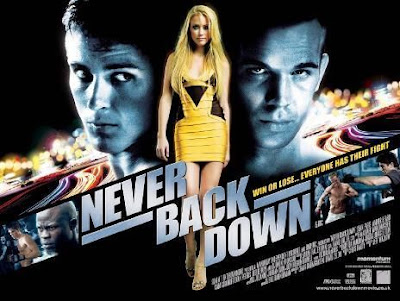 It’s a little known fact that film reviewers are often secret martial arts experts – me, I am an adherent of the MMA (Mixed Martial Arts). This is a combat sport where there are no holds barred, except eye gouging, biting and low blows. Sure the rigorous training regime is a bind but you should see my ripped abs!?

Seems I have much in common with the sexy young people of Never Back Down’s high school in Orlando, Florida where loveable bad boy Jake (Sean ‘the new Tom Cruise’ Faris) has had to move. On his first day he meets the comically named Baja (Amber ‘All the Boys Love Mandy Lane’ Heard) who is the super hot girlfriend of school bully / MMA champion Ryan McCarthy (Cam Gigandet).

Director Jeff ‘Cry Wolf’ Wadlow delivers a violent fantasy teen drama where everyone looks good, all the time, even after a serious beating. Never Back Down basically takes the Karate Kid plot and injects it with the O.C. lifestyle and some bone crunching Fight Club style bouts, plus more bikini clad babes than you’ll ever need to see.

Jean Roqua (Djimon ‘Blood Diamond’ Hounsou) takes on reluctant mentoring duties and the sweaty training montages come thick and fast. All of the characters are rock solid clichés including slightly chubby best friend Max (Evan Peters), annoying tennis protégé younger brother and mother who doesn’t understand why her son feels the need to fight… But in any film with the tag line ‘Everyone has their fight’, fighting isn’t really optional even if the non-fighting or training sections of screen time are mostly filled with YouTube clips, flash cars and partying babes. Speaking of babes, Amber Heard really is something special, I’m thinking a possible ‘American Keria Knightley’; you can see her later this year in ‘The Informers’ – the big screen treatment of the cult Bret Easton Ellis' novel.

Never Back Down is not big or clever and however much it proclaims that “fighting isn’t the answer”, you know that it will end with a one on one fight brutal enough to send a warning message to bullies the world over.
What more can I add except to quote the fabulously named ‘Baja’ who says at one point: "Walking away and giving up are not the same thing." Fortunately neither of those options appeal much to heroic but misunderstood Jake and it is a pure guilty pleasure watching the fireworks go off!

Endorphin Stimulation: ööööööö (7)
- Limited thinking required, except if it is 'wow look at her' or 'ouch, that's got to hurt!'

Comedic Value: öööööö (6)
- Funny in parts, even when it's not meant to be!

Liable to make you:
"take up MMA"

DM Poster Quote:
“don't be a pussy... sometimes you have to fight!" 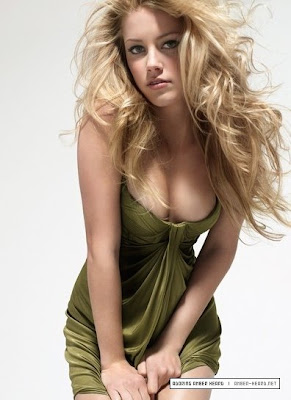 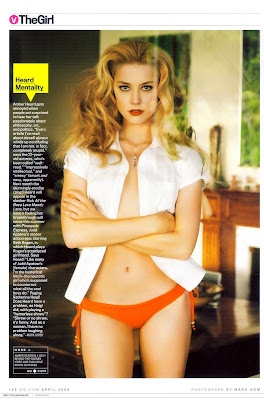 "Amber Heard is a goddess"? Ooohhh that didn't age well