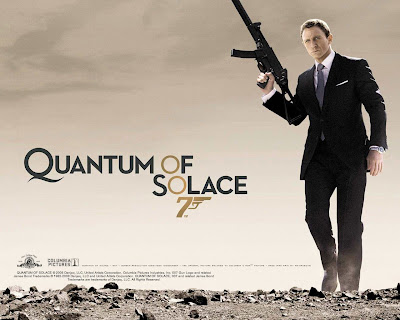 If you’ve come looking for a small degree of comfort, which is what ‘Quantum of Solace’ means, then you’ve come to the wrong place.

Heavy duty action is the name of the game this time as Bond blasts back onto the big screen. Licensed to kill the global box office, the smooth British Agent has already set a UK opening day all time record by taking almost £5million (nearly double what Casino Royale opened with in case you were wondering). But is Daniel Craig’s second tour of duty in the swath tuxedo twice as good as his first?

Unfortunately not, new Bond director Marc ‘Finding Neverland’ Forster sticks with the ‘Bourne’ again gritty gadget-less vibe from Casino Royale but seems to have surgically removed any trace of human emotion. Craig does a good grumpy vengeful force of nature Bond who shoots first and asks questions later – when the minimalist script lets him. Still immensely ticked off at the untimely death of his girlfriend Vesper (Eva Green), Bond gets up M’s (Judi Dench) nose but stumbling across a secret powerful criminal organisation and then killing as many of them as he can.

My Bond girl wife wasn’t impressed, stating that it was all just one action scene strung to another and that the overall experience was dull. As a Bond fan, I wouldn’t go that far, but I have to admit that Quantum of Solace does feel soulless. It’s all very action packed, stylish and looks jolly good but the villain of the piece Dominic Greene (Mathieu Amalric) is a bit duff and just not menacing enough.

Quantum of Solace scores point for its cool cars, jet set globe trotting and foxy females (Olga Kurylenko and Gemma Arterton) but a boys own adventure like this shouldn’t leave an audience feeling mostly underwhelmed.

As M says at one point: “I think you're so blinded by inconsolable rage that you don't care who you hurt. When you can't tell your friends from your enemies, it's time to go…” She could well have been talking to the film makers!?

I imagine that Bond will be back to finish off what could make a decent if not classic Bond trilogy story arc but let’s just hope 007 raises his game in the next one.

"Bond - licensed to tickle your back with his nose..."

I'm a fan so willing to lap up Bond action and not worry too much about the plot - you might not be so forgiving!?

Liable to make you:
"Want to shoot the script writers and launch a covert mission to get Bond's gadgets back..."

DM Poster Quote:
“Shoot them all and let God sort them out..." 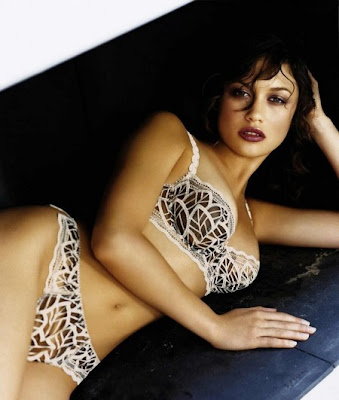 it will be easy to make Quantum of Solace spoofs... every where this Bond goes he breaks glass, he can't get a gallon of milk from the store without it turning into a chase scene, and every time he punches someone in the face, they die

The movie was so intense and cool, the new Bond is so aggressive and emotionless, that is how the 007 should be.