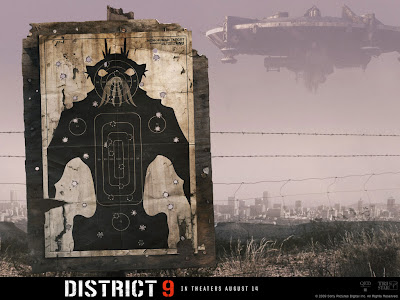 Attention human readers – please note some important details of how to interact with our current alien visitors.

1. When dealing with aliens, try to be polite, but firm. And always remember that a smile is cheaper than a bullet.

2. The aliens are not ‘prawns’ and it is offensive to call them such.

3. If you accidentally ingest any of the alien fuel, please report any changes to your body to authorities as soon as possible – we only want to help.

Thank you for your co-operation. 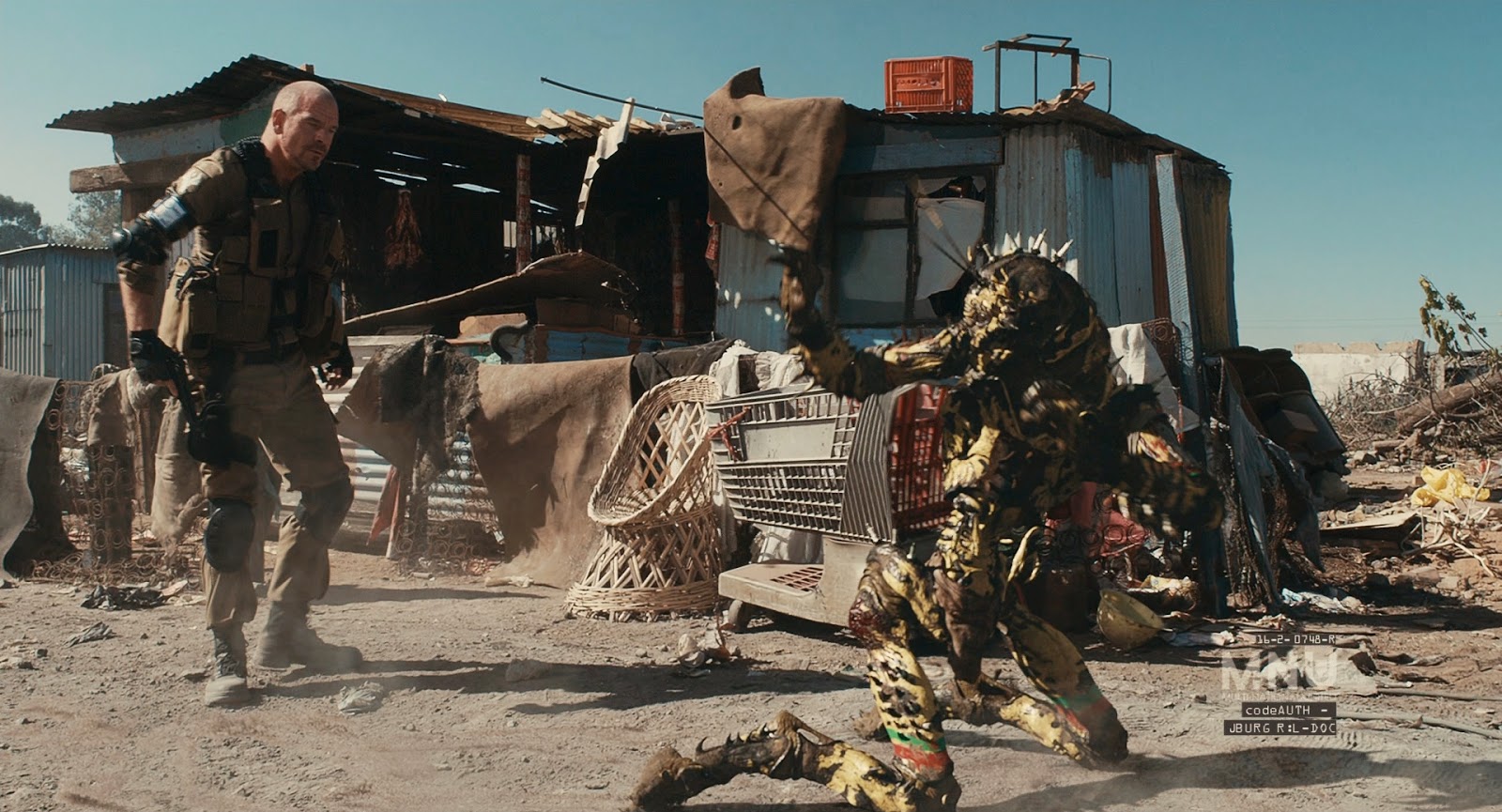 District 9 is a hot new sci-fi, a Peter ‘Lord of the Rings’ Jackson presentation no less. Director Neil Blomkamp (who Jackson picked to direct the ill fated ‘Halo’ movie) delivers a startlingly fresh slice of intergalactic race relations gone awry. It is 20 years you see since a massive alien spaceship parked mysteriously over Johannesburg, and since then the aliens or ‘prawns’ as we nickname them, have been housed in a slum like refugee camp called District 9 underneath.

We join pen pushing doormat Wikus Van De Merwe (Sharlto Copley) who works for Multi-National United (MNU) – a shady corporate security force - on the day he gets promoted to project manage the forceful relocation of the aliens from District 9. 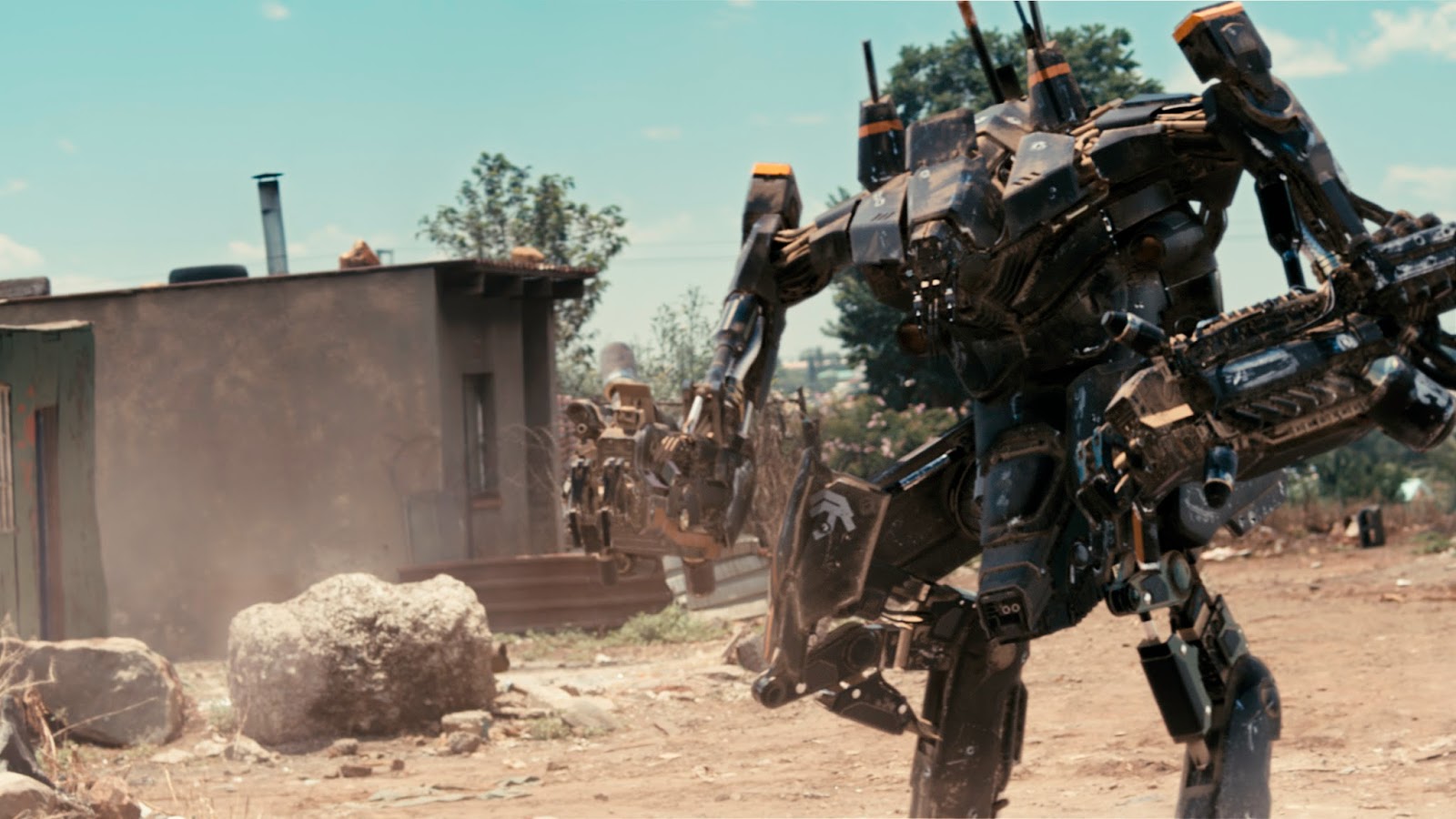 It seems the camp has become a hive of scum and villainy and human / alien relations are becoming strained to breaking point. So far, so much of a sci-fi apartheid allegory but District 9 is far more then that. Whilst going about his job of serving eviction notices Wikus gets exposed to some alien fuel and begins to his horror to transform into one of the ‘prawns’.

This changes more than just his body – although there are suitably icky special effects as he undergoes a ‘Fly’ like metamorphosis. Teaming up with a prawn visitor called Christopher, who seems to have a hidden plan, can Wikus escape MNU who now want him as his DNA is key to unlocking the alien weaponry?

Speaking of which, I wonder if that alien Mech battle armour suit might come into play in a wonderful pulse pounding climatic battle?

District 9 is an excellent new addition to the sci-fi hall of fame, featuring smart, funny dialogue and packing some excellent action and special effects – this is the complete package. 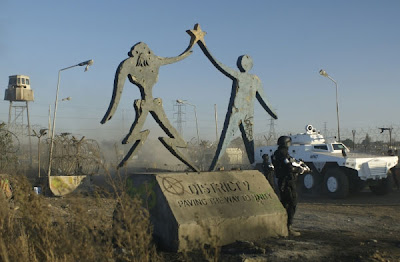 Darkmatters final rating (out of 5)

of: ööööö (5 – original, excellent ideas backed up with stylish direction and tasty action)

Style 4 (has a unique look and feel all its own)

Spiritual Enlightenment 3 (respect should be intergalactic)

I see District 9 as a fable of sorts. It’s like in the old stories that had moral lessons in the end. For me, D9 is a story of a man who had to become what was supposedly repulsive and inferior to truly be able to do the right thing. Up until the last 20 minutes of the movie, he’s a selfish human, driven by desperation and frustration. But when he turns his exo-suit around and decides to save Christopher Johnson from execution, he has transcended both humanity and being alien. He chose to do the right thing. Would we do the same thing if we were in his place? That’s where this excellent South African movie triumphs the most.